Problems with the peas

I'm starting to rev up the garden for spring -- weeding, organizing, etc. In particular, it was time to weed the pea beds and plant some peas. But there was a problem. Can you see it? 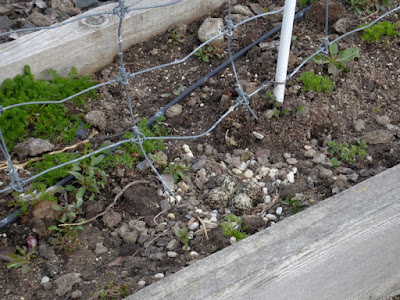 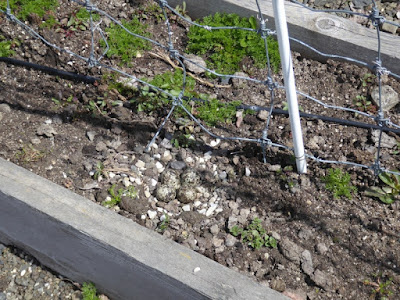 NOW can you see it? 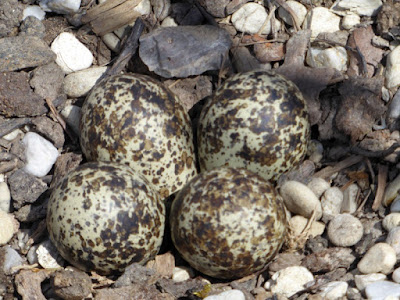 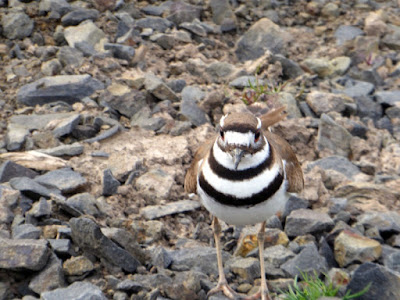 Last year, if you recall, there was a killdeer nest smack in the middle of the garden. Because killdeer babies are precocial, meaning they're up and running shortly after birth, they have an especially long incubation period (up to 28 days). This meant we were unable to do some major infrastructure improvements in the garden (notably, adding more tire beds) until it was way too late to bother, because we didn't want to disturb the nest.

Now that the weather is drying out a bit and we wanted to get some more tires into the garden, I was dismayed to find the killdeer likely had a nest. Trouble is, I couldn't find it.

So I laid low for a while, weeding a bed, and let the mother settle wherever the nest was. Then I stood up and observed approximately where she got off the nest, and went looking. 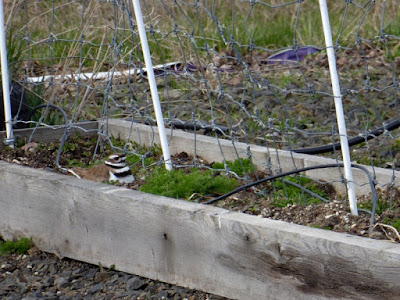 Actually, I couldn't have been more pleased at where they built their humble abode. Located right in the pea bed, it's easy to see and completely safe (at least from accidentally walking on it or running over it with the tractor as we pull more tires into the garden).

However the poor mama is going to have to put up with me weeding around her eggs, then planting peas. I decided to get it all done at once so as to cause the mother as little distress as possible. So one morning I took my seed peas and went to work. 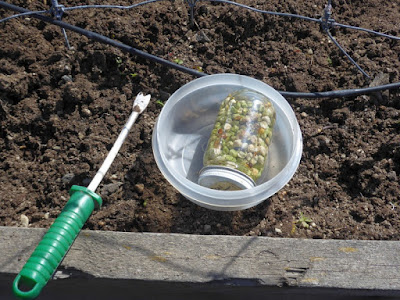 Here I've weeded around the nest. 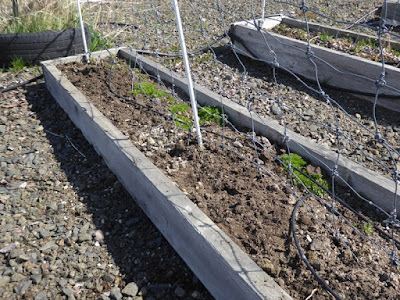 Here the mother (or father, I can't tell them apart) is doing her "broken wing" display, trying to draw me away. 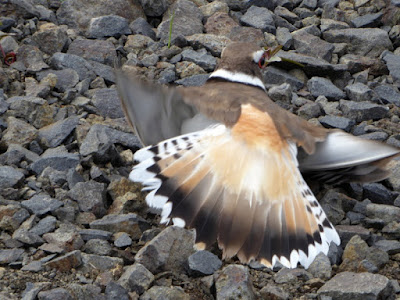 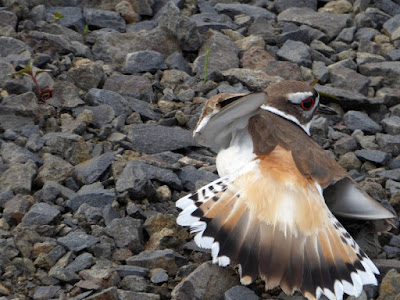 This display fooled me hardly at all, so I kept weeding and planting until the beds were done, about half an hour total. Then she settled right back onto her nest. 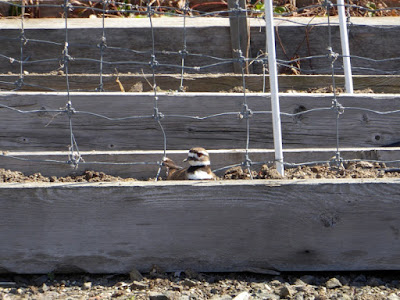 It was about this time Polly died, and we were so busily engaged in trying to get little orphaned Anna fed, so I didn't make it back to the garden for several days.

The next time I checked, I was distressed to see only two eggs. 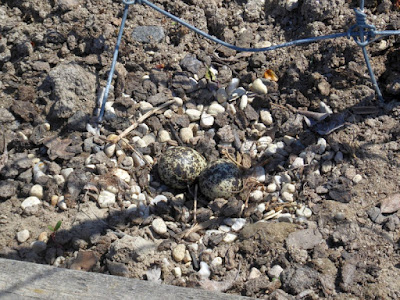 The next day, just one. 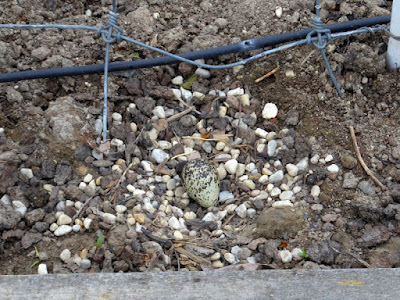 And then there were none, and the parent birds are gone. 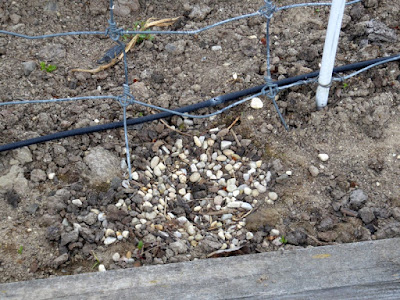 Magpies are the usual egg thieves around here, but I haven't seen any lately. However we've had crows. Nuff said.

So the poor killdeer lost their nest, at least this one. But it's still early in the season, and they'll build another and lay four more eggs -- doubtless in an inconvenient spot in the garden which will interfere with us doing any infrastructure improvements.

But that's okay. I like killdeer. I can be patient.
Posted by Patrice Lewis at 7:05 AM