One of my favorite birds is the humble robin. 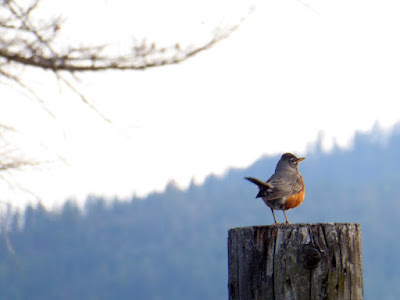 It's hard to resist photographing these perky, fearless thrushes. They's so durned photogenic. 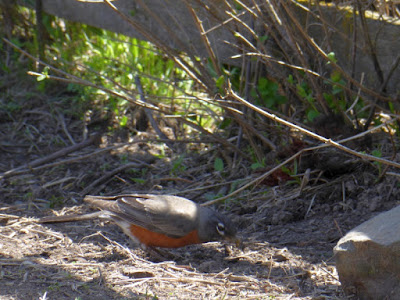 We had a robin's nest on the rafter in our barn. 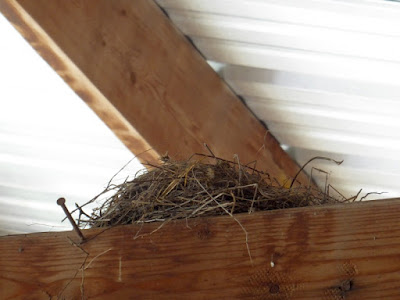 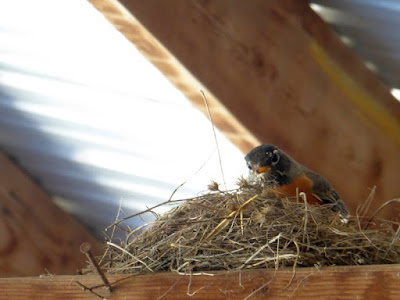 I often saw one parent or the other with beaks stuffed with goodies for the babies. 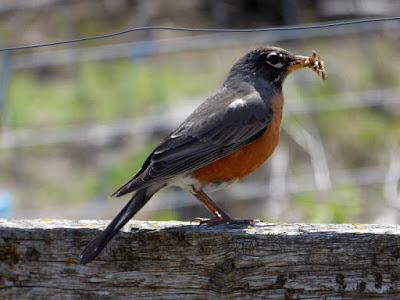 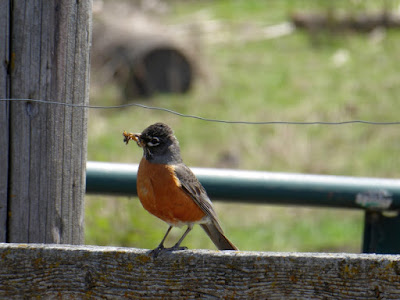 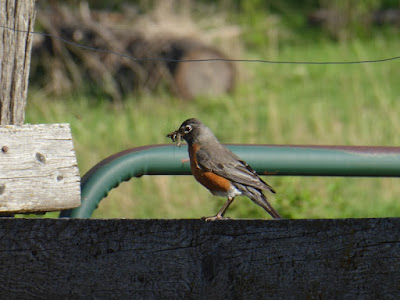 These delectable treats were then shoved down the throats of whatever mouth looked widest. 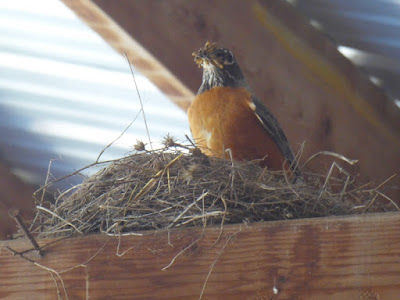 Pretty soon the fledglings got so big, they sorta slopped over the edges of the nest. They looked like lazy bums lounging in bed, waiting for mama to feed them. 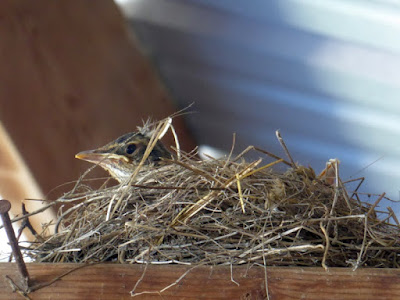 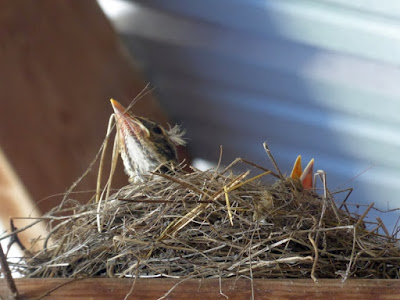 I thought the jaunty tufts of feathers above the eyes was a particularly nice touch. 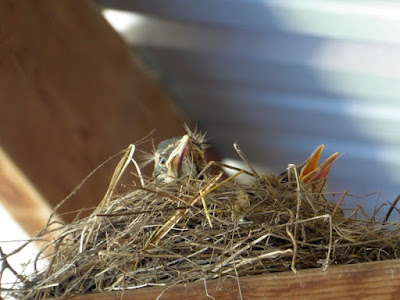 On May 18 I went out and saw one of the fledglings had flown the coop. 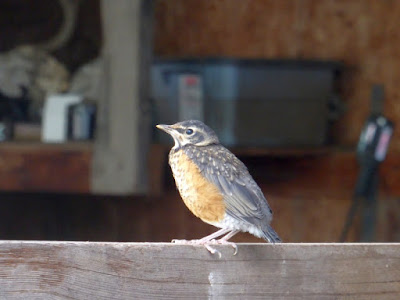 Suddenly everywhere I turned, fledglings would explode in awkward flight away from me. There were only four, the standard number of chicks, but they seemed quite invisible until they would suddenly scatter away from me (making it hard to photograph them). It must have been quite a task for the parent birds to keep track of where their offspring were, since they keep feeding them for a couple more weeks until the kids learn to catch their own food.

Meanwhile I saw a parent with what looked like new nesting material (curiously, they never use the same nest twice). No time to waste! Must start another brood! 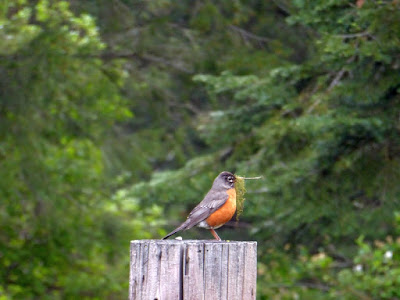 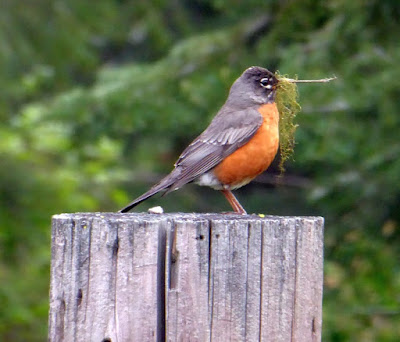 And so summer continues....

Posted by Patrice Lewis at 8:10 AM