My Mother's Day gift: A great big pile of...

I've been working like a mad thing in the garden. Unlike a lot of years past, this May has been warm and dry rather than chilly and rainy. There were years I couldn't get seeds in the ground until early June; but this year's weather has been so cooperative, I've been frantically getting stuff in early.

One of the necessities was a fresh layer of compost on every garden bed. Trouble was, the compost pile was down in the woods and the garden was not. 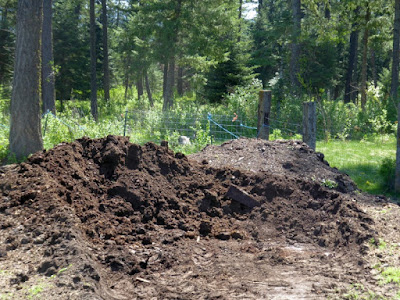 This pile of former barn waste has been quietly sitting here for the last three years, decomposing. It's the perfect state to put on the garden. The logical thing was to move it from here to there via the tractor, but Don's also been working like a mad thing on tankard orders, so here to there wasn't happening.

This represents a partial production run of an order we're trying to finish by the end of June. 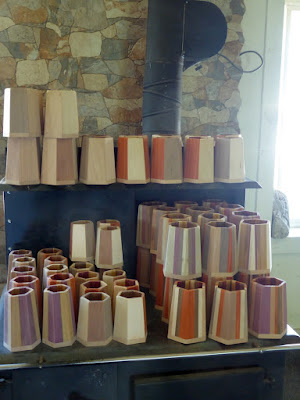 And then Don gave me my Mother's Day gift: a lesson in tractor-driving, resulting in a great big pile of manure moved from there to here. 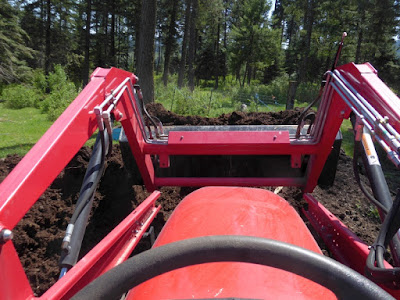 This was not without its occupational hazards. Every time I took a fresh scoop, the chickens would descend on the pile en masse. I had to be careful not to run them over. 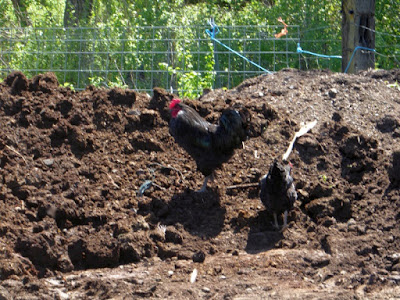 Soon I had a satisfactorily large pile of compost much closer to the garden. 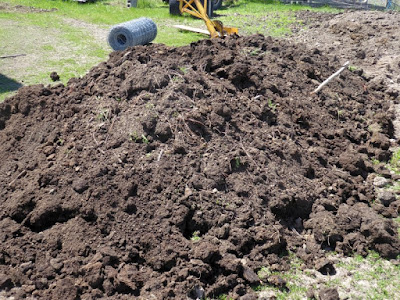 After that came the tedious wheelbarrow work as I moved compost to the individual beds. 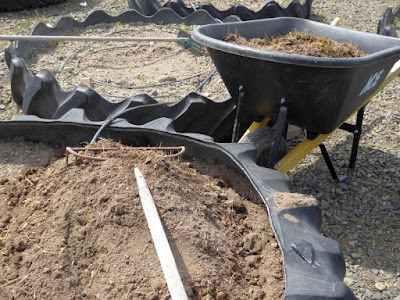 But you can see the difference. 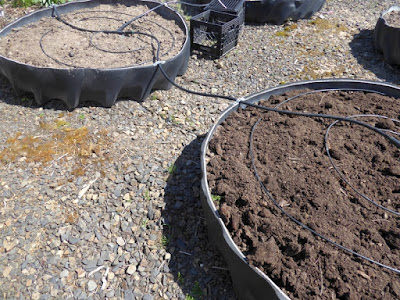 Don also took some time away from his busy schedule to help me do something that we've needed to do for a long, long time: chicken-proof the garden. Last year the birds did a lot of damage. They scratched up the corn seed, ate the grapes and blueberries, and in general were a pain in the patookus. But we installed chicken wire in strategic locations along the fencing where they were slipping through, and it seems to be working. 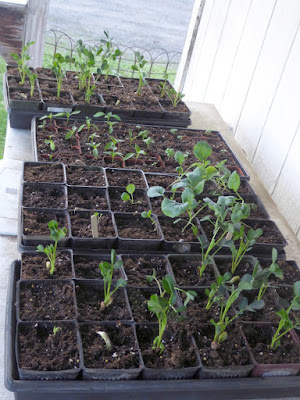 Today I hope to get the watermelon and cantaloupe planted, and by the end of the week the corn will be in the ground. Meanwhile the other crops (either perennials or planted last fall) are growing great guns: grapes, strawberries, blueberries, raspberries, garlic, potato onions, and herbs. The pears (below) have blossomed, and the orchard (peaches, plums, apples, and hazelnuts) are blooming out. 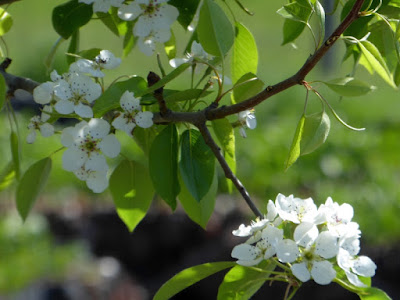 I'm also trying an experiment this year, thanks to a reader suggestion: peanuts. Apparently it's possible to grow peanuts in northern climates as long as they're started indoors. Right now the peanut plants are hardening off. 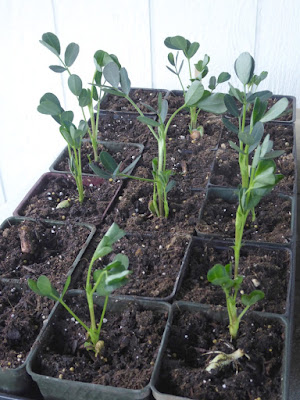 So anyway, as you can imagine the farm work is taking up an enormous chunk of each day. It starts around 6 am when I release the calves from their pen so Amy can feed them, then I put Amy in the pasture with the rest of the cows. 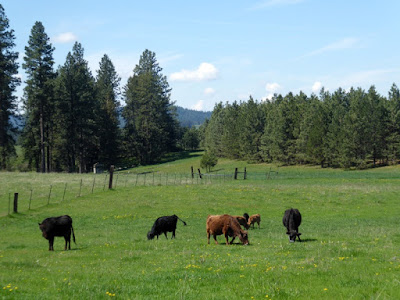 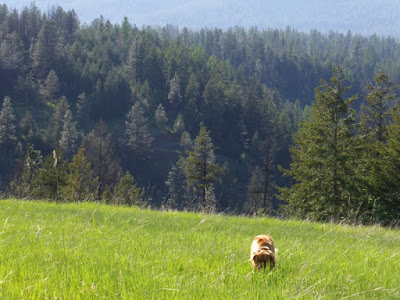 Then it's barn chores, then it's time to fetch Amy up from the field for the night and have her feed the calves again. And that doesn't count helping Don with the tankard work.

Which is why I found the following article so grimly amusing about the so-called "indoor generation": "A quarter of Americans spend all day inside, survey finds."

I don't seem to have that problem, especially this time of year.
Posted by Patrice Lewis at 6:49 AM