Dashing through the snow

Is there anyone who enjoys snow more than a puppy?

We had about a two-week period of blech weather: cold, dry, freezing fog. Frankly it was boring. But then we got blitzed almost overnight with six inches of light fluffy snow. 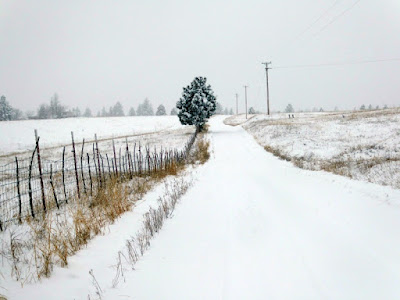 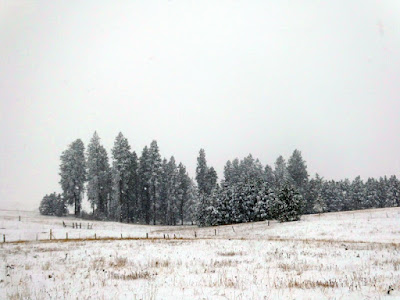 Mr. Darcy is convinced it fell solely for his amusement. 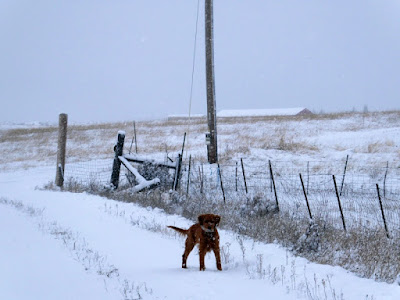 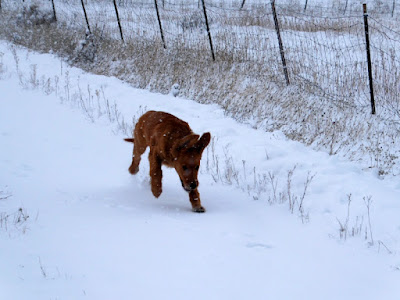 We've devised an active game for Mr. Darcy. Twice a day we take him walking. Don and I start by walking together, then -- when Darcy has trotted ahead and isn't watching -- one of us will split off and start walking the other direction. Eventually Darcy notices, and he'll go pounding after the other person. We'll keep walking in opposite directions, wider and wider apart, and Darcy will race back and forth between us. By the time we're the width of the property apart, he's getting an enormous gallop between us. 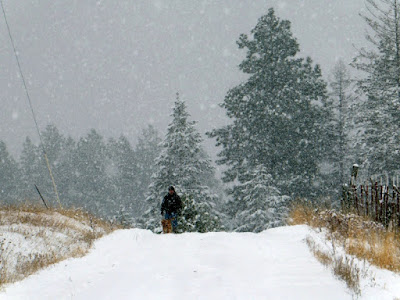 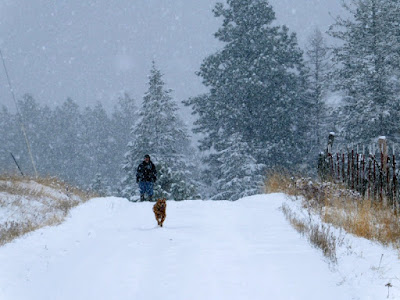 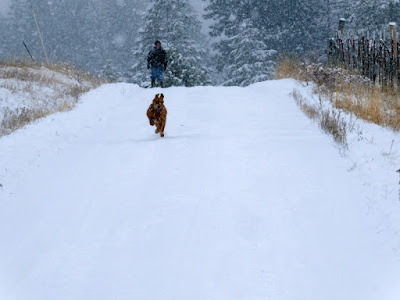 Here he's coming toward me... 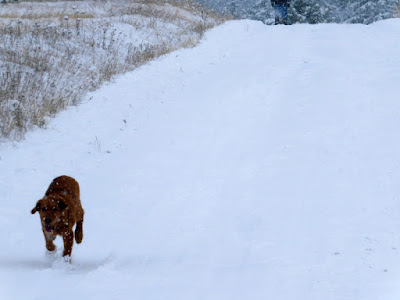 ...and now he's racing back toward Don. 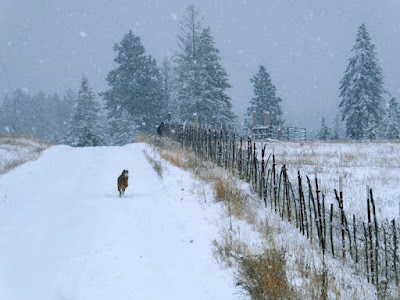 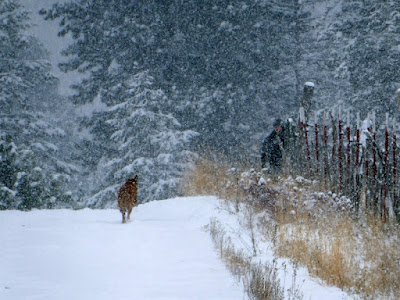 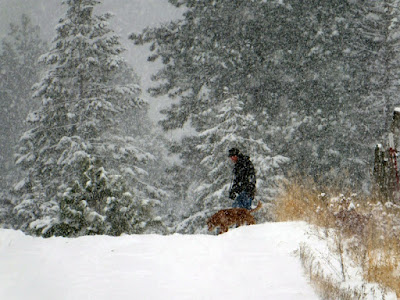 Just beyond Don is a downhill stretch, and sometimes we'll take Darcy on this side so he gets extra exercise dashing through the snow uphill (half the time). 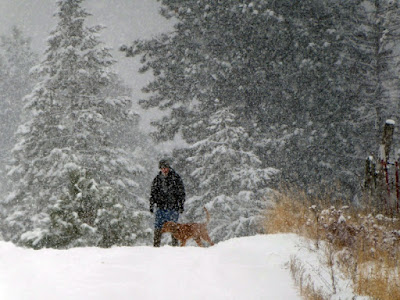 By the time he's dashed between us eight or ten times, he'll finally start to slow down, then Don and I will walk back toward each other so Mr. Darcy has smaller and smaller distances to go. He's an active young dog (he'll be six months old at the end of December) and this exercise has made his muscles hard and firm. 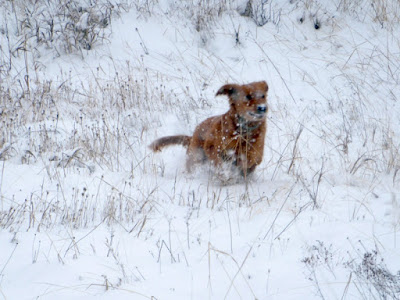 Posted by Patrice Lewis at 6:47 AM