Early one morning a few days ago, I was just about ready to release the chickens from their coop when I happened to glance out the window into our backyard. 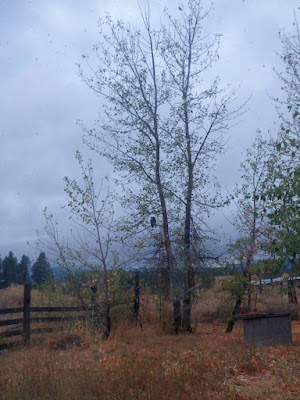 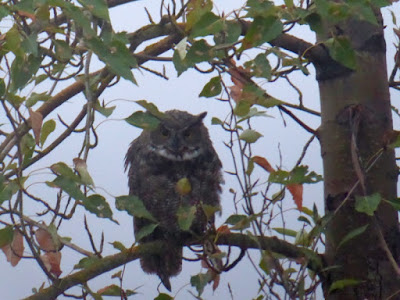 I thought it was pretty cheeky of this young fellow to brazenly sit there in broad (though admittedly early) daylight. 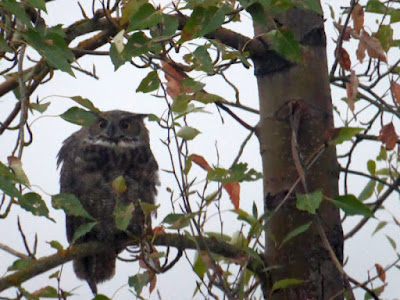 I decided to wait a while before releasing the chickens.

This is our resident immature great horned owl which has been hanging around, grasping the concept of hunting on his own. In this instance, he was being warily watched (and eventually dive-bombed) by a kestrel, itself a predator. 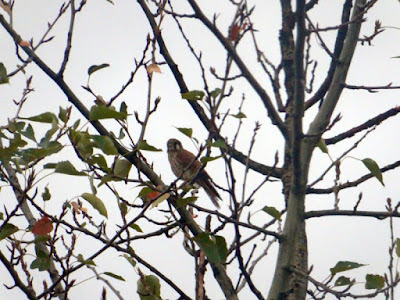 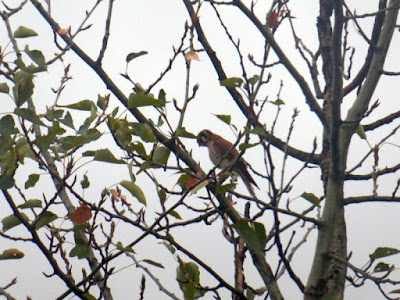 The owl sat, unperturbed, for a good long while. 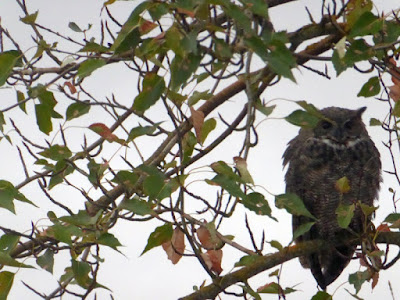 So, curious, I went out into the yard to see how close I could get. 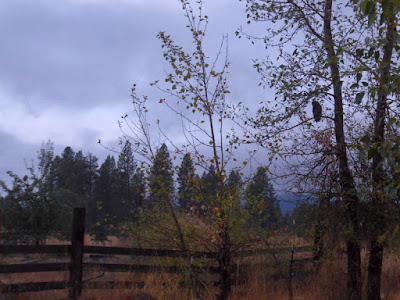 As it turns out, very close. 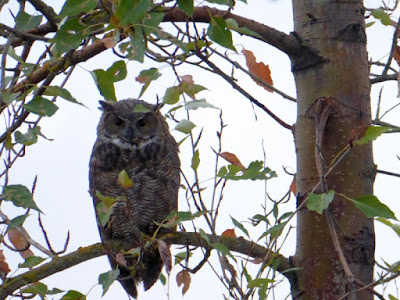 The kestrel continued to dive-bomb the owl (the blurred shape at lower center). 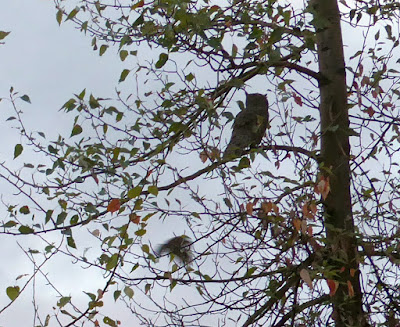 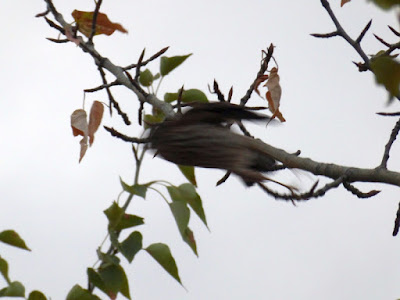 Finally, wanting to release the chickens, I walked slowly toward the owl until he flew off. 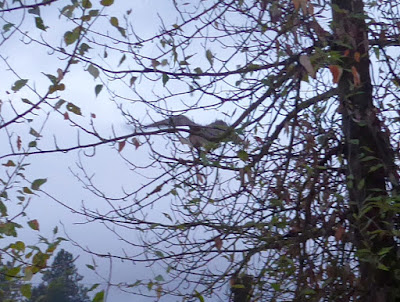 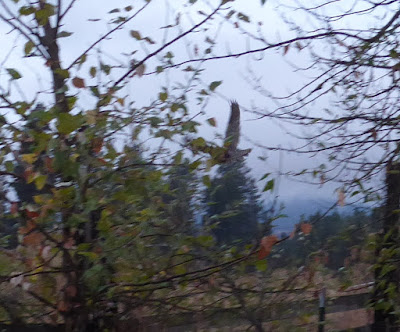 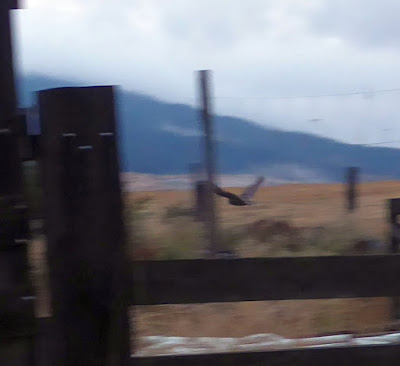 He soared away behind the barn. Just to be safe, I waited above five minutes before opening the coop door.

We haven't lost a chicken yet to the owl. I hope to keep it that way.
Posted by Patrice Lewis at 8:47 AM