The one last huzzah we did before Younger Daughter went off to boot camp was to take Mr. Darcy to the fair. A small town about a half-hour's drive from us hosts a little fair every September complete with modest parade, a dozen or so vendor booths (maybe two dozen), a small livestock exhibit, display halls for 4-H and art entries, and (our favorite part) a library book sale.

We all went and took the puppy, knowing full well we would not be able to take him into the exhibit buildings. It was more of an excuse to take an outing as a family, and to socialize the dog by exposing him to a wide variety of stimuli. 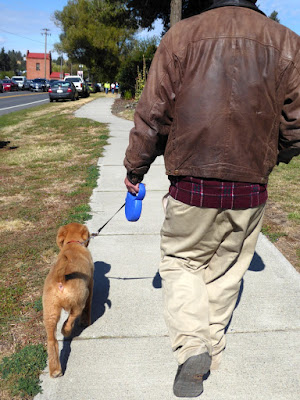 As you can imagine, it took no time at all for a wide variety of stimuli to descend on such an adorable animal, to coo and fuss over him. I don't think we got more than ten feet at a time before another stimulus materialized. You'll notice the vast majority of the stimuli, whatever the age, are of the female persuasion. 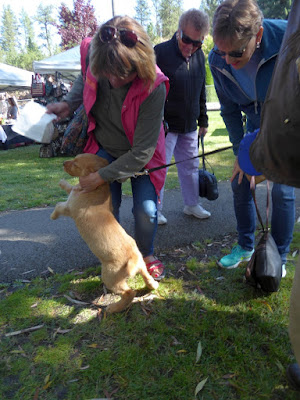 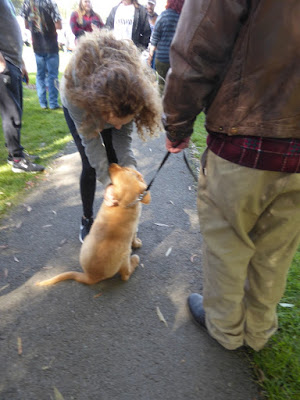 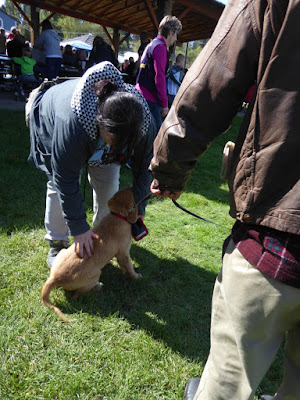 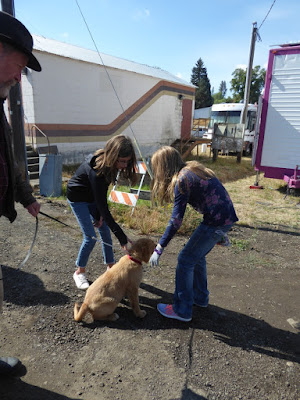 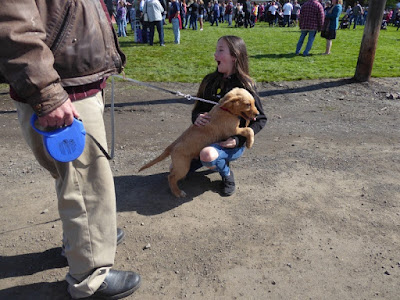 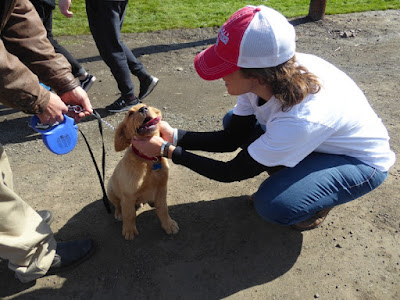 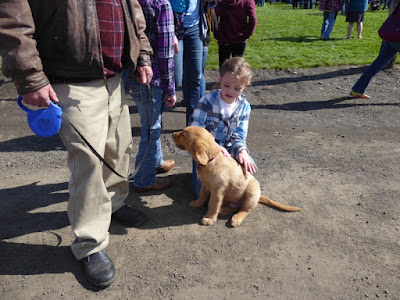 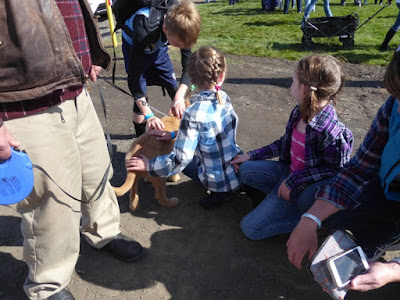 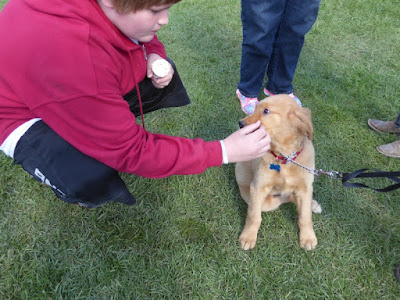 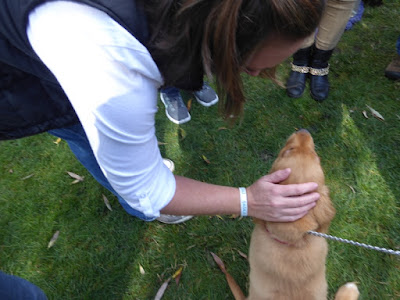 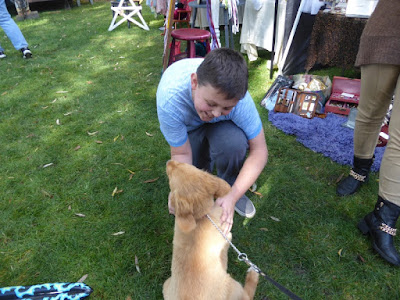 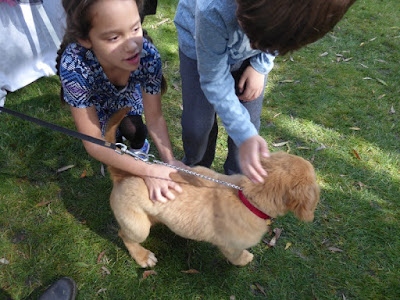 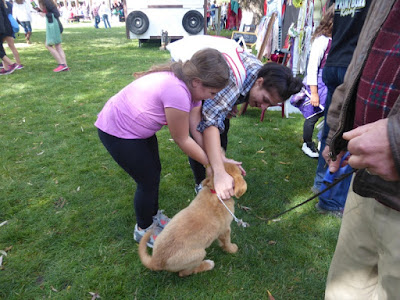 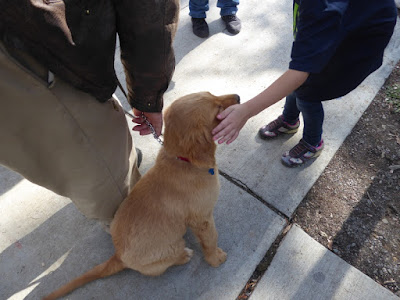 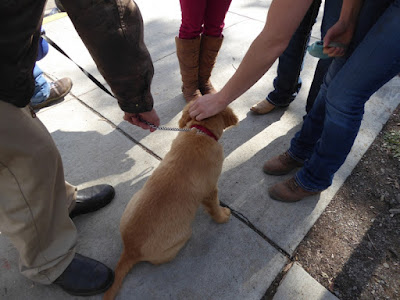 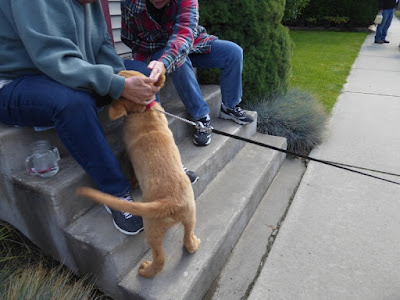 And that was pretty much all we did at the fair: walk around and let people pet Mr. Darcy. 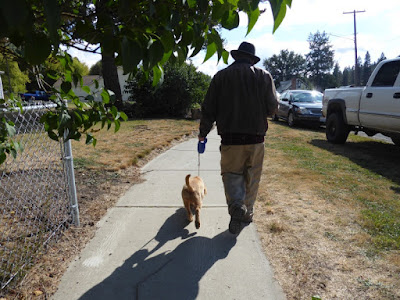 By the end of it, he was pretty wiped... 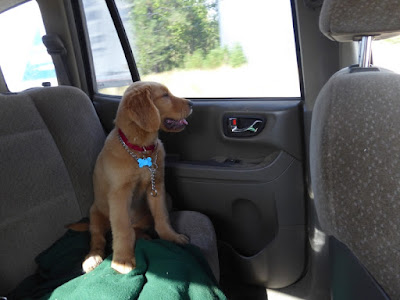 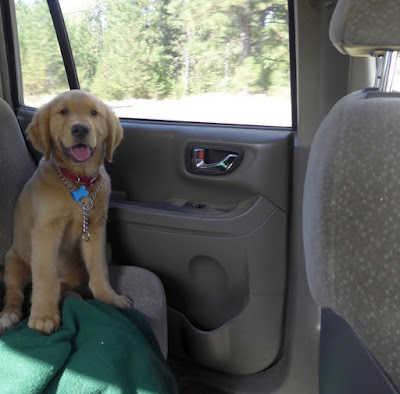 ...with predictable results when we got home. 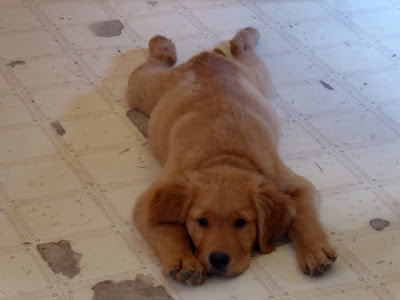 There is sound logic behind Don's universal advice for young men who want to meet women: Get a puppy. Clearly it works.
Posted by Patrice Lewis at 4:58 AM