A couple weeks ago, some old friends unexpectedly dropped in. They brought with them their seven-month-old Husky/Golden Retriever puppy.

Oh my, Mr. Darcy was one happy canine. The animals romped for hours. 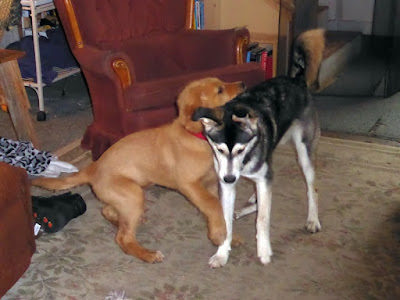 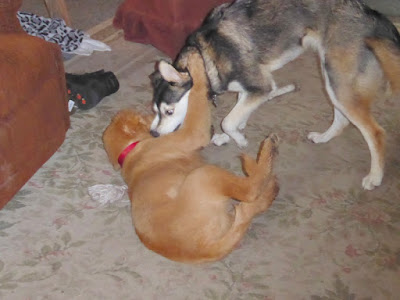 This friend's pup was absolutely fascinated by Lihn, Younger Daughter's Quaker parrot. Let's put it this way: It's a good thing Lihn was in a cage, or she would have been snack food. 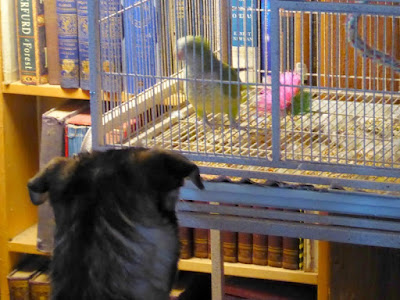 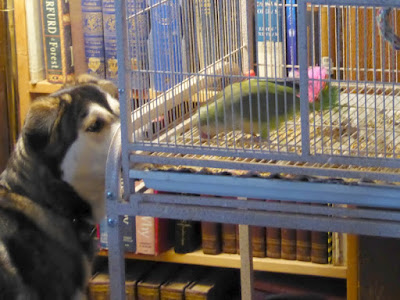 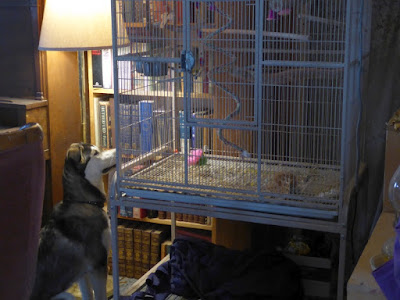 Naughty puppy! Get down! 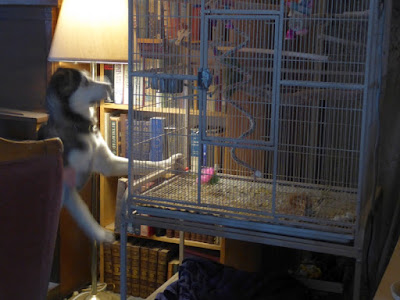 The other puppy was much leggier than Darcy, and fast as lightening. We took them out in the field and she left poor Darcy in the dust. 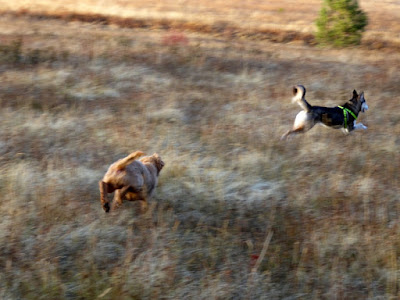 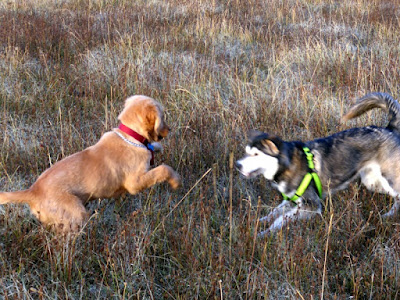 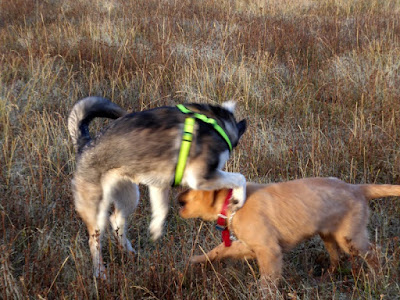 And so, as another old friend used to say, a good time was had by all. 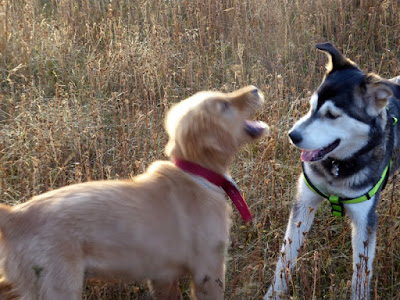 Posted by Patrice Lewis at 5:09 AM