A couple years ago, Don built me some beds for peas. 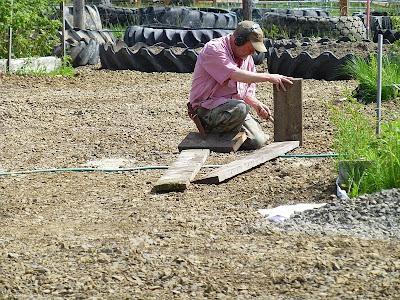 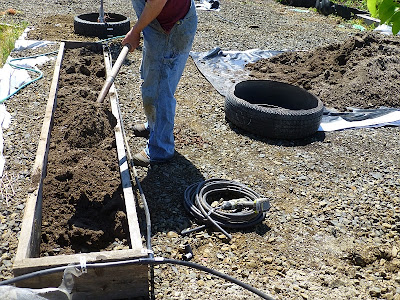 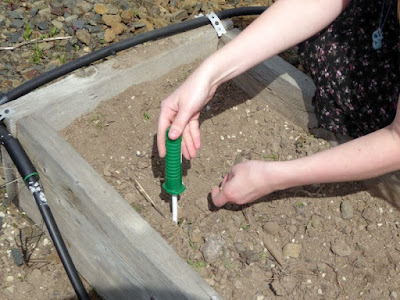 In late June I trellissed them, giving them some fencing to climb up. 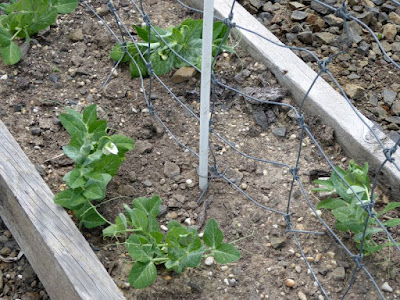 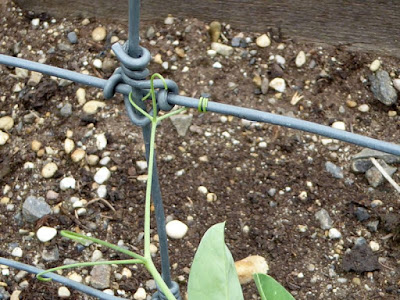 By mid-July, they were beautiful. 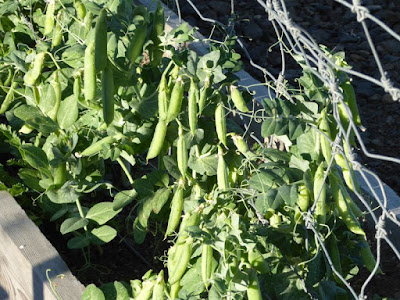 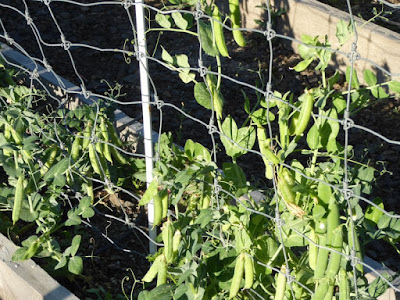 So Younger Daughter and I went out to pick. Since we only had the two small beds, we only got two bowls full. (The blueberries will be a separate post.) 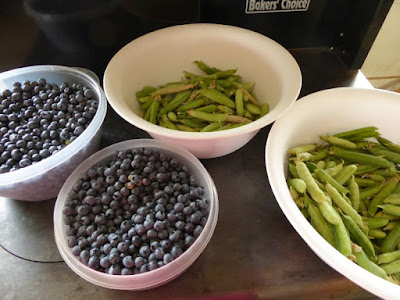 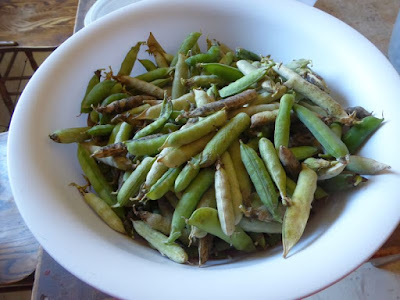 I pulled aside any pods that were dry to save as seed. 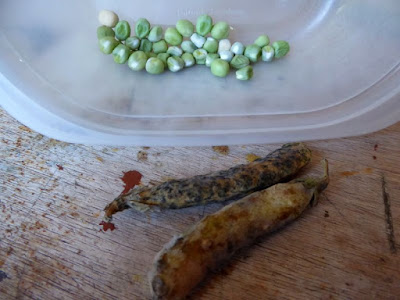 I also pulled aside some exceptionally beautiful pods for seed as well. 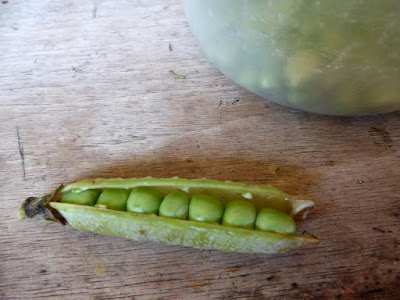 Altogether I ended up with a modest 2.5 lbs. of peas, which I bagged up and froze until such time as I have enough items to can.

Meanwhile, I think (hope!) I have enough time for another planting of peas. So I went out to the pea beds and stripped off the remaining peas I'd missed before, which I later shelled and saved for seed. 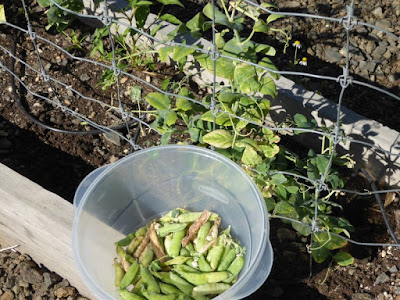 Then I pulled up all the vines... 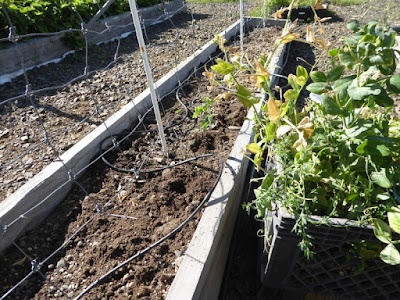 ...and planted some more peas. 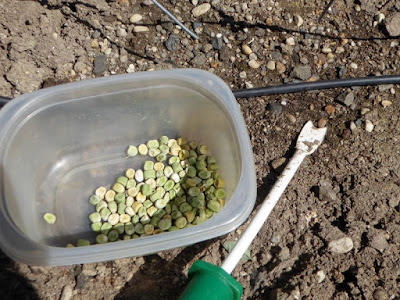 Around here, it's a chancy thing to plant a second planting of anything, even a cool-loving plant like peas. We'll see what happens.
Posted by Patrice Lewis at 2:20 PM

Email ThisBlogThis!Share to TwitterShare to FacebookShare to Pinterest
Labels: peas