Younger Daughter decided to try an experiment: to create a meal 100% from home-grown or home-produced ingredients.

This is similar to the "Hobbity breakfast" Older Daughter often used to make, but those meals were more by happy accident than design. Younger Daughter deliberately wanted to be even more of a purist. She decided nothing, absolutely nothing, could come from outside the farm.

She took herself off to the garden and came back in with a couple of potatoes, a carrot, onion, and tomato, and a handful of herbs. She got some chicken stock I had canned up, simmered from a chicken we had raised ourselves. She also took a piece of beef from one of our steers. 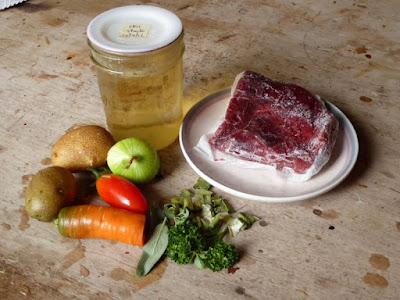 No salt or pepper, since of course we can't "grow" (or mine, as the case may be) those ourselves. Instead, she added a cayenne pepper from last year's garden for a bit more zest. Other herbs included sage, oregano, parsley, and some dried green onions from last year. 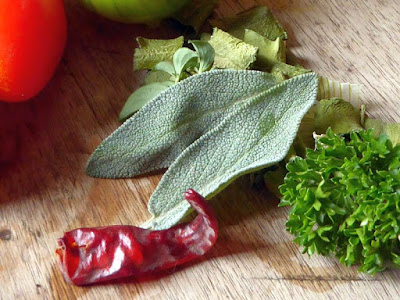 She started by chopping up and then browning the meat. I told her if she wanted a bit of oil, I had some homemade butter in the freezer, but she opted to see if the meat would produce enough juices on its own. It did. 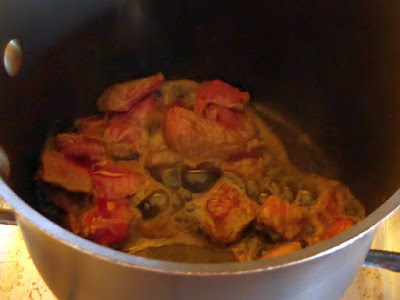 While the meat cooked, she chopped up the veggies... 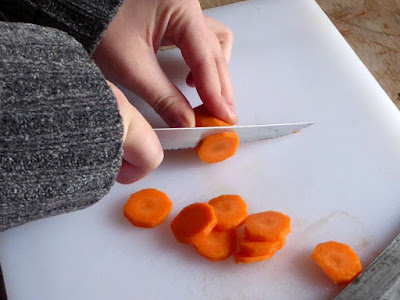 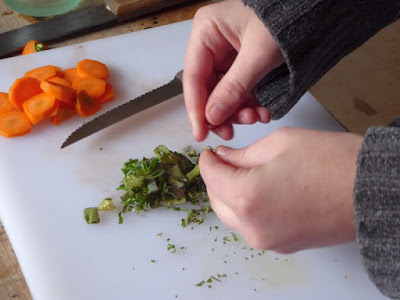 She added everything to the pot, including the chicken stock, and let it simmer for awhile to allow the potatoes and carrots to soften. 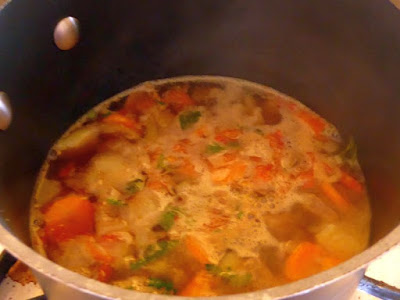 She pronounced the results "delicious." 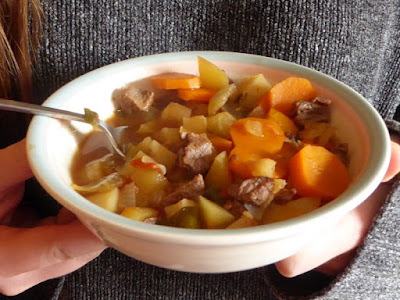 Other ingredients she had available but didn't use could have included chicken, butter, eggs, milk, wheat (left over from our wheat-growing experiment a few years ago), a variety of canned veggies from last year, cheese, horseradish, corn, garlic, fruit, etc. Next year we hope this list will include honey from our hive(s).

As I said before, I believe it's a minor triumph to be able to eat well from the results of our own labors.
Posted by Patrice Lewis at 4:41 AM