I hope everyone had a chance to witness last night's spectacular blood moon eclipse.

We were at our neighbor's for our weekly potluck, which was probably a good thing since the moonrise was not obstructed by trees as it would have been at our house.

As the moon rose, it was already half eclipsed. 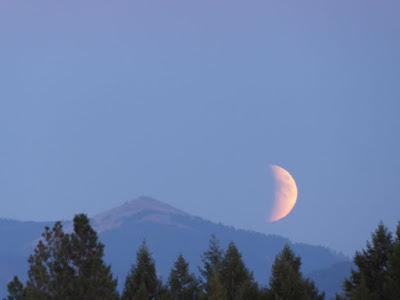 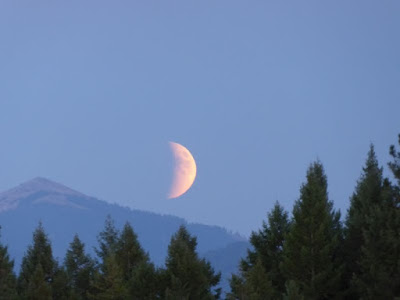 As the moon rose higher and the sky grew darker, it got harder for me to get unblurred photos. Our neighbor, who was also photographing the event, kindly loaned me a tripod, which helped immensely (though I still got a lot of blurry shots, which obviously I won't post). 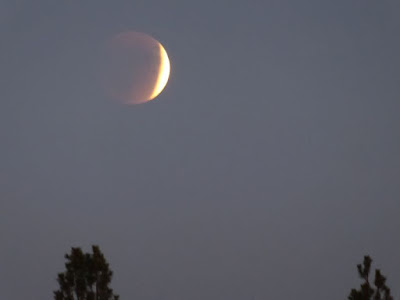 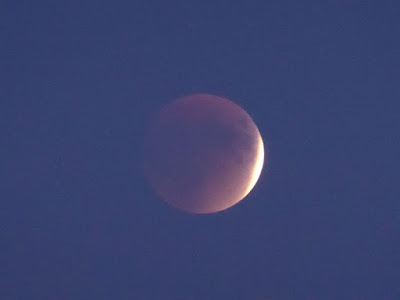 By the time it was fully eclipsed, it was dark enough to see the "blood" coloration. Spectacular. 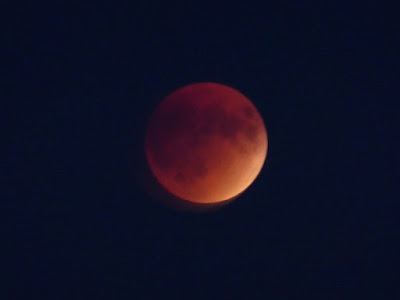 This is how it looked with the regular camera setting: 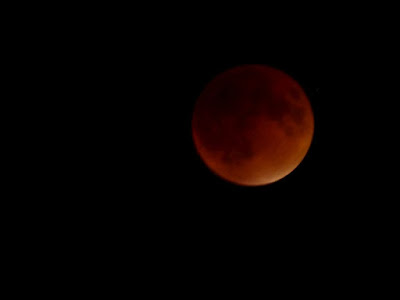 This is the same photo with the computer's "auto adjust colors" setting, just for fun: 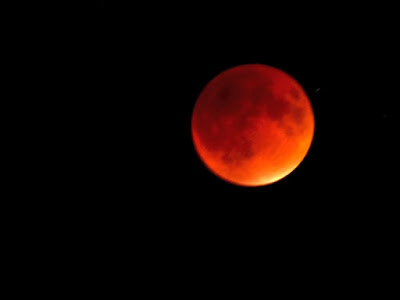 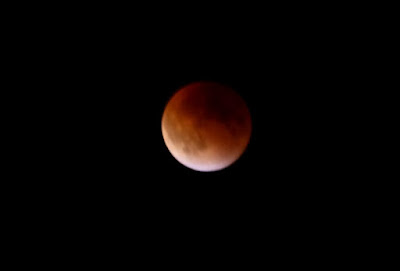 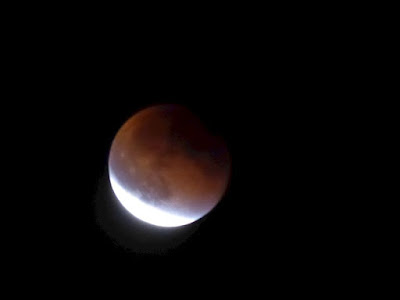 What an absolutely beautiful thing to witness. 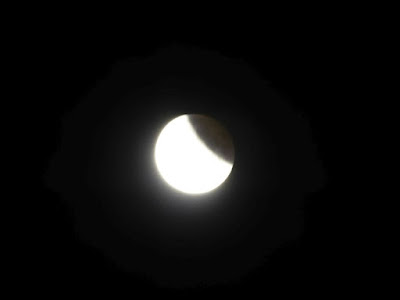 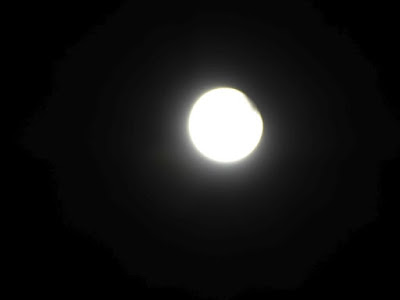 I'm grateful our skies were clear to see it from start to finish.
Posted by Patrice Lewis at 9:13 AM

Email ThisBlogThis!Share to TwitterShare to FacebookShare to Pinterest
Labels: moon