I've been outside a lot lately, putting the finishing touches on the garden. It's been extraordinarily dry and hot for this time of year. We've had some Junes where we need to light the woodstove because it's so cold. A few years ago I remember taking a photo of snow falling on June 13th. Other times the garden has failed because the rains were relentless in June (this was before we planted in tires).

But this June (and late May) have been very hot and very dry ... which is very unusual.

Not just that, but I'm seeing things I don't normally see until much later in the summer. For example, consider this big guy: 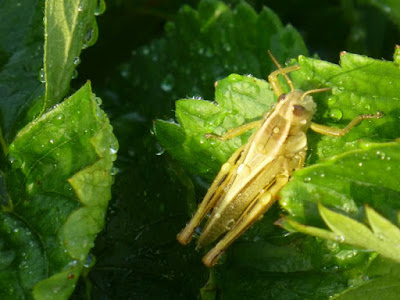 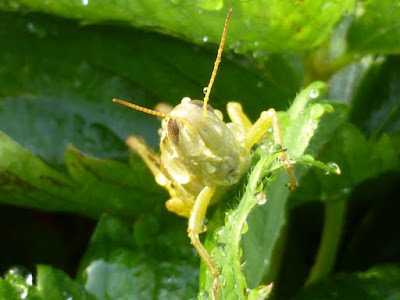 This grasshopper was about 1.25 inches long. Now there's nothing unusual about a bug this big -- except the timing. Normally we only get tiny baby grasshoppers in June. Larger ones usually don't show up until mid-August.

Here's another unusual sighting. This is dog fennel: 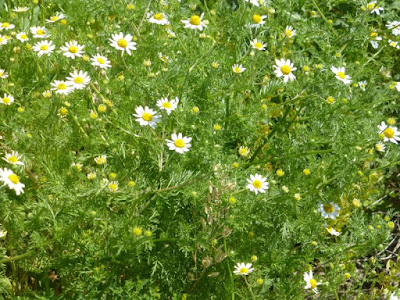 It looks like a small daisy (though unlike daisies, the leaves are feathery). It's as common as anything around here -- but again, usually not until much later in the summer.

In other words, it seems a lot of stuff is kind of "accelerated" this June. Even our pastures have the dry, yellowing look normally associated with late summer. 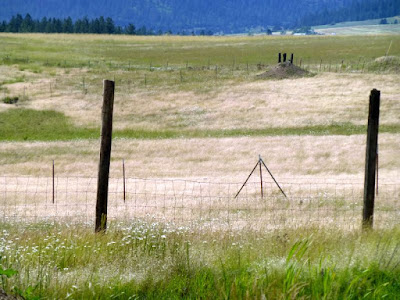 Quite a number of local farmers are already cutting their fields, which normally doesn't happen until July 4 or so. 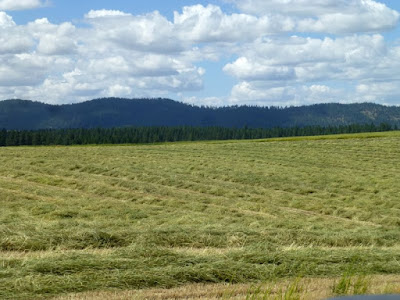 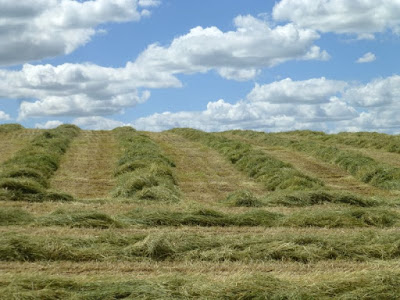 It seems we're borrowing a bit of California's drought conditions in terms of rainfall. We've also been a lot warmer than normal. This website says, "The month of June [in Coeur d'Alene] is characterized by rapidly rising daily high temperatures, with daily highs increasing from 67°F to 76°F over the course of the month, exceeding 87°F or dropping below 56°F only one day in ten."

But we've had temperatures in the mid-90s as a high, mid-80s frequently, and high 70s more rarely.

It's tempting to make some sort of prediction like "We're gonna have a hard winter" or whatever, though of course no one can predict the future.

But it sure is weird weather for June.
Posted by Patrice Lewis at 6:49 PM