Yesterday we were all saddened to hear of the passing of the great actor Christopher Lee at the venerable age of 93. 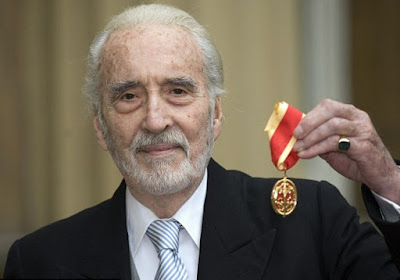 He apparently passed away a few days ago, but his wife of over fifty years kept it quiet until such time as family members could be suitably notified.

Of course younger generations know him from his role as Saruman in Lord of the Rings (he knew J.R.R. Tolkien personally), but in fact his acting résumé stretches back decades and encompasses hundreds of films. 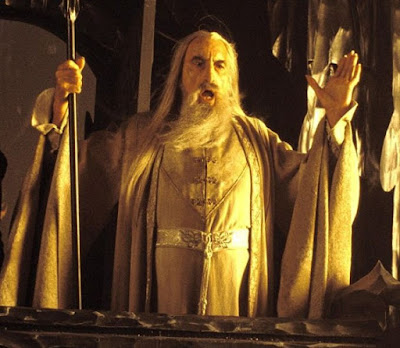 According to Wikipedia, "Lee spoke fluent English, Italian, French, Spanish and German, and was moderately proficient in Swedish, Russian and Greek. Lee stated in an interview that he was 'conversationally fluent' in Mandarin Chinese."

All this, and he appeared to be a durned nice guy who was faithful to his wife for half a century. 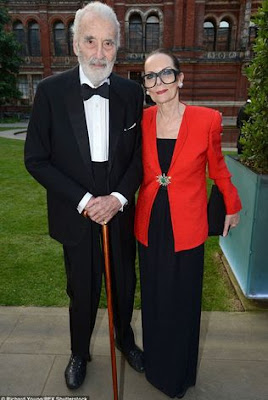 Rest in peace, Sir Christopher. You will be greatly missed. 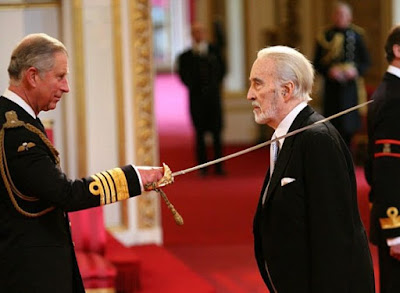 Posted by Patrice Lewis at 1:05 PM

Email ThisBlogThis!Share to TwitterShare to FacebookShare to Pinterest
Labels: Christopher Lee, In Memoriam