Preparing the cattle for heat

We have a heat wave anticipated this weekend. The temp on Sunday is projected to be 105F.

We had the cattle in the treeless, shadeless pasture for the past week. We thought about moving them back to the wooded side of the property for the duration of the heatwave, but there is simply no grazing on that side. We have been bone-dry for weeks, and no grass has regenerated.

So, with the permission of the owner, we decided to put the cattle on the "pond property," as the adjacent parcel is called. This is a lovely parcel with a stock pond, trees, and grazing. Normally we move the cattle in mid-August or so; but this summer's weird freaky hot weather is stressing everything early.

Before moving the beasties, though, Don and I needed to walk the fence lines and make sure everything was tight. We went in the morning when the temperature was still cool. 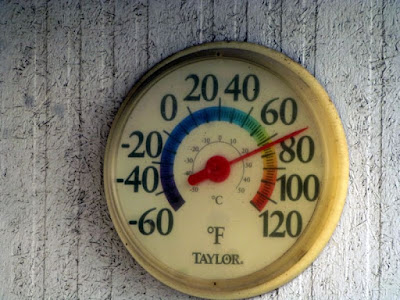 The moment they saw us walking down to the gate, the cattle immediately fell in line, thinking they were in for a treat. 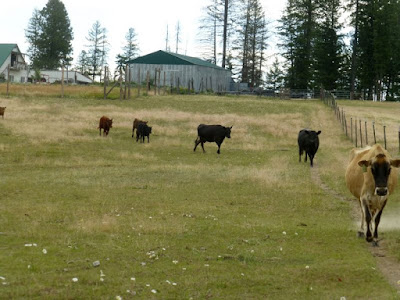 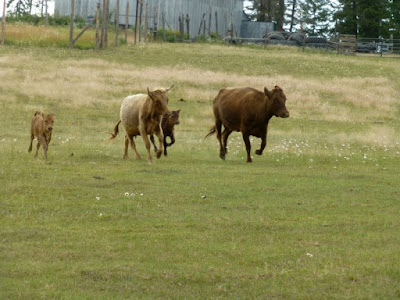 The critters were very disappointed when we didn't let them through the gate.

The pond property hasn't been grazed, so there is much more feed available. 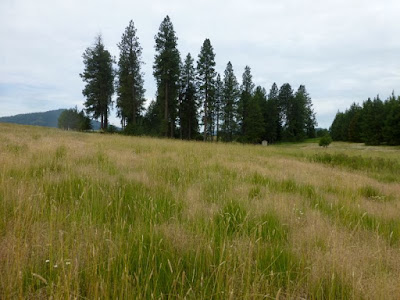 Don and I walked the entire perimeter, mending and tightening as necessary. 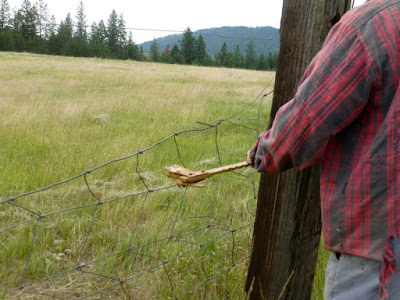 It's a good thing we did, too. One whole corner had been cut out of the fencing (possibly by hunters wanting easy access). Don had to go back later with the truck, some sections of field fencing, and more tools.

Here's the view across our pasture toward the pond property, where the trees are. 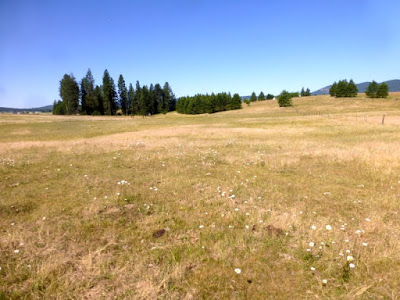 Yesterday mid-morning, I walked down to open the gate. The animals weren't expecting it, so when I gave my universal cattle call ("Bossy bossy bossy bossy BOSSY!!"), the entire herd literally came galloping in a thundering mass. 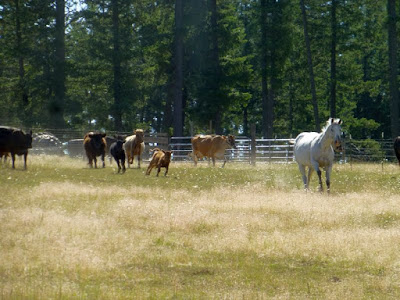 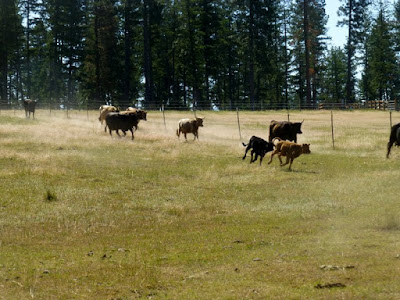 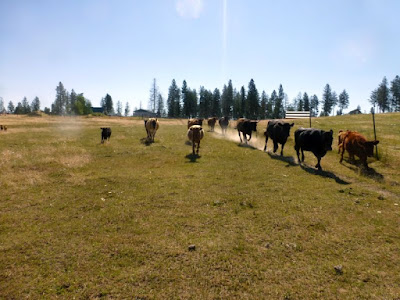 When I opened the gate, they poured through. 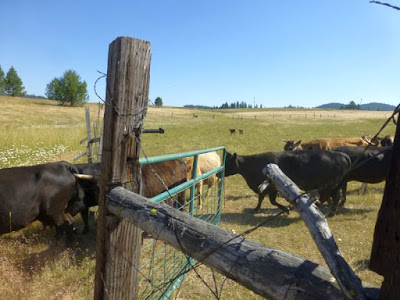 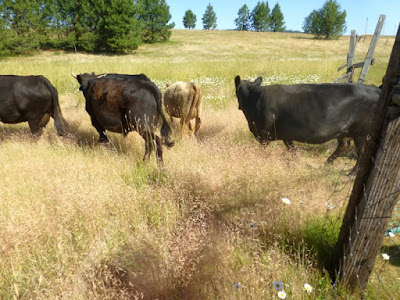 The grazing on this parcel isn't great this year either. The white-ish grass is called cheatgrass (sometimes wind grass) and is largely inedible, and there's a lot of it. But there's also enough decent stuff to keep the animals happy for several weeks. Once the heat breaks next week, we'll bring them back onto our side and "save" the remaining grazing on the pond property until, hopefully, late July. But no matter what, we're going to have to start feeding much, much earlier this year. 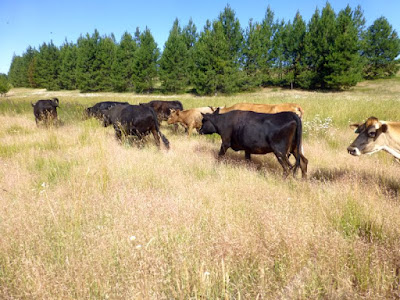 While most of the herd made it through the gate, a few of the babies got lost. They've never been on the pond property before and kinda got turned around. Little Hector was on the other side of the subdividing fence as well. 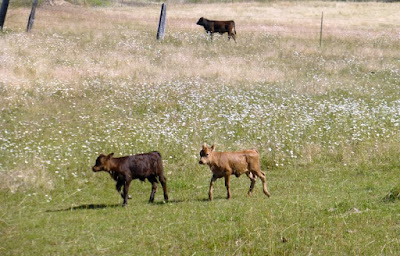 Jerky and Dina were totally bewildered as to where their mamas went. 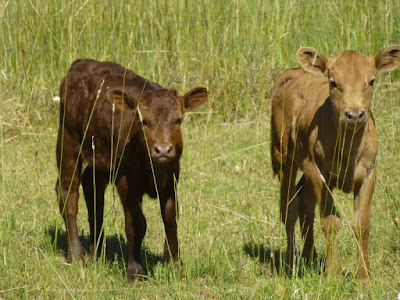 The first thing to do was get Hector on the right side of the fence. 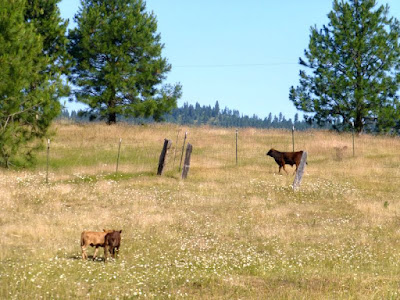 So I slipped through the barbed wire and started scooting him along the fence line to where the gate is. 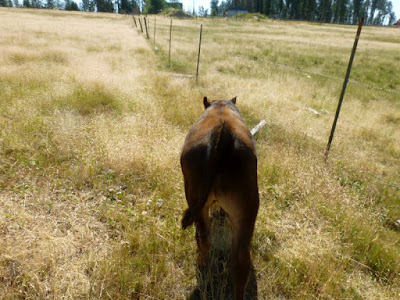 Here he joined the others, but they still couldn't figure out how to get onto the pond property. Don calls this stage in life "puppy-stupid." 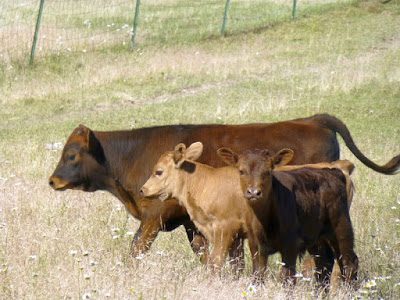 I left the calves alone, figuring they'd either figure out where the right gate was, or they wouldn't. A couple hours later, they were reunited with their mamas and all was well.

The combination of shade, water, and fresh grazing will keep the cattle as comfortable as is possible during the heat wave. I'm grateful we can rent the pond property while we can (since it's for sale).
Posted by Patrice Lewis at 6:57 AM