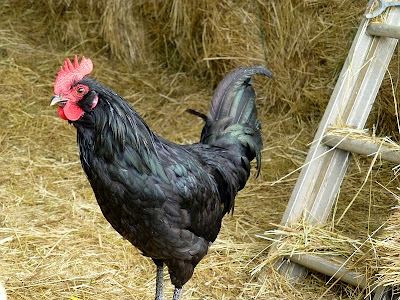 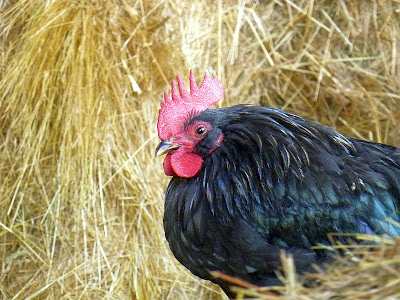 It was very strange. I tucked him into the coop as usual the night before, and he was just fine. I always keep roosters separated at night because Snap, our mature rooster, will beat the tar out of any young whippersnappers left in his clutches in the coop overnight. Tarzan is used to the routine and obediently goes into the inner cage (I usually leave him with a few hens).

But yesterday morning as I released the birds, I saw he was huddled on the floor, head on the ground. 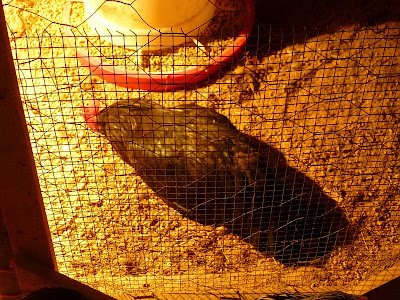 He had no visible injuries, and he was lusty and strong the day before. What happened? Who knows. I can't imagine he was ganged up by the hens since hens aren't known for aggressive behavior toward roosters (though a few have chased him away when he got too persistent in his attentions).

After keeping a hopeful eye on him for a few hours, it was obvious something was terribly wrong and he was dying. I finally asked Don to put him out of his misery.

I find myself very upset at losing little Tarzan. From the crop of young roosters we hatched last summer, he had the nicest disposition and the handsomest appearance, and I was fond of him. Who knows what went wrong?

We're back down to just one male, faithful Snap, whom we hatched in 2010. 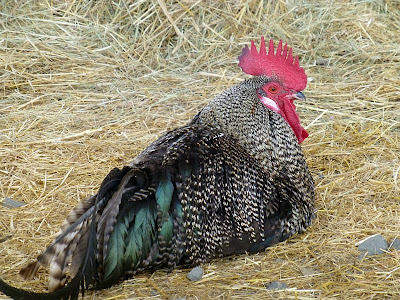 He's getting up there in rooster years, though still vigorous and fertile. We'll get another rooster this upcoming summer to share the load.

Sigh. Bye Tarzan, you were nice while you lasted.
Posted by Patrice Lewis at 5:34 AM

Email ThisBlogThis!Share to TwitterShare to FacebookShare to Pinterest
Labels: Tarzan