The other day while cleaning the barn, I heard the agitated cry of a red-tailed hawk. Turns out the reason it was agitated is it was competing in the sky with a bunch of bald eagles, wheeling high overhead. 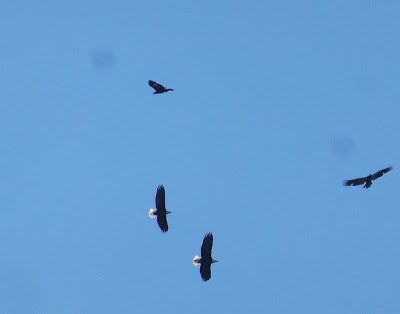 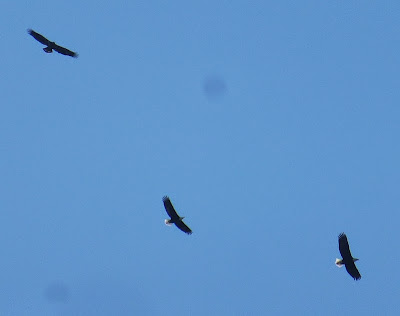 The eagles were very far away, and at the time I was photographing them (at maximum zoom) it was hard to tell what was what. However it looks like there were some juveniles mixed in with the adults (see this link for wing markings). This photo is heavily cropped, hence the blurriness. 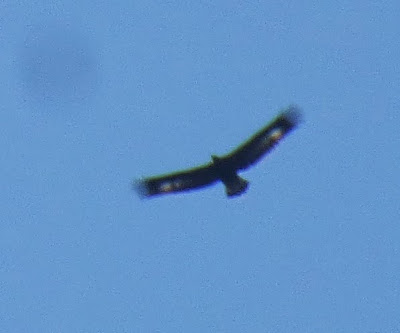 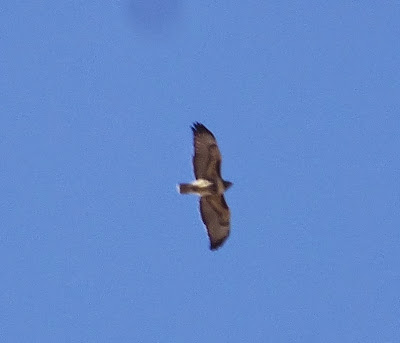 Altogether I counted seven huge birds in the sky at the same time (they wouldn't conveniently cluster within frame of the camera lens, of course). Pretty cool, if I do say so.

Oh, and the red-tailed hawk departed soon after. Too much competition, I'd say.
Posted by Patrice Lewis at 4:46 PM

Email ThisBlogThis!Share to TwitterShare to FacebookShare to Pinterest
Labels: eagles