Tightening up the chicken coop

We have some cold weather moving in.

We haven't had a cold snap in a couple of years, so in anticipation of this, Don did something he's been meaning to do for quite awhile: finish insulating the chicken coop.

Two walls of the coop are insulated, but two are not. 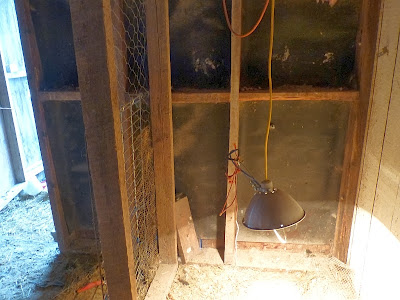 Neither is the door. 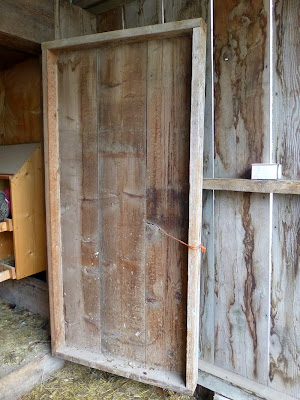 We have a bale of insulation that's been sitting in the shop, so Don decided to use some to finish insulating the coop. First he cut pieces of OSB left over from building the barn awning, to fit over the insulation (otherwise the chickens will peck at it). 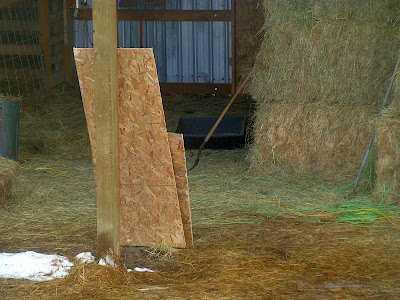 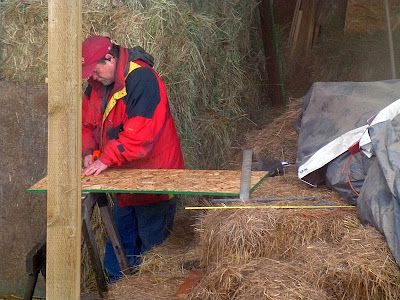 Usually we just leave the big coop door open, but earlier this fall Don built a hatch door where the birdies can have access directly into the barn. (They've learned to go OUT this hatch but not to come IN. Chickens aren't big on brains.) But it will help keep heat in to only have the hatch door open.

Don unrolled and cut the insulation to size... 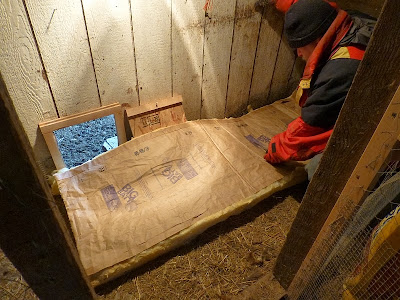 ...and started fitting it into the framing. 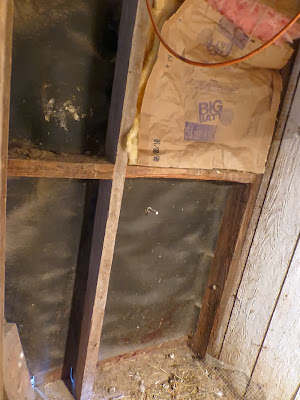 He originally built the door so insulation could be fitted in. Now he worked to complete that task. 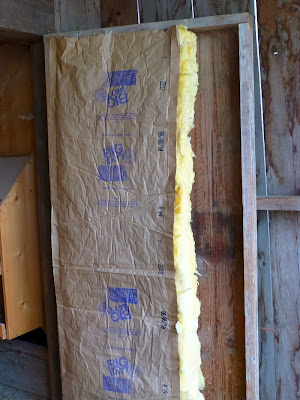 He buttoned up all the insulation with custom-cut OSB and now the coop is much cozier. I added a fresh layer of bedding and an additional heat lamp, so our ladies will be a lot happier through this cold snap.
Posted by Patrice Lewis at 6:28 PM