I apologize for the blog silence of the last few days! The truth is, I've been lazy. No other excuse. So join us as we celebrate Christmas.

Our big celebration day is Christmas Eve. Early in the morning, long before dawn, I took this photo. 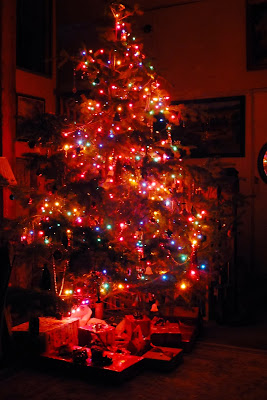 (I also -- ahem -- took this photo, which actually turned out pretty cool despite the blunder.) 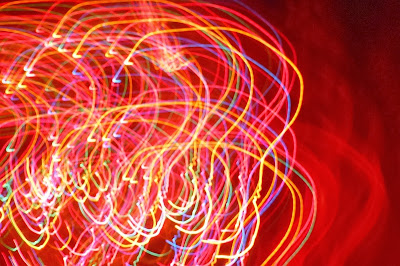 When the kids got up, we clear the kitchen table... 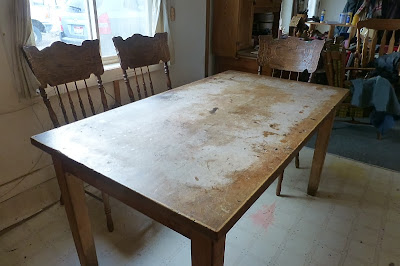 ...and got ready for our annual Junk Food Feast. This is a congregation of every type of nutritionally-useless culinary rubbish we never, ever buy during the rest of the year. Long story short: After Thanksgiving many years ago, Don commented about what a pity it is I work so hard and make such a nice meal for Thanksgiving, only to repeat the same work load over Christmas. Somehow one thing led to another (aided and abetted by two eager children, no doubt) and before we knew it, we had started a tradition of having nothing but junk food for three days (Christmas Eve, Christmas Day, Boxing Day) in which no one has to ask permission to eat potato chips for breakfast -- and I go on a kitchen strike. 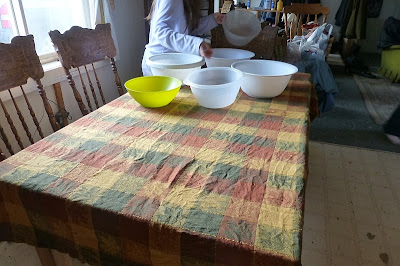 It's kind of a silly tradition, but it's fun. The advantage of this technique is by the end of three days, the kids are begging for Brussels sprouts. Don't believe me? What do you think we had with dinner last night? 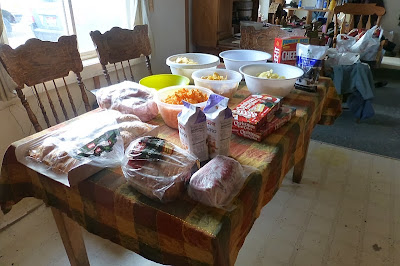 Toward evening we made ready to greet some dear friends who always join us to open presents, a couple whose grown children live far away and always enjoy being with our kids. They've joined us every Christmas Eve since we moved to Idaho ten years ago, and the day wouldn't be the same without them. 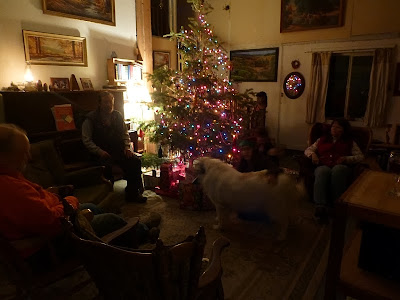 Don made sure he had his father's cherished Bible handy. 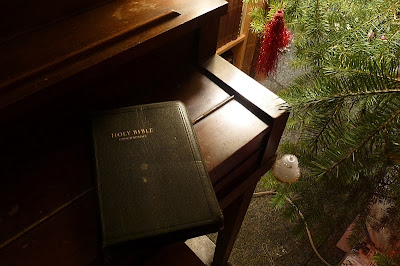 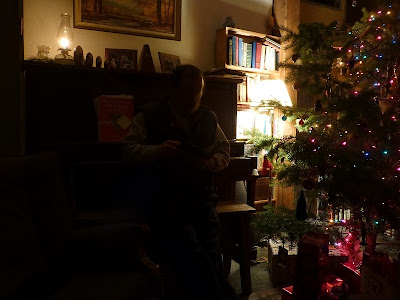 ...Lydia interferes with the girls' concentration. 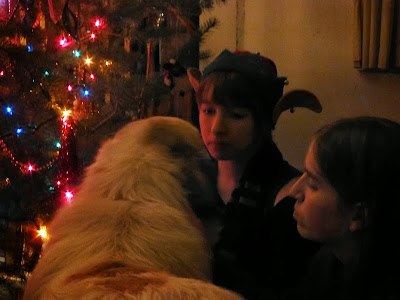 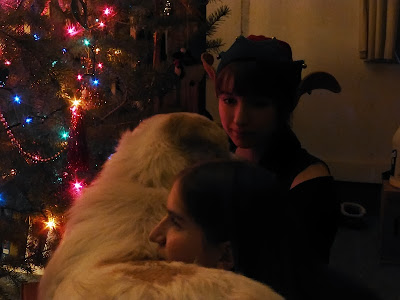 Then one by one Don hands out presents. 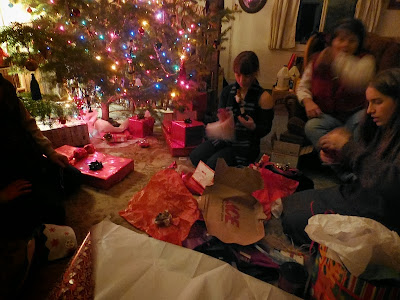 I tried to get a photo of some of Younger Daughter's presents, but the room was a bit too dark. However please note the pretty Victorian-style pleated choker that her older sister gave her, and which she adored. 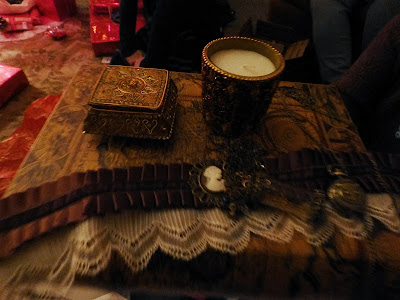 For the first time since moving to Idaho, we decided to attend church on Christmas Day rather than Christmas Eve. This meant we could linger over our gifts, having coffee and tea (and junk food), and enjoying the company of our neighbors. 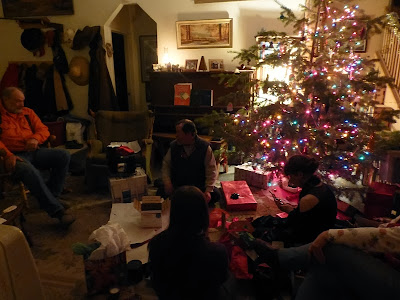 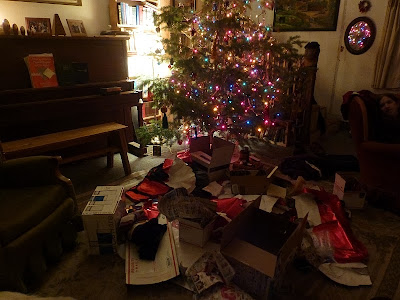 Early on Christmas morning, I put the girls' stockings and an additional gift or two in the front room, near the woodstove. 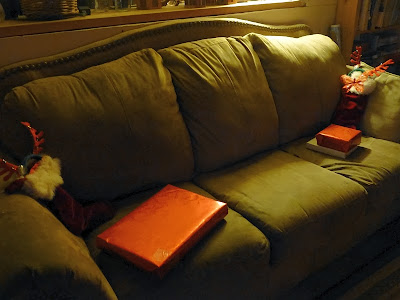 Then I went out to feed the livestock. The day dawned clear, frosty, and beautiful. 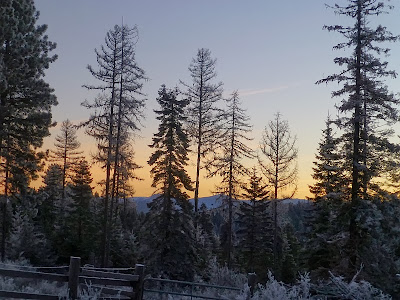 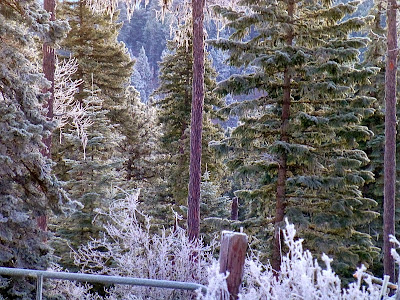 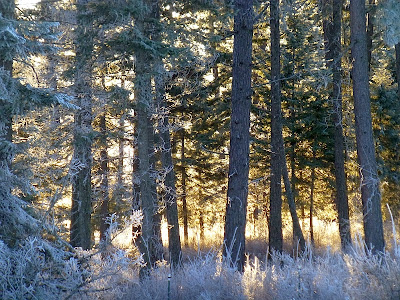 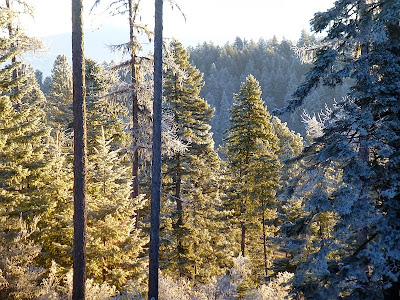 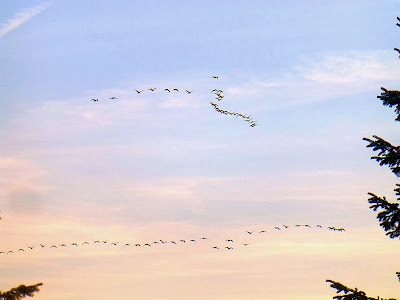 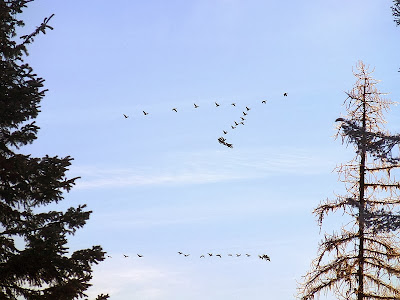 We always feed the critters extra on Christmas Eve and Christmas Day, because legend has it that animals are granted the gift of speech on Christmas night. We don't want them complaining to the neighbors that they're ill-fed! 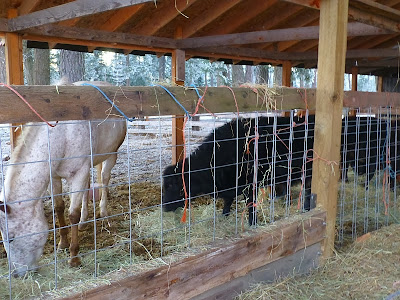 We went to church, which was lovely. But after three Christmas Eve services, and one Christmas Day service, we can imagine the pastor was pooped. I can only hope he was able to relax and enjoy his family after church. 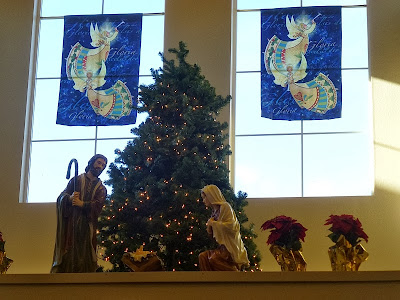 Later in the afternoon, while getting ready for some friends to come visiting, I managed to vacuum up Younger Daughter's choker. Not her fault -- she had put it on the table, but later I gathered all the gifts and tucked them back under the tree, where a dangling tie sucked the whole thing up. Don had to disassemble the vacuum to extract it. It had some damage, but I think it's fixable. Ug. My bad. 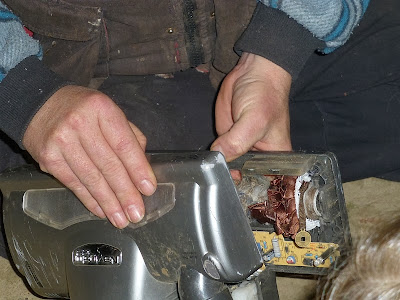 The day ended with a glorious display of color. 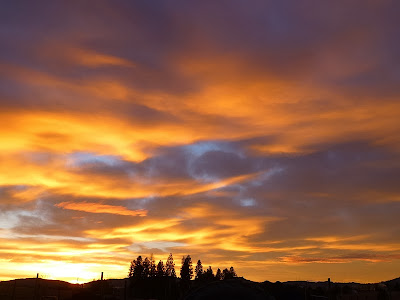 For unto us a child is born,
unto us a son is given:
and the government shall be upon his shoulder:
and his name shall be called Wonderful, Counselor,
The mighty God, The everlasting Father, The Prince of Peace.

How was everyone's Christmas?
Posted by Patrice Lewis at 8:18 AM