Everybody has a favorite genre of music. Mine happens to be classical.

While there are many different genres of music I enjoy -- folk, bluegrass, Irish/Celtic, John Denver, once in awhile 60s or 70s rock -- my heart belongs to classical music. There's just something about it that sends my soul soaring.

For years I listened to the only local classical station I could get on the radio, KAGU 88.7 out of Gonzaga University in Spokane. First thing in the morning, I would turn on the radio to a low volume and allow the music to softly play all day long, until I turned the radio off just before bed. The family learned to tolerate this peculiarity.

But the station isn't very powerful and way out here in the boondocks it's often hard to get. Unless the radio dial was precisely at 88.7, I would get bleed-through with another, much stronger station (at 88.5 on the dial) that would completely eradicate Mozart or Beethoven with some truly awful stuff. A few months ago it got so bad that I ceased listening to the radio altogether because I couldn't get the station at all. For that period of time the house was eerily quiet.

Then my girls introduced me to Pandora.com and I was hooked. (For those unfamiliar with the website, it allows you to listen to free music of whatever genre you choose.) I (cough) "borrowed" Older Daughter's computer speakers (and -- cough -- haven't returned them yet) and am now happily listening to my beloved composers once again. Because I hated the strident and abrupt interruptions when Pandora played advertisements, I paid a yearly fee (I think it was $36) for ad-free service.

Recently as a family we've been watching the superb BBC production "The Story of Music" by Howard Goodall, available on YouTube. (Mr. Goodall's intro remarks conclude with, "There are a million ways to tell the story of music. This is mine.") While we've only watched four of the episodes so far, I am finding them fascinating.

After forty years of being a classical music buff, I'm suddenly receiving a more advanced musical education. With a radio, I'm subject to the whims of either pre-taped music or a deejay's preferences. If I'm lucky, a piece is announced at the beginning and the end, so often I couldn't catch who wrote what. But on Pandora, I can see who the composer is, learn when he (or she) wrote the music, and begin to pinpoint the styles and periods I prefer.

And thanks to the BBC "Story of Music" series, I'm learning what made each musical period distinctive. I never realized, for example, how much I specifically enjoy the Baroque composers. I've always loved Bach, Handel, Mozart, and Beethoven, of course, but now I'm discovering the beautiful precision sounds of Albinoni, Corelli, Telemann, Scarlatti, Vivaldi, and the like.

Mr. Goodall tells how the people during this Age of Invention (Baroque) were obsessed with cogs and wheels and laws of gravity and other scientific marvels. Music was not immune from this widespread discovery of order and motion, hence the precise, chord-rich works of the Baroque composers. The enormous advances of clockmaking -- with the need for intensely precise gears, cogs, wheels, and timing -- is no accident, and neither is the precise and beautiful works of music that came out of this era. 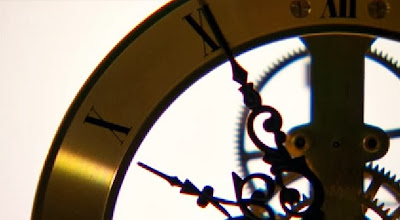 The Baroque period was also the beginning of the full, lush orchestral sounds that characterized Mozart, Beethoven, and Handel's greatest and most familiar works. In short, this Age of Invention was a major stepping stone in classical music as we understand it today. 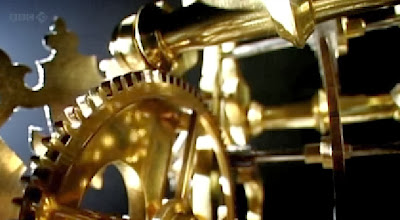 So my musical education happily continues as I wade my way through the beautiful Baroque composers to my heart's content. 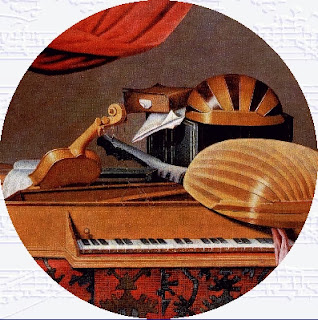