Don and I went into Coeur d'Alene this week to do a little Christmas shopping. Cd'A has a population of about 35,000 people, so I guess by urban standards it's considered a mid-sized city.

Don was driving, and as we stopped at an intersection, I couldn't help but notice the traffic cameras. Lots of them. Everywhere. 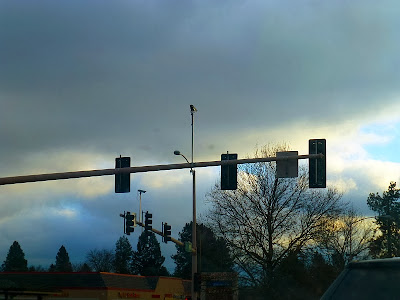 The more we paid attention, the more we saw. Most intersections had six. 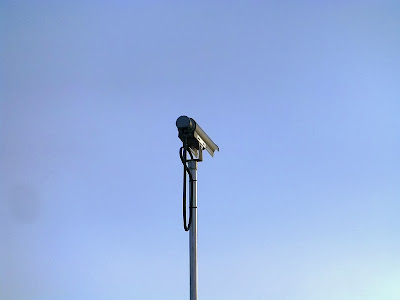 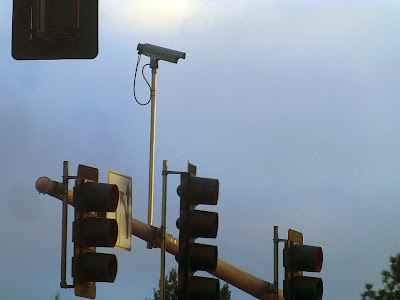 We also saw what looked like little control units. 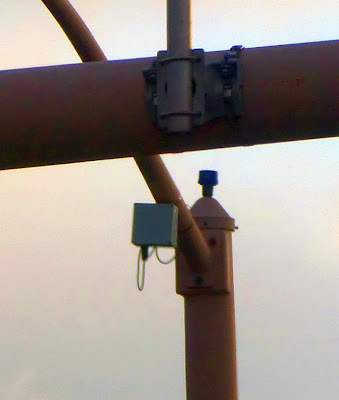 But strangest of all were these tall stand-alone devices that, at first glance, could be mistaken for street lights. 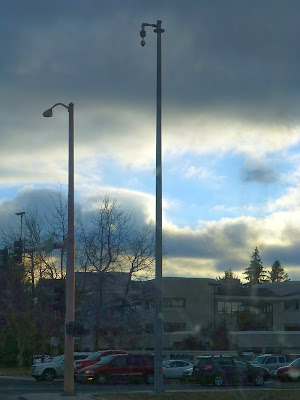 But they weren't lights. They were often near (not on, but near) large intersections. Anyone have a clue what these gizmos are? 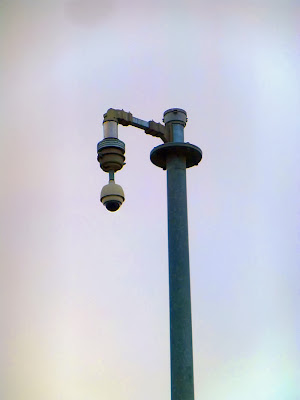 It's a Brave New World out there, a world in which our every move is tracked and recorded... even in a small city like Coeur d'Alene.
Posted by Patrice Lewis at 6:00 AM