Every year the local Elks Lodge packs Christmas boxes of food and gifts for those who request them. This morning we went and helped with the project.

On average the Elks donate supplies to 250 families. Each family receives two boxes of food (more for larger families). We got there early just as they were taping together the boxes. 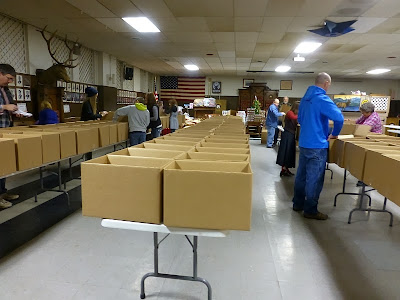 Food is donated or purchased wholesale from local grocery stores. At minimum, each box has the contents of this list, but this doesn't even touch on everything that gets included. This list is just the dry, boxed, or canned items. There are also frozen turkeys or hams, fresh fruits and vegetables, bags of potatoes, bread, pumpkin pies, and other goodies -- literally enough to feed a family for a week or more with careful planning. If there's extra food left over after all the boxes are packed, then it's divvied up and spread out among the boxes. 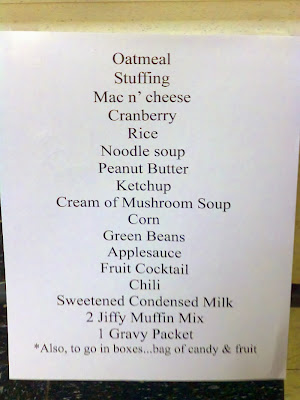 Here's a fraction of the donated or purchased food, waiting to be portioned out into boxes. 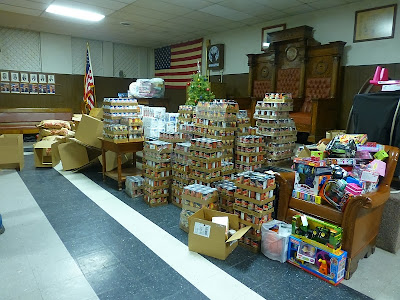 Ranged along each side of the hall are stations for presents, sorted according to age and gender. Gifts are donated by individuals. Each family gets a minimum of one gift per child, more if there are extra gifts left over when all the requests are filled. 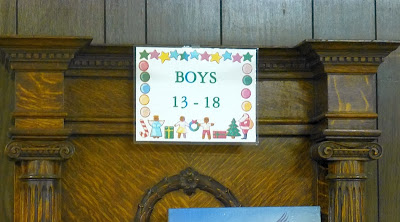 While some people set up the boxes for the food, other people started "running" gifts to the various stations. 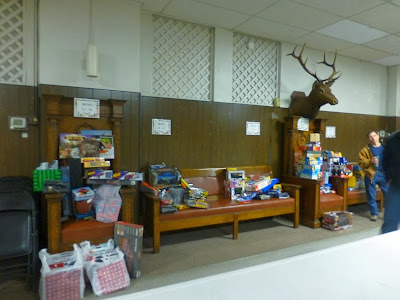 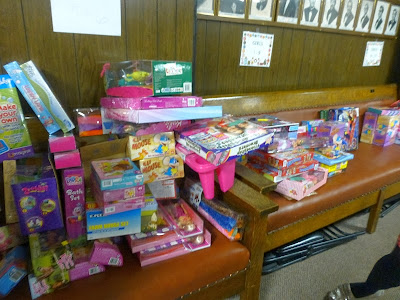 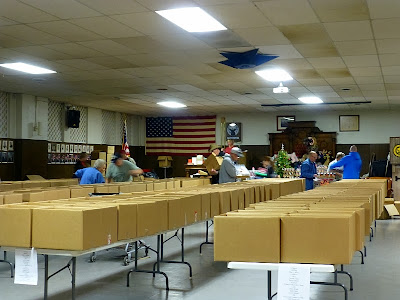 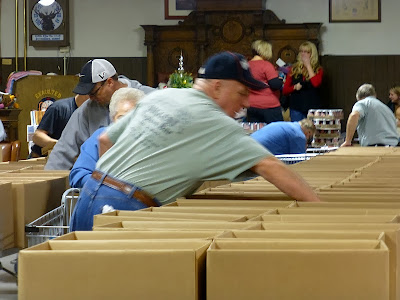 I stationed myself at one of the the gift-wrap tables. Along with many others, I wrapped and wrapped and wrapped. Kids acted as runners, delivering a pile of gifts ("This is for Girls, 7 to 9!") then ran the wrapped presents back to the appropriate stations. 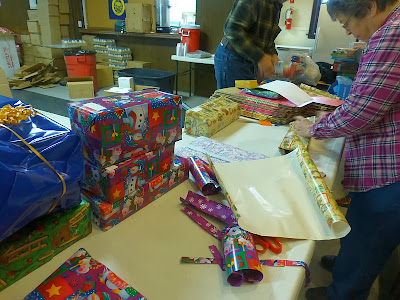 Gradually the piles of wrapped gifts replaced the unwrapped. 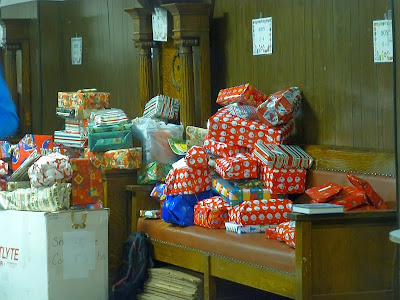 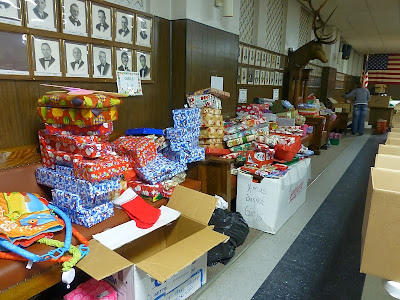 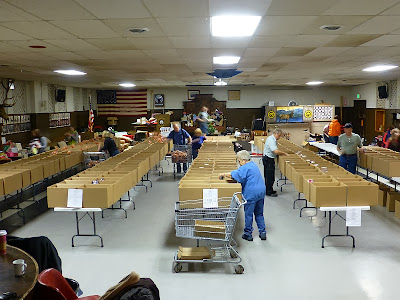 A portion of the box contents. 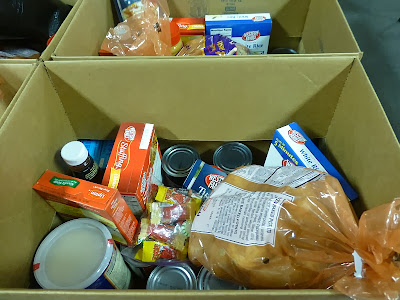 One sad little note is, for the first time, five-pound bags of flour and sugar, bags of noodles, and packages of pancake mix were not being included for distribution. Why not? Because too many recipients simply throw them away. The reason is -- I'm not kidding -- they don't know what to do with them. So the Elks volunteers take a lot of the staples and give them to grandparents who are raising their grandchildren, presumably because grandparents know what to do with staples.

But the important thing is to get boxes to where they're needed, rather than worry about people who don't know how to cook from scratch.

Late in the morning, Don (who was acting as a "go-fur" during much of the morning) was sent for a bunch of pizzas to feed the hungry crew, many of whom had skipped breakfast in order to get there early. 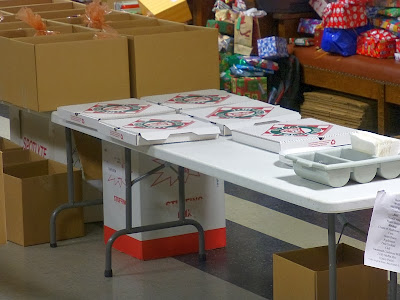 We missed church this morning to help with this project, but we figured this was like a church service all by itself. It was wonderful to be among a lot of folks with Good Things on their mind.

On the way home we passed some ice fishermen. The weather has been above freezing lately, so I guess these guys are trying to get their fishing in while they can. 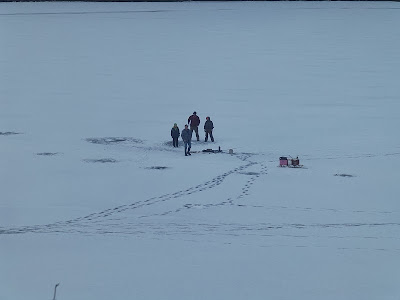 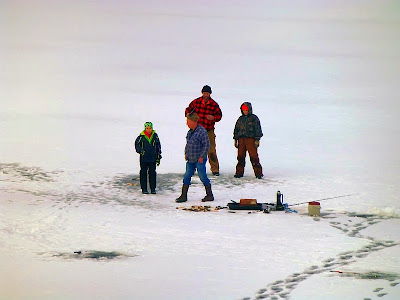 Posted by Patrice Lewis at 5:33 PM