When she got up in the morning, we all asked if she felt any differently now that she's legally of age. Of course the answer was "No." At least -- not yet.

We had no special plans for the day, so we took a celebratory walk. It was cold and windy, so rather than follow the gravel road (which is exposed) and face the wind, we ducked down a series of access roads. The wind had blown a small dead tree down... 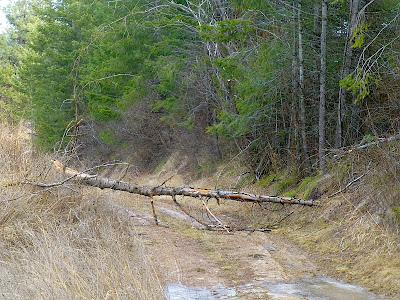 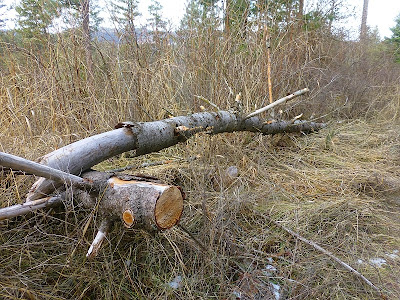 Lots of frozen puddles which Older Daughter bravely skated across. Me, I had slippery sneakers and circumspectly avoided puddles. 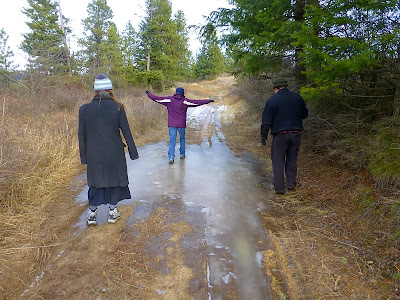 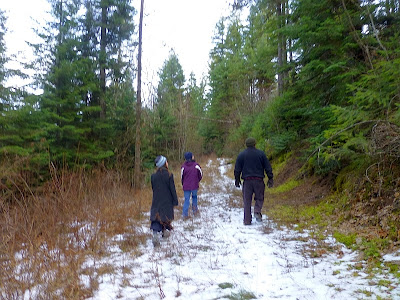 ...so three of us turned back and headed for a higher road. But Older Daughter decided to scramble up a steep brush-filled incline and wait for us on the higher road. Don told her we were out for a winter walk, not a winter crawl, so she crawled uphill while the rest of us walked around and met her. (This photo doesn't begin to do justice to how steep the slope was.) 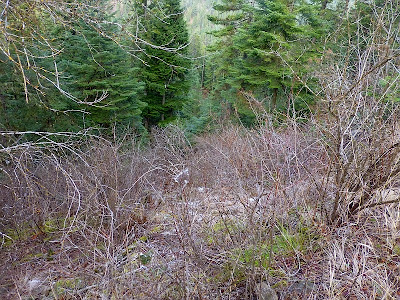 We found ourselves perched on a ledge over the canyon, where we could juuuust glimpse the lake in the distance. 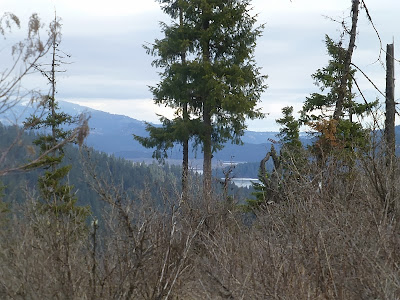 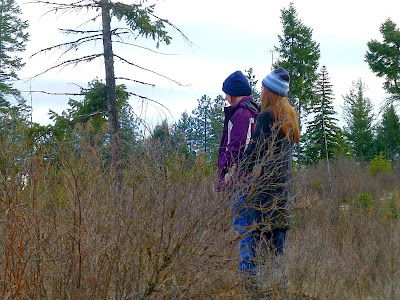 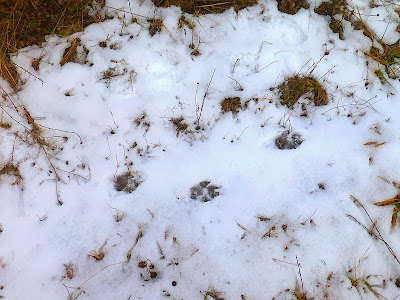 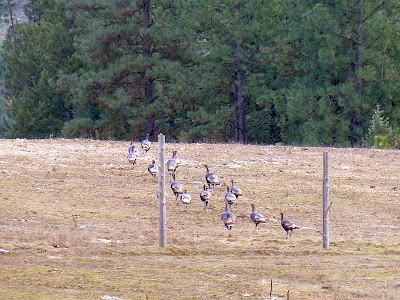 I asked Older Daughter what she wanted for her birthday dinner. She chose spaghetti. 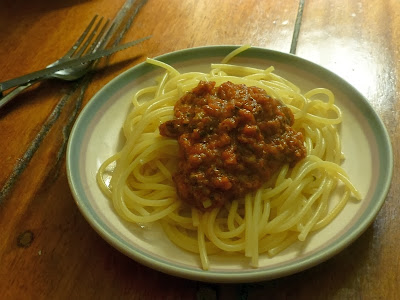 The girls were invited to attend a choral concert in the evening, in which a neighbor was singing. So we waited until they got home (late!) for cake, ice cream, and presents. 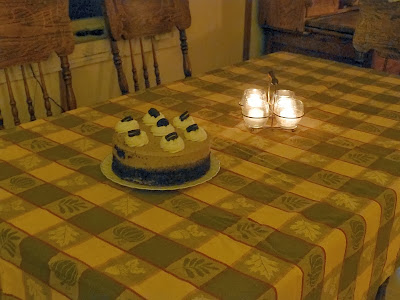 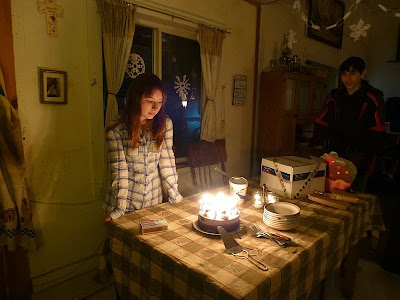 Presents included a new Bible, smaller in size and with a nice concordance, for when she leaves home next September. 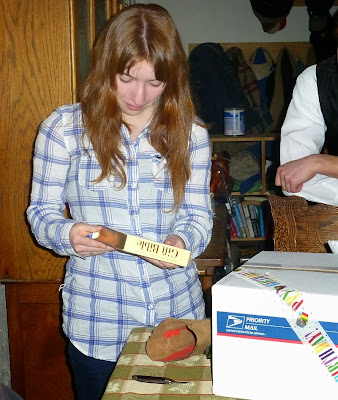 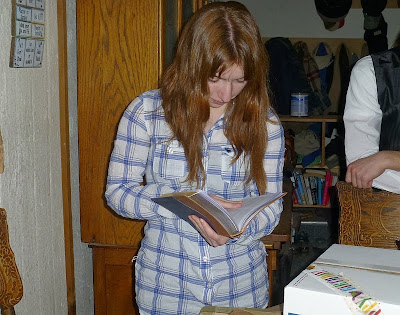 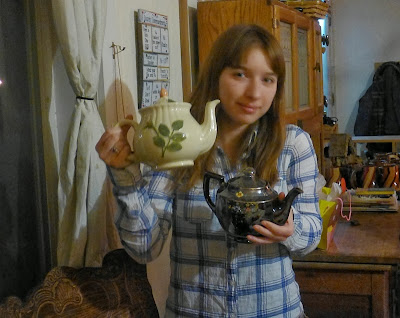 Hard to believe that the little Christmas baby I had eighteen years ago is now a grown-up young lady! 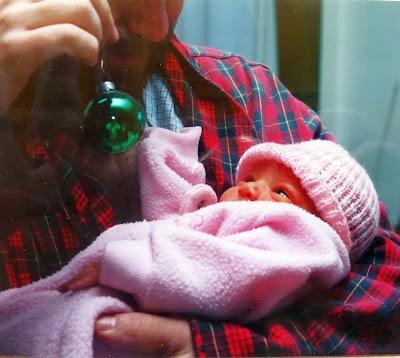 Posted by Patrice Lewis at 1:09 PM

Email ThisBlogThis!Share to TwitterShare to FacebookShare to Pinterest
Labels: birthday