As you know, my plans for the garden include laying down vinyl and anchoring it with gravel in order to establish widespread poison-free weed control (between the tires, of course). 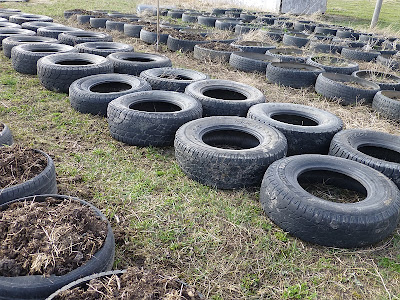 I have the tarps; I have the tires; what I lacked was the gravel. In spring, the narrow paved county road leading to our house has weight restrictions on it until drier conditions prevail, in order to limit damage from heavy vehicles.

So last Thursday I figured I'd call our local gravel supplier and order up two loads of 3/4-inch-minus gravel, to be delivered whenever the weight restrictions were lifted.

"Oh they're already lifted," the gravel fellow said. "I can be there inside an hour or two."

Wow! By all means! I didn't expect it so soon!

So Don and I hastily moved vehicles and other debris out of the way and determined the driver could dump the loads of gravel next to the garden. 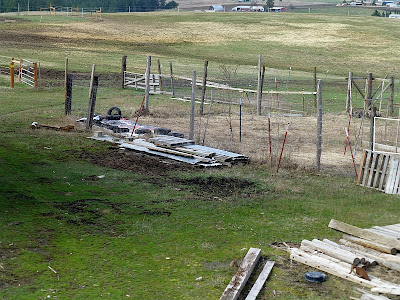 Sure enough, within the appointed time the dogs started barking as the rumble of a heavy dump truck could be heard. 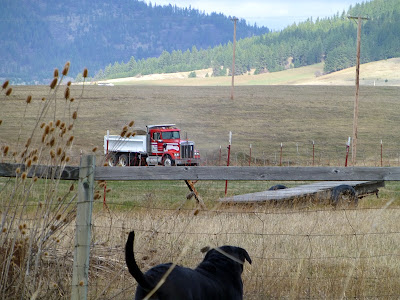 I didn't catch the driver's name, but he was cheerful and friendly. Here he's peering overhead to make sure there are no tree branches or anything else that will get damaged from the upright dump. 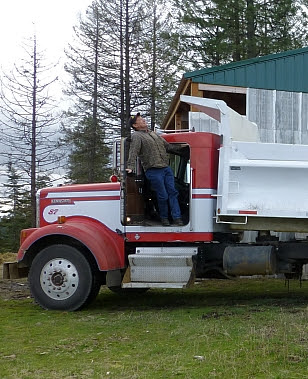 He backed up to the appropriate spot and released the back. 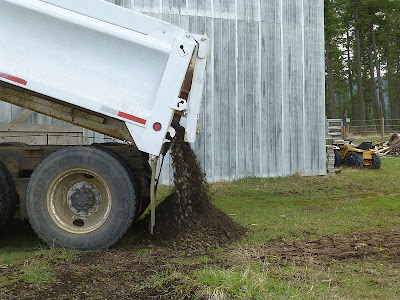 It took well under thirty seconds for tons of gravel to come pouring out. 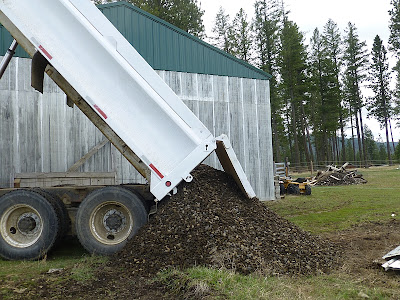 The driver watches the proceedings from his rear-view mirror. 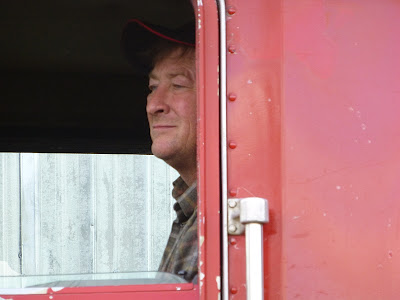 Within a minute or two he was on his way for another load. It took perhaps half an hour for the round trip, then he dumped the second load of gravel next to the first. 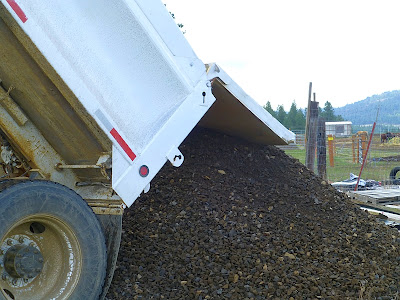 Tons of gravel, waiting to be moved into the garden. Let's see weeds work their way through THIS! 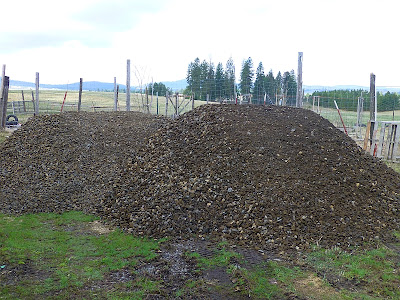 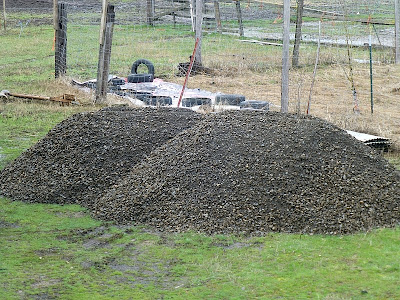 The weather for the past few days has been hideous -- shrieking wind, pouring rain -- but once things dry out a bit, Don will borrow a friend's tractor and start shunting the gravel as I lay down tarps. Then I can move tires where they need to go, fill them with composted manure, and await the warmer days of late spring before planting seeds.

Little by little, we're getting our garden.
Posted by Patrice Lewis at 11:51 AM