It's far too early to plant anything in the garden, but here in north Idaho a lot of seeds need to get started indoors in order to give them enough time to mature before the frost hits. In the past I've used plastic trays that have small individual planting cups, but I always seem to damage the fragile roots as I scoop the baby plants out when it comes time to transplant. I wanted something biodegradable, something I could place right in the ground without disturbing the roots.

So a couple weeks ago when I caught a little tutorial on The Harried Homemaker on making starter seed pots from toilet paper tubes, it seemed like an excellent idea. I asked neighbors to keep their toilet paper tubes for me, and we also saved our own. It didn't take long for me to collect several dozen tubes. 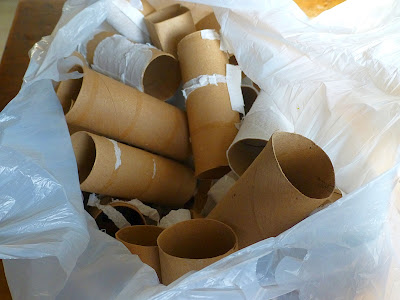 Here's how to make a seed pot. Start by removing any clinging remains of toilet paper. Then flatten the tube... 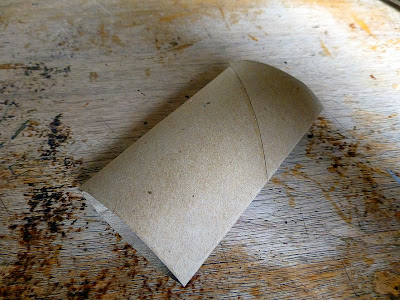 ...and flatten it again at opposite sides. 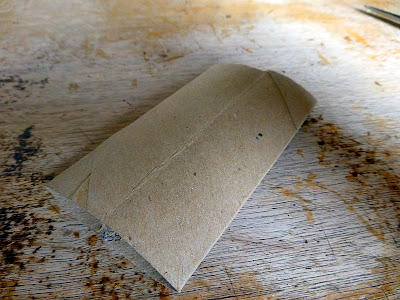 This "squares" the tube. 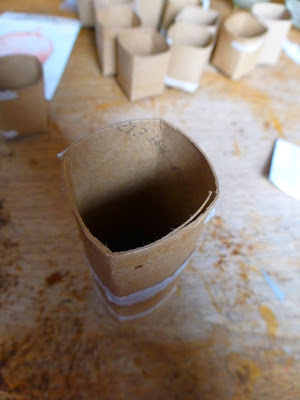 Now mark the flattened tube in half with lines down the middle, and a half-inch from each end. 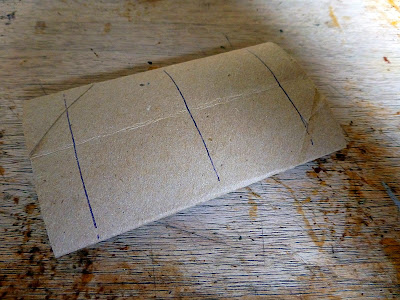 Cut the tube in half. 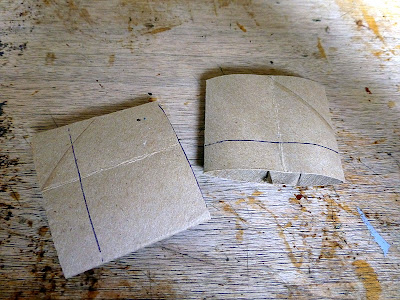 Along each corner, make a cut up to the marked line. 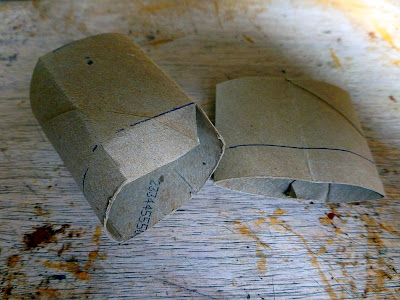 Fold each flap inward, then tuck them so they stay in place. Voila, a seed pot. 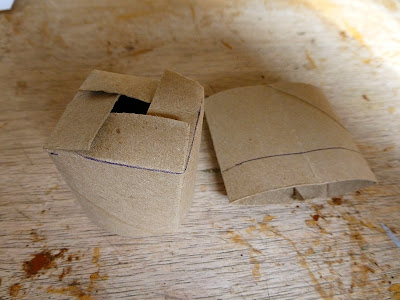 I decided to time myself to see how long it took to make two seed pots out of one tube. It took me about 2 1/2 minutes. 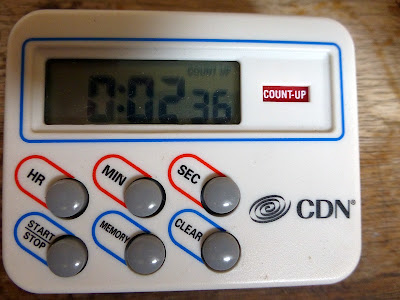 After a little practice, I got it down to about two minutes. 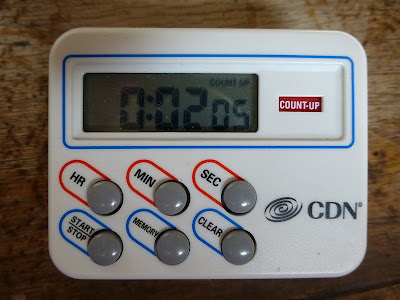 Then I employed the girls to remove the shreds of toilet paper and flatten the tubes... 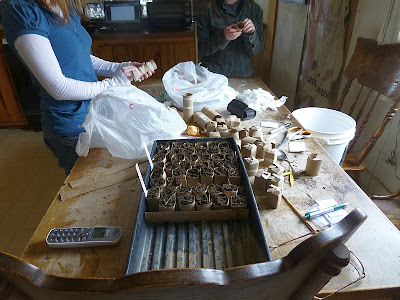 ...and started marking and cutting the tubes assembly-line fashion... 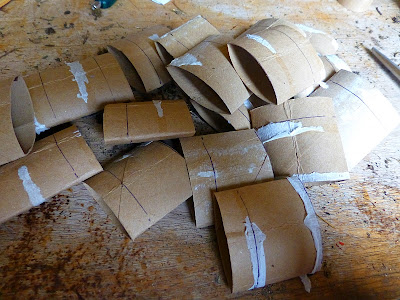 ...and after that things went much faster. 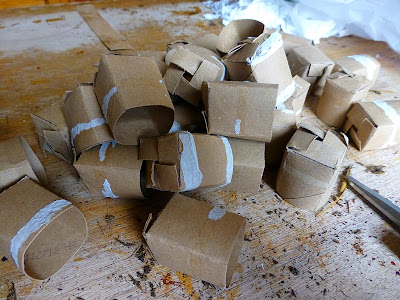 All this was preparation to get some seeds planted. For example, in north Idaho we need to grow long-day onions... 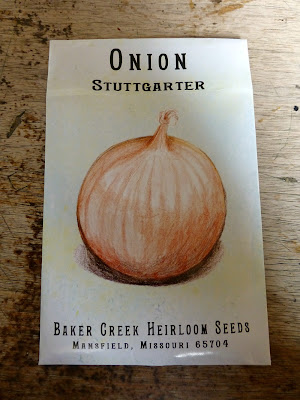 ...which require a long period of indoor growing to get them started. 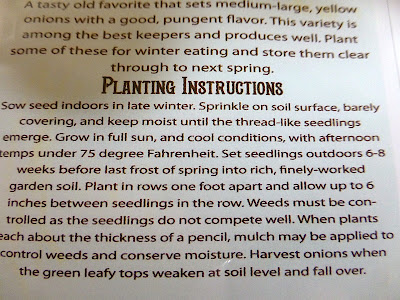 I also wanted to get some peppers started. Cascabellas (a favorite of Younger Daughter)... 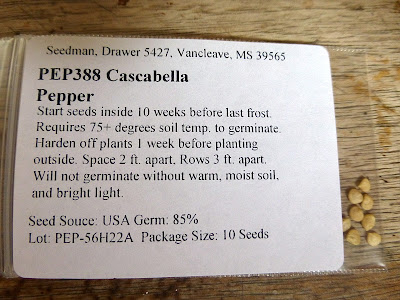 ...some Zavory (I've never tried these but they sounded good)... 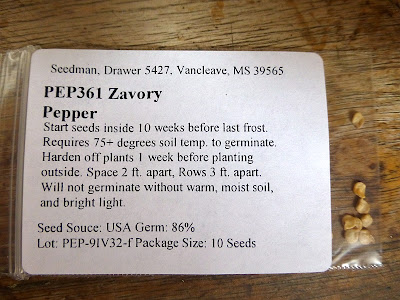 ...and for the heck of it, some red bell peppers taken from a store-bought pepper. I have no idea if these will grow but we thought we'd give them a try. 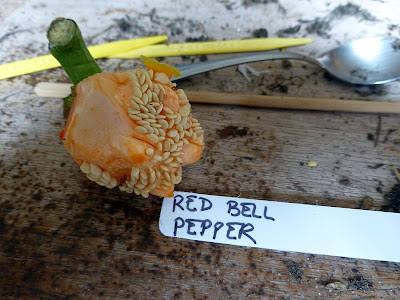 I also planted cumin. I tried this last year but planted way too late, so nothing came of it. 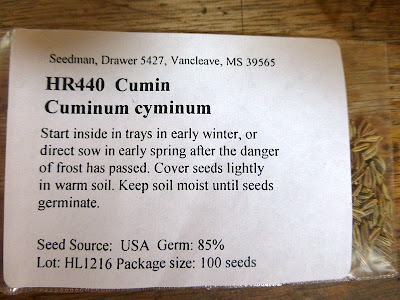 Anyway, to get all these seeds started, I scooped up some composted manure... 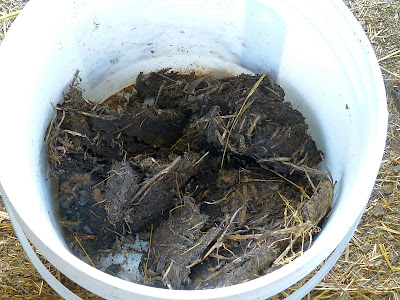 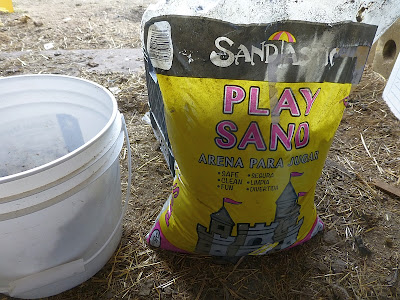 Then I chopped and mixed until I had some nice potting soil. 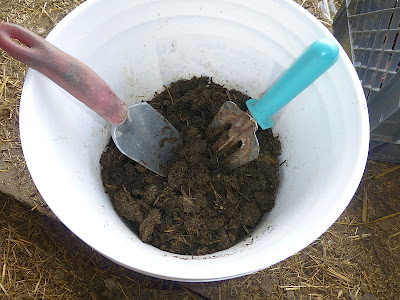 Then I started filling tubes. I used a spoon at first but soon switched to fingers, as it was easier to pluck out pieces that were too big. 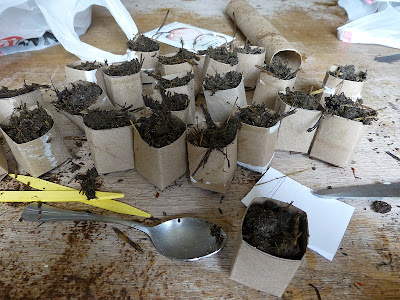 I found an occasional small worm. 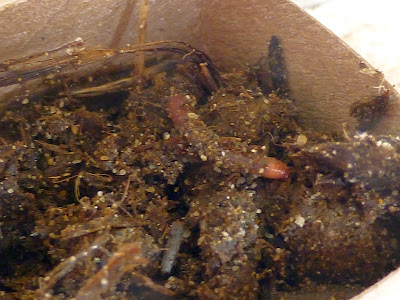 When the cups were full, I poked a hole with a chopstick... 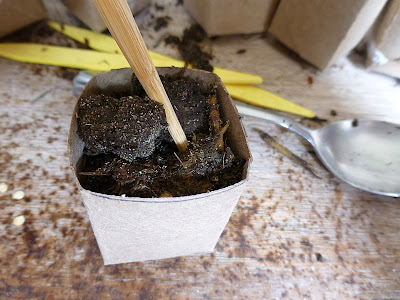 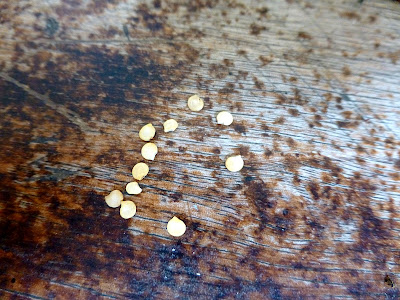 The base of these little cups isn't very stable, so sometimes they tipped. 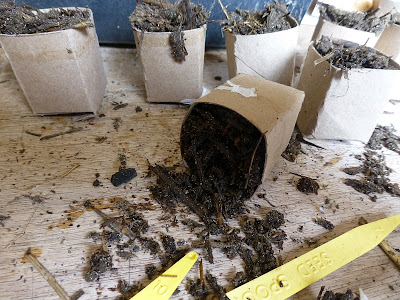 I planted everything but the onions (ran out of cups). 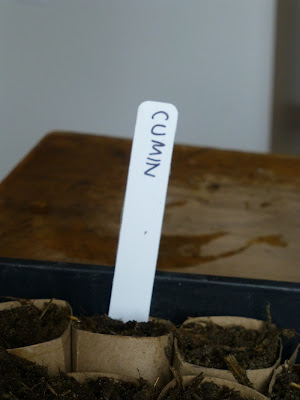 I gave everything a watering... 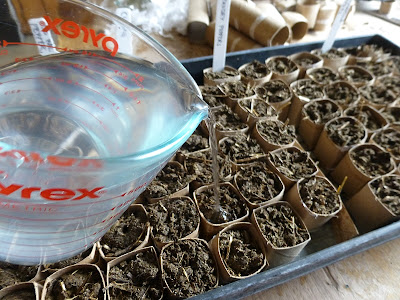 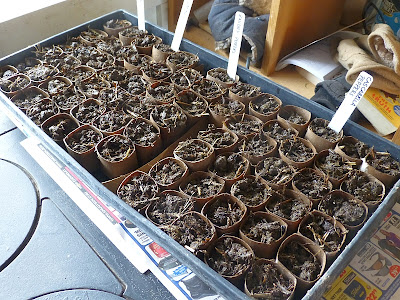 I'll collect enough tubes to get the onions planted next.
Posted by Patrice Lewis at 10:57 AM