As pretty as a peach pie

It was my turn to bring a dessert to our neighborhood potluck this past week, and I decided to make some pies. But what kind? I decided on apple and peach.

I can up apple pie filling whenever possible, so making an apple pie is literally nothing more than opening a jar and pouring the contents into a pie shell. But despite the fact that I absolutely adore peaches, believe it or not I'd never made peach pie. This was a new venture for me.

I pulled out the recipe book, some jars, two pie plates, and got to work. 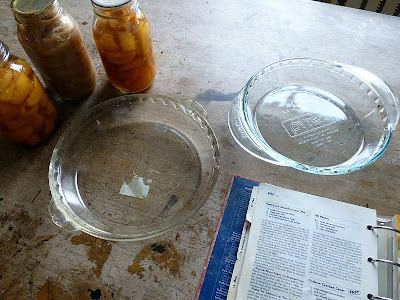 First step is to make the pie crusts. 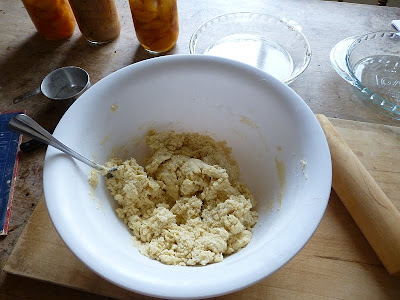 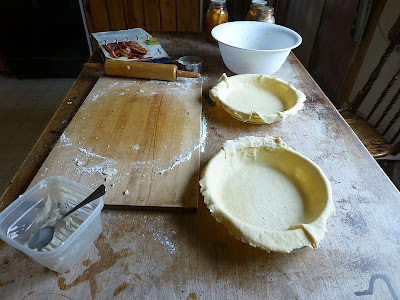 I ended up using two quarts each of the apple pie filling as well as sliced peaches. The pie plates are pretty large, so two quarts fit in each plate very nicely. 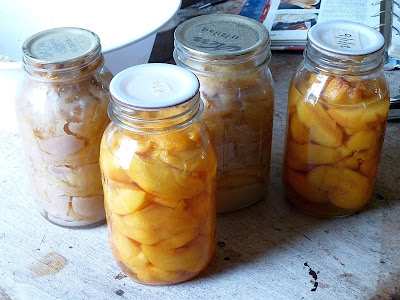 For the peaches, I first drained them... 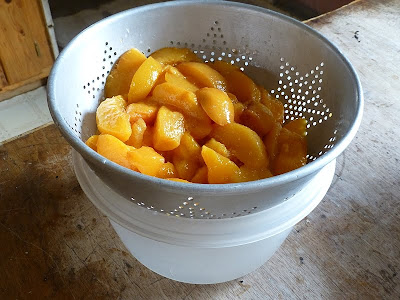 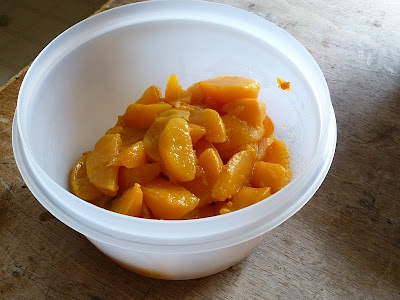 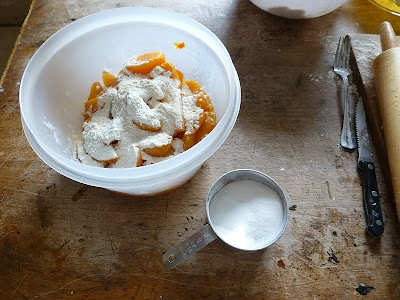 I poured the mixture into the pie shell... 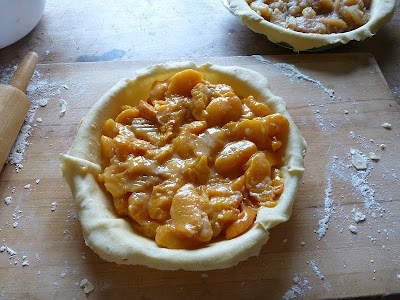 ...then added some pats of margarine. 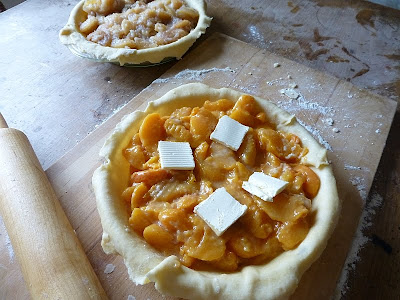 Rolling out the top crusts. 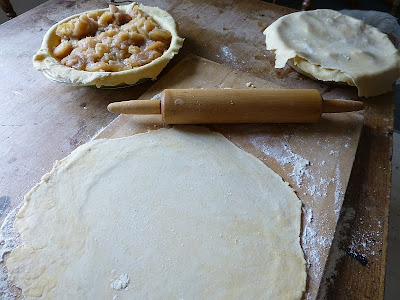 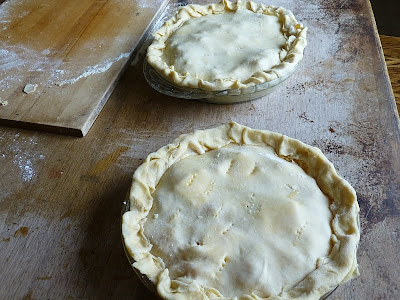 I like to brush the tops of my pie crusts with a bit of milk. Seems to add a bit of crisp to them. 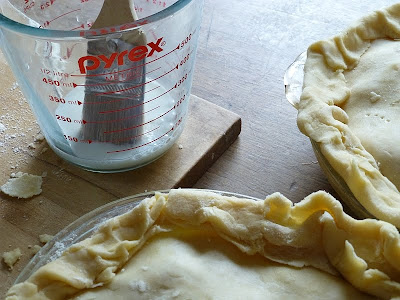 I also put foil around the edges for the first part of baking, so the crust doesn't get too dark (or burn). 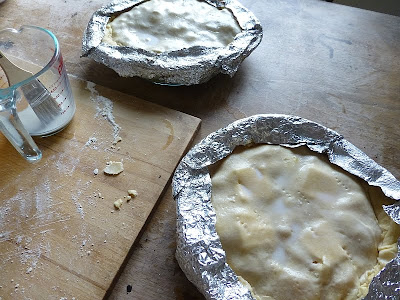 I reuse aluminum foil whenever possible (waste not want not), so the pieces I use to wrap pie edges get used over and over. 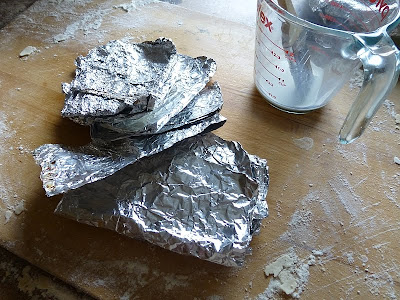 Halfway through baking, I pull the foil off so the edges can brown. I carefully re-fold the foil to use again next time. 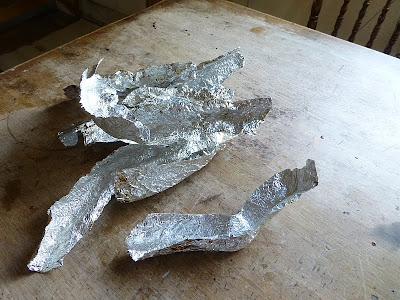 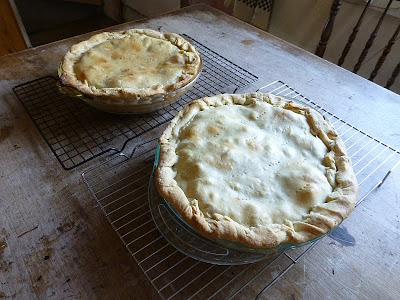 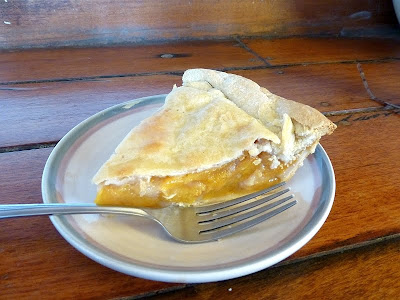 With the dozens of quarts of peaches I canned in early September, I can see a lot of peach pies throughout the winter. Let's hear it for preserving summer's bounty for winter treats!
Posted by Patrice Lewis at 11:26 AM