Music to their ears

As part of a Venture Scouts project, Older Daughter helped put on a music recital at a nursing care facility in a nearby town.

The recital consisted of the students of an elderly and much beloved lady named Genevieve, who teaches piano and harp. While this particular recital only had four harps present, I've seen as many as fifteen at other recitals. 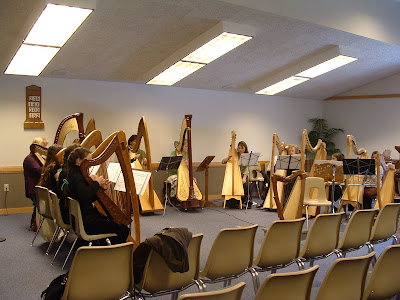 This past weekend, the short recital was held in the dining room of the nursing facility to bring a little cheer into the lives of the residents. Here the students are setting up... 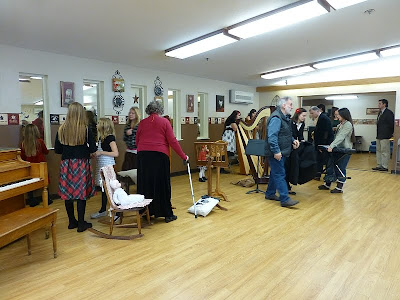 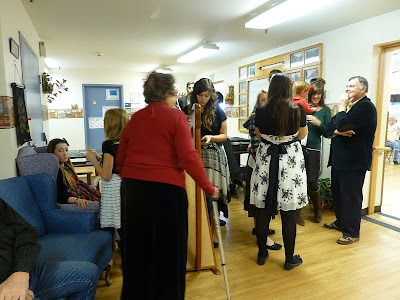 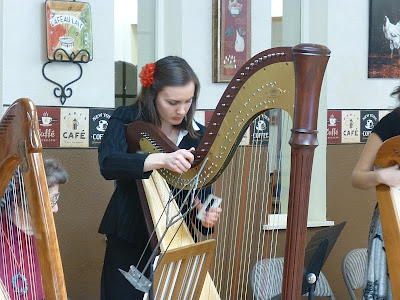 A flyer was distributed throughout the rather extensive facility, inviting all who appreciated music to attend. Eventually there was about a hundred residents who came to hear the joy... 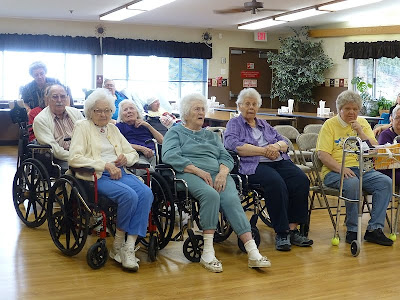 ...in all stages of health. 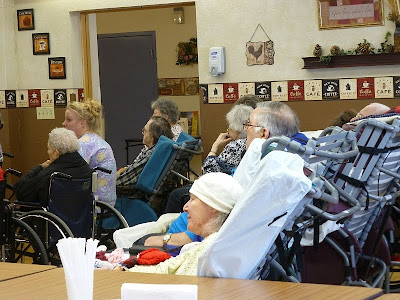 Older Daughter opened the recital by welcoming everyone... 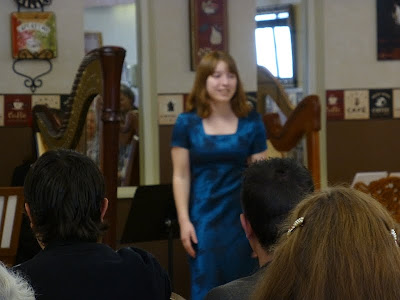 ...and introduced Genevieve (on the left, in red), who stood up to take a bow. 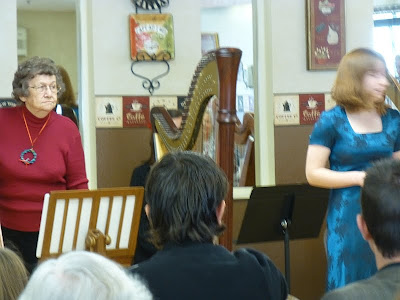 One of the things I like about Genevieve's recitals is students are required to dress like ladies and gentlemen. I think the little extra air of formality encourages people to play or sing their very best. This young man was the announcer for each selection. 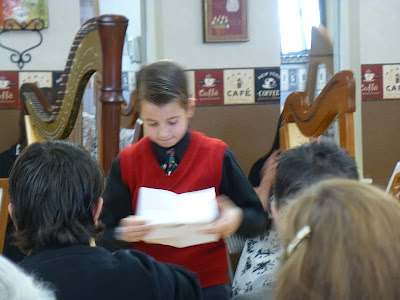 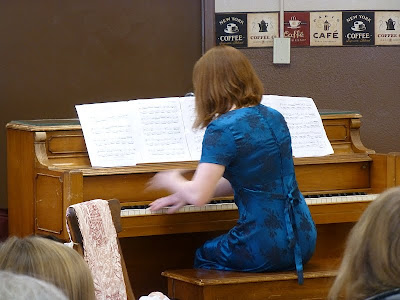 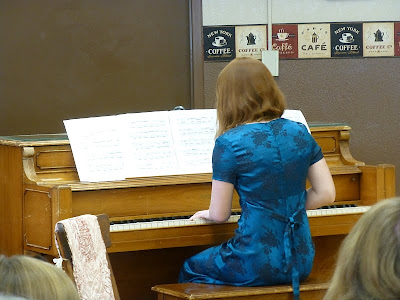 This young lady sang a Christmas song, accompanied on the piano by her older sister. 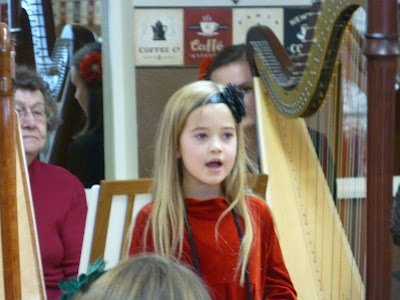 Then her even younger brother also belted out a song. As you can imagine, the performances of these very young people warmed the hearts of the very old people who came to listen. 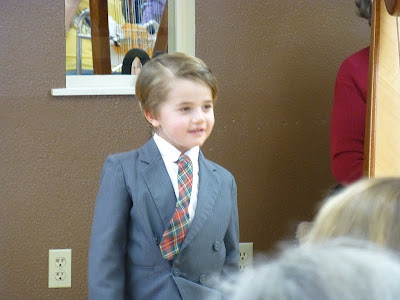 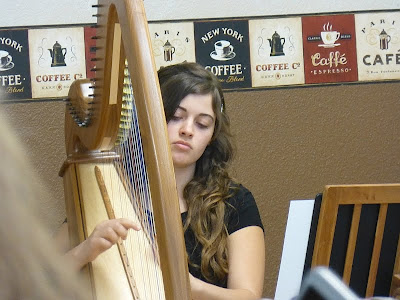 I was sitting behind this couple. The wife, on the right, had a very sweet smile. She was clearly in poor health and living in the nursing facility. The husband, on the left, was clearly in superb health and living off-site. They held hands the whole time. When the recital was over, I watched him push his wife's wheelchair out of the dining room. There was a great deal of tenderness between them, palpable even to a stranger like me. 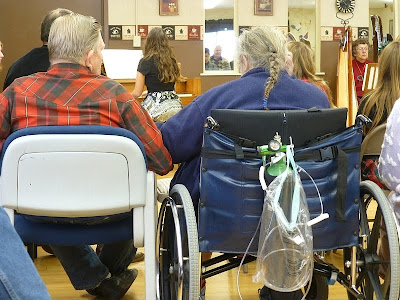 Altogether I think Older Daughter's project was a great success.
Posted by Patrice Lewis at 8:31 AM