It's not doomsday, it's peace of mind

Here is a cool beans interview and article in the New York Times on preparedness expos, and specifically those sponsored by the Red Shed Media Group. 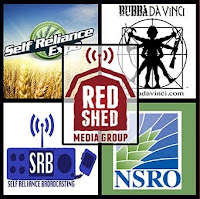 Red Shed is the group who sponsored the Colorado Springs Expo I attended last May, and what Ron Douglas (of Red Shed) discusses in the article is absolutely true: these self-reliance expos aren't all about tinfoil conspiracy theories or doomsday end-of-the-world scenarios; they're about sensible preparedness and increased self-sufficiency. As a result, the overall atmosphere at the expo I attended was positive, upbeat, and full of families with children who genuinely wanted to know how best to batten down hatches.

In the interview, Ron Douglas talked about "emergency preparedness, sustainable living and financial security — what he called the three pillars of self-reliance." Personally I would list supplies, knowledge, and community as the three pillars, but it doesn't matter -- they're ALL important. And what I like about Red Shed is they strive to make prepping both mainstream and apolitical. "It's not doomsday," said Ron Douglas. "We just want to teach people the lifestyle." To this end, they avoid vendors and speakers whose sole purpose is pushing anti-government conspiracy-theory tinfoil hat stuff. I say, more power to 'em.

The article quotes Scott Valencia (also with Red Shed) who instructs vendors "to avoid fear tactics and improve their displays while also making sure that the venues were welcoming and well lighted with wide aisles — the better to fit baby strollers and families. There was to be no more doom and gloom. 'We lost some vendors when we told them that we weren’t doing it anymore — and Ron worried about that,' Valencia says. 'But I said, ‘You’re going to pick up new ones.’ And we have.”

This would account for the optimistic, cheerful atmosphere I personally saw at the Colorado Springs expo. Believe me, people are hungry to learn about preparedness -- they simply and understandably don't want to be associated with radical conspiracy-laden tinfoil hat wearers.

In the aftermath of Hurricane Sandy, I'm astounded that anyone can still claim that being prepared is a bad idea. That's why I like what Red Shed Media is doing: putting on expos where people can connect with vendors and companies suitable for common-sense supplies and advice. It's a niche that desperately needed filling, and Red Shed does it admirably.

Go read the article. It's fascinating.
Posted by Patrice Lewis at 10:09 AM