My experiment in propagating blueberry plants was a failure.

If you remember, in late June I tried my hand at rooting some blueberry cuttings. I mixed some nice soil, snipped some blueberry tips, dipped them in rooting hormone, and planted them. 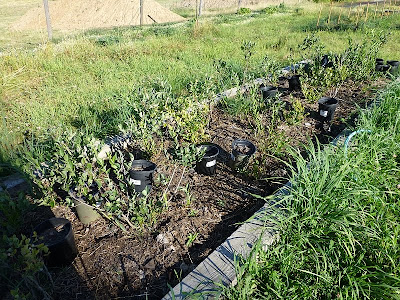 For awhile, I thought it had worked. But no such luck. Yesterday I finally pulled one up and saw that no roots whatever had grown, and the stem was brown and dead. 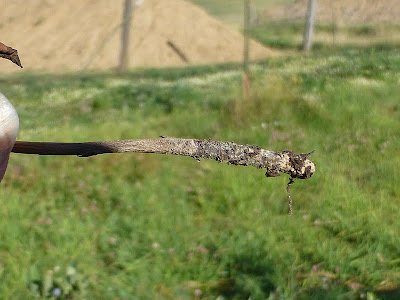 I'm getting some nice sprouts from the older plants... 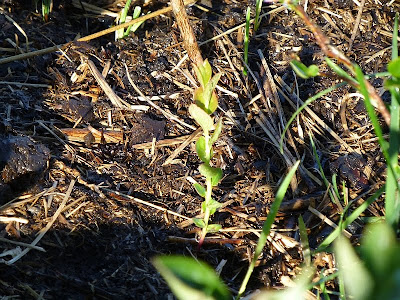 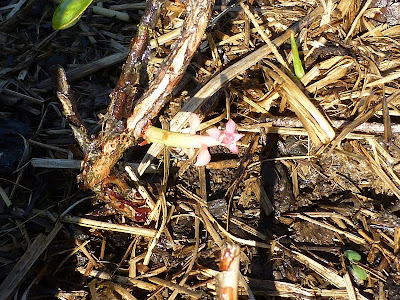 ...but I still wanted to try propagating some new plants.

I decided the major reason for my failure was because I wasn't keeping the cuttings moist enough. I planted the cuttings directly into gallon pots. We've had some very hot weather over the last month, and although I water my garden diligently, I suspect the water in the gallon pots promptly sank downward, leaving the shallow cuttings high and dry in the pot.

So I'm trying a different tact. I picked up these little gizmos called Windowsill Greenhouse, which had 12 compressed peat pots in each one. 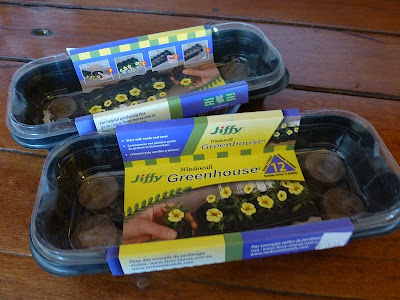 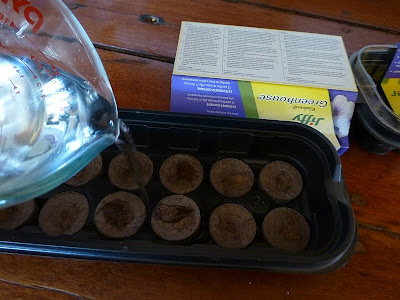 ...and hey presto, they expand. 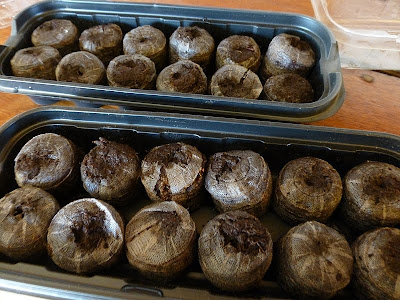 So this morning, armed with the peat pots, scissors, rooting hormone, and some water, it was back to the blueberry bushes once more. 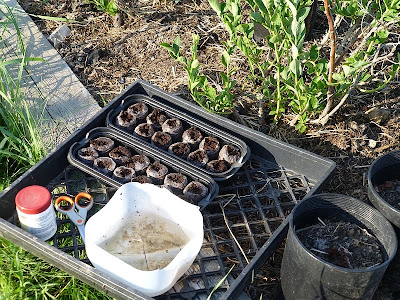 I snipped an apex (tip). 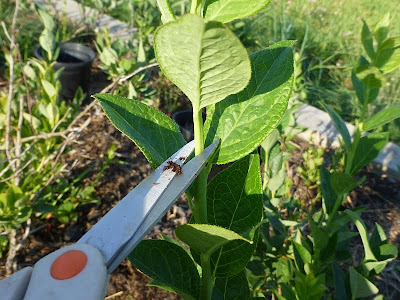 Right at the base of each leaf is a tiny node. Apparently this is the critical part. 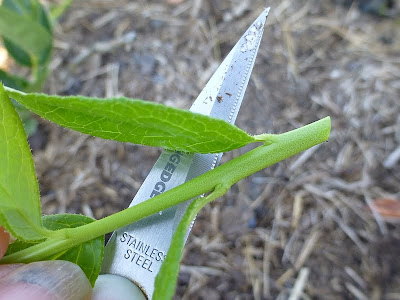 It's the roundish part tucked between the plant stem and the leaf stem. 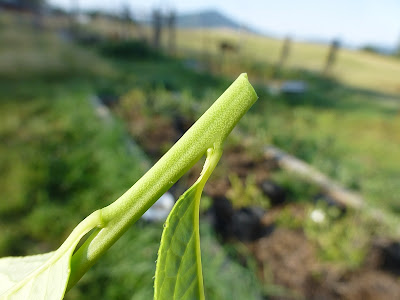 The last time I tried this, I nipped off the leaves without considering the node. This time I used the scissors to carefully nip off the leaf while leaving the node intact. 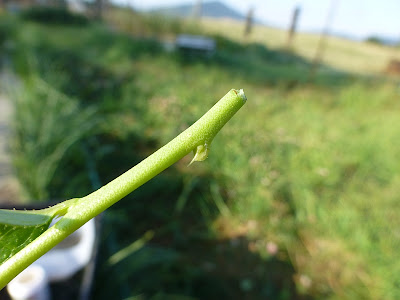 I dipped each cutting in water... 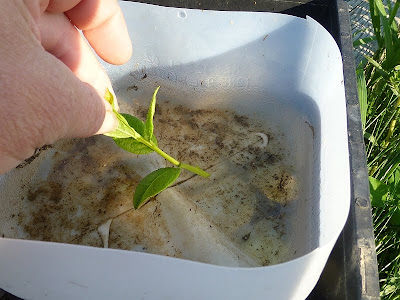 ...then dipped it in rooting hormone, making sure to cover the node. 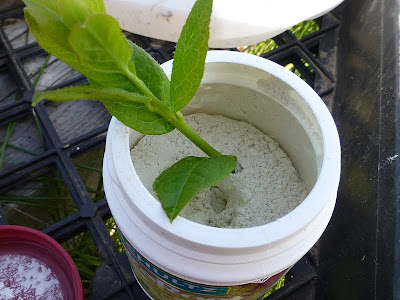 I tapped off the excess... 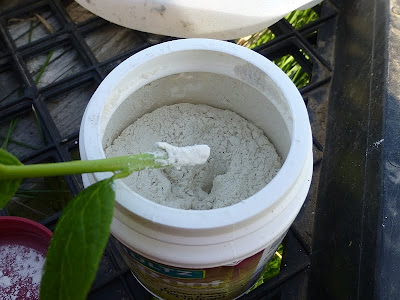 ...then tucked each cutting into a peat pot. 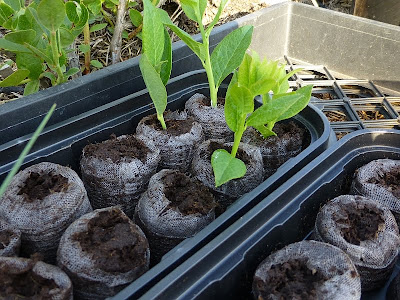 Twenty-four cuttings in all. 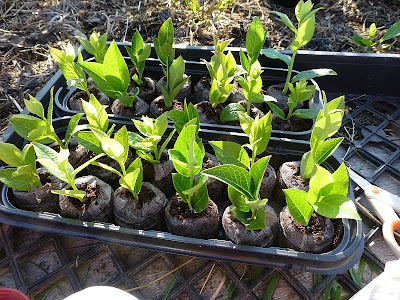 I also picked the few remaining ripe berries from the older bushes. Total this season for my first harvest: about a gallon of berries, maybe a bit less. 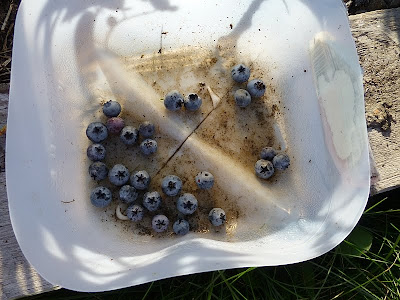 This time I brought the cuttings into the house and put them near a window, where I can keep an eye on them and make sure they stay moist. 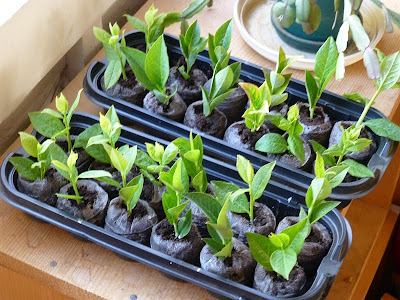 Within a couple of hours, some were drooping. I don't think this is unexpected. 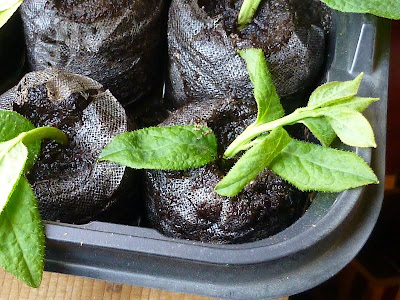 We'll see if this works. I'll keep you posted.
Posted by Patrice Lewis at 2:09 PM