Portland is a big city. By Los Angeles or New York or Chicago standards, it’s probably regarded as a quaint town (it has a population of about 583,000); but to someone who hails from a remote farm four miles outside a town of 1000, it’s a huge city. Trust me on this.

Don’t get me wrong, it’s a great city. I love my annual trips to Portland. My friends live near the quirky eco-friendly burg of Woodstock. The surrounding neighborhoods are stately and gracious. The stores and shops are abundant and well-stocked. All in all, it’s a lovely part of Portland.

Like all outsiders who are easily bewildered by the maze of streets and highways of a strange city, I know my route to get to my friends’ house. And I can get from their house to the event site where I sell our tankards. And I can get back again. I’ve never gotten lost – exactly – but nor have I ever gone exploring either. In other words, I don’t know Portland very well.

It’s the sheer size that can seem overwhelming. And it occurred to me one day, as I drove to my friends’ house, that if a foot evacuation of this city should ever become necessary, it would be virtually impossible.

Portland is bracketed by enormous rivers, crossed at intervals by huge and impressive bridges. In the northwest, earthquakes are always a distinct possibility, and I’ve heard it said that Portland's bridges are old and not considered up to modern earthquake standards. In fact, apparently it’s spoken in hushed whispers about the possibility of the bridges topping into the rivers should the “big one” ever hit. 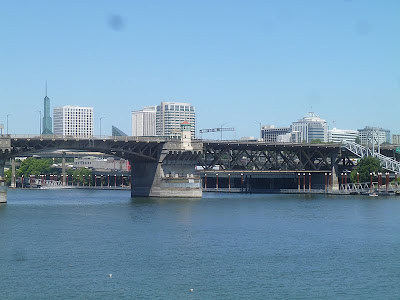 It would not be hard to walk out of Coeur d’Alene, the nearest big city to us. But Cd’A only has a population of about 35,000. A couple hours of sturdy hiking and you’re out in the countryside. But in all seriousness, it could take DAYS to walk out of Portland. And this assumes (a) the evacuee is not burdened down with possessions, small children, or anyone with limited mobility; or (b) the evacuee was not competing with aggressive elements determined to harm them. And of course, if someone is evacuating Portland by foot, aggressive elements are likely to be a huge factor. 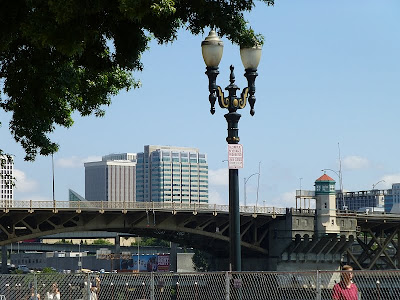 In short, it was an uncomfortable mental exercise to think about bugging out by foot of a city the size of Portland. Then of course there’s the very real question of, where would they be bugging out TO?

Nor would bugging out in a vehicle necessarily be the answer. Vehicle evacuations seem like they would be easier, but this doesn’t mean trouble-free. While the evacuee is not faced with the difficulty of transporting children or those with limited mobility – and at least they wouldn’t have to be carrying their worldly possessions on their backs – there are other severe limitations. Cars must follow streets. All streets lead to highways. All highways lead to the natural bottlenecks of crossing the rivers. And everyone is limited by the size of their gas tank and the reliability of their engine.

This issue, of course, is not limited to Portland. There are nine cities in America with populations over 1,000,000 (NYC, LA, Chicago, Houston, Philadelphia, Phoenix, San Antonio, San Diego, Dallas). The logistics of evacuating such enormous and dense areas are mind-boggling.

I have no solution to these dilemmas. They’re just observations. But if the thought of what you might do in the face of urban chaos has ever gone through your head, now might be the time to start thinking through.

If you live in a large city and you faced the need to evacuate, how would you do it? I’d be interested in hearing everyone’s thoughts.
Posted by Patrice Lewis at 9:41 AM

Email ThisBlogThis!Share to TwitterShare to FacebookShare to Pinterest
Labels: bugging out, Portland