We had a small spider which had taken up residence in our bathroom. 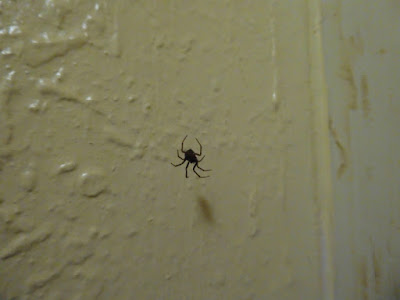 I'm a softie when it comes to spiders and didn't want to put this little lady outside at the time, since the weather was bitterly cold. So I left her there.

A couple days later, I noticed Older Daughter had affixed a sign underneath the spider's modest web: 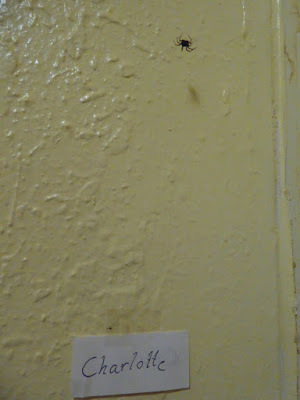 So now the spider had a name: Charlotte.

A day or two after that, Older Daughter started laughing and called me into the bathroom. Charlotte had a new sign above her web: 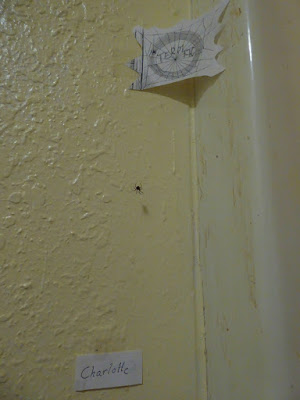 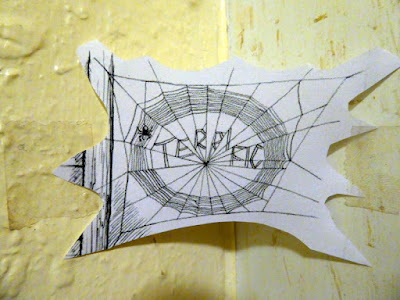 My family never ceases to make me smile.

A couple days later, Older Daughter emerged from the bathroom and reported, "Charlotte is making a run for it."

Sure enough, the little gal was on a different part of the wall. Since the weather had turned sunny and warmer, I scooped her up and put her outside. Goodbye Charlotte.

Just a little snippet from the Lewis household.
Posted by Patrice Lewis at 5:08 PM