In cleaning out the fridge last week, I came across a bag of mushrooms I'd bought a while earlier. These were supposed to get chopped up into salads, but the lettuce had gone south and was inedible. I didn't want to waste these mushrooms, however. They needed to get used up before they went bad. 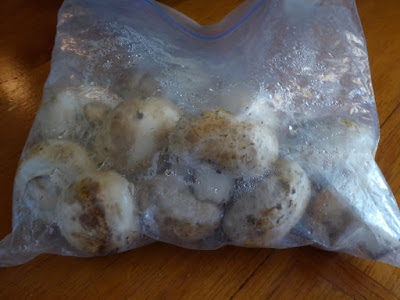 Assessing what ingredients we had on hand, I decided to try my hand at beef-and-mushroom pie. My philosophy is "Everything tastes better in a pie crust." I modified an online recipe I found here.

First step: Defrost some bacon and beef (cube steaks, in this case). 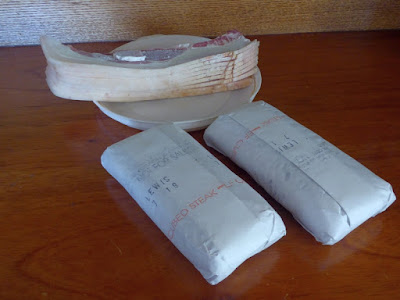 I diced and fried up the bacon bits. 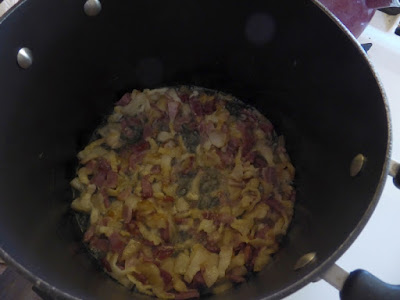 While those were cooking, I diced up the cube steaks and added flour. 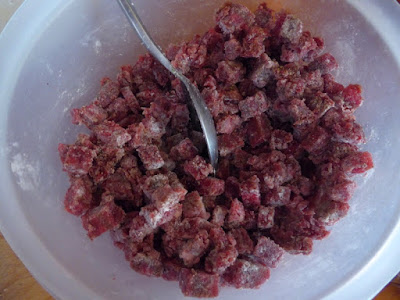 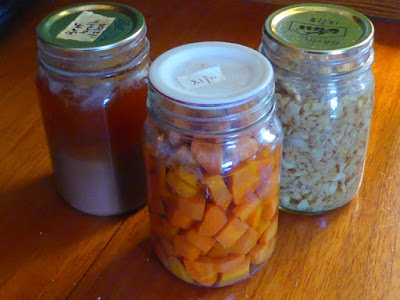 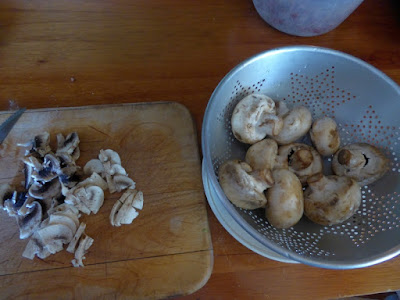 The recipe called for sautéing the mushrooms in olive oil, but why waste the bacon fat? 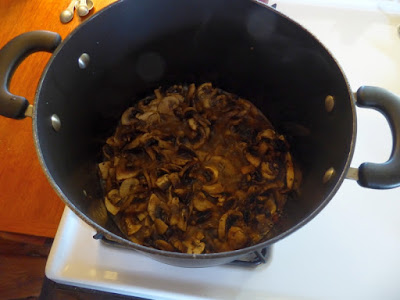 I also browned the meat in the bacon fat.

Adding flour and spices to the carrots. 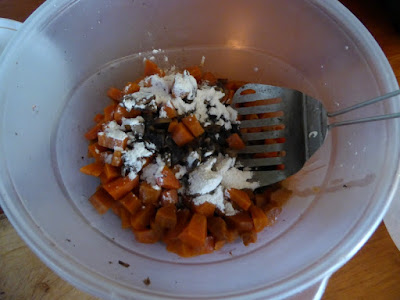 Next, red wine. I loathe red wine with all my heart, but we had inherited this bottle and I kept it on hand for cooking. It's great for cooking. 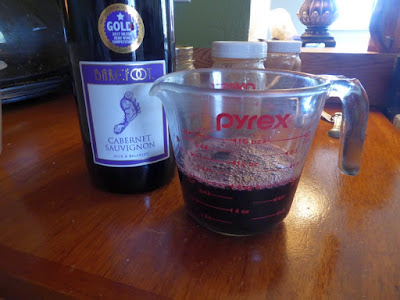 Finally, I threw all the components together in a pot and just let them simmer for a couple of hours on the lowest possible heat.

When the simmering was done, I rolled out a pie crust and pulled everything together. This is the uncooked pie. 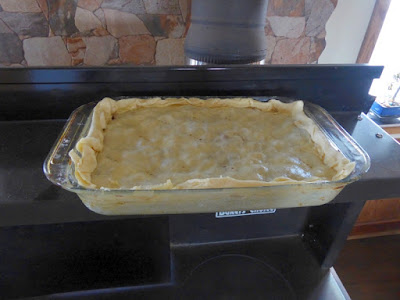 The baked result was utterly dee-lish. 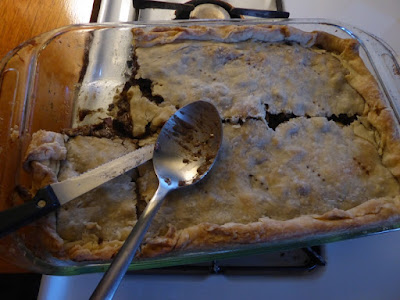 Here's the recipe I used. Older Daughter doesn't care for onions, otherwise I would have added a couple. Feel free to modify for your own family's tastes:

- Dice and fry the bacon and reserve the fat; put aside the bacon
- Slice and sauté the mushrooms in the bacon fat; put aside the mushrooms
- Cut up steaks and mix with 1/4 cup flour, salt and pepper to taste
- Add 1/4 cup flour to the veggies and sauté in bacon fat until veggies are soft (I skipped the sautéing since the carrots were canned and already soft)
- Brown the beef in the remaining bacon fat, along with thyme and garlic
- Combine all ingredients (bacon, veggies, mushrooms, beef broth, wine/beer, beef) and let simmer on low for a couple of hours.

Roll out two-thirds of the dough to fit a 9x13 pan. Add filling. Roll out remaining dough to cover the pie, pinch edges.

Bake at 400F until crust is golden

Bon appétit!
Posted by Patrice Lewis at 9:25 AM