Toto, we're not in Idaho anymore

I'm sitting in a charming motel in this charming town, reflecting on the fact that we're not in Idaho any more. Not by a long shot. But wow, it's beautiful.

So let's back up to Monday afternoon, when my flight landed in Salt Lake City. I couldn't take any photos of the leap from Spokane to SLC without leaning over the lap of the woman sitting next to me (I was in a center seat), so the photo documentary starts here. 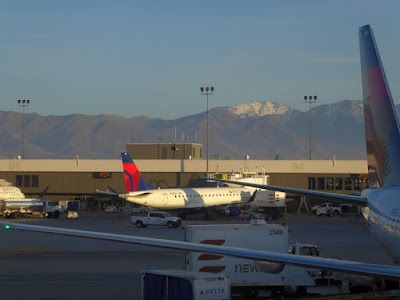 The Salt Lake area had a lot more water than I knew about. Whether it's salt water or fresh water, I couldn't say. (I assume the big body of water on the horizon is the Great Salt Lake itself.) 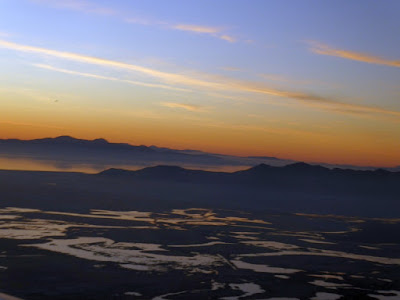 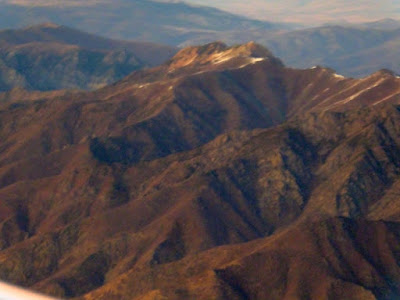 The sun went down as we ascended from Salt Lake City on the way to Dulles Airport in Washington D.C., so most of the flight was conducted in the dark. 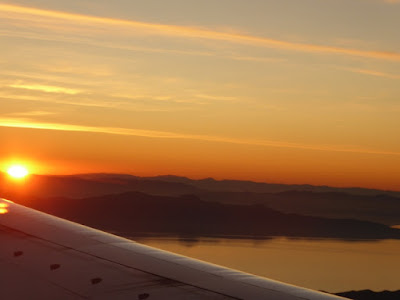 In fact, we were above a cloud layer for the entire flight, so I saw no ground lights until we were close to landing. 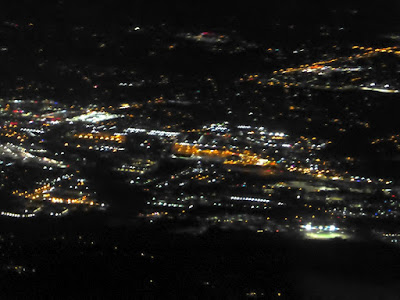 Older Daughter picked me up at the airport -- that we actually found each other without a problem was something of a minor miracle -- and we finally limped to my friend Ann's house around 1 a.m. That "only" translated to 10 pm my time, but it also translated to 12 hours of traveling (Don and I left at 10 am to get me to the airport), so I was wiped. Ann, bless her heart, stayed up to greet me, then we all crashed.

The next morning I could see Ann lived in the prettiest neighborhood. I marveled at the abundance of deciduous trees, a rarity in North Idaho. 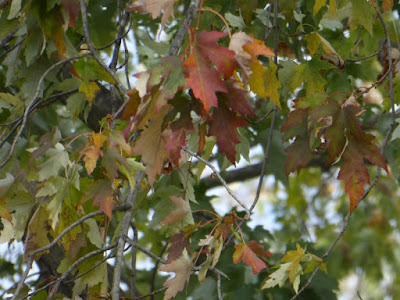 She has feeders in the backyard that attract squirrels... 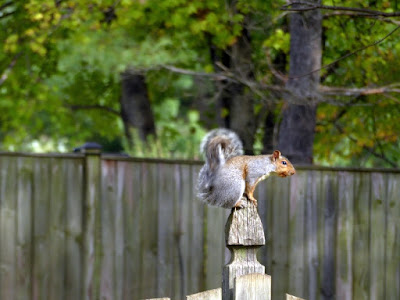 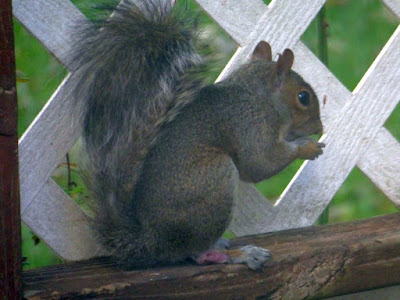 ...sparrows (I think this is a Harris's sparrow, but not positive)... 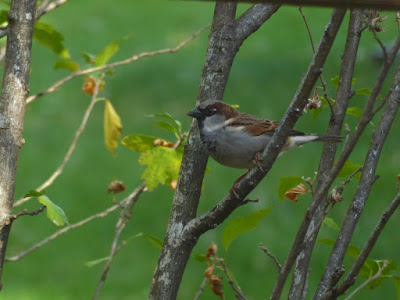 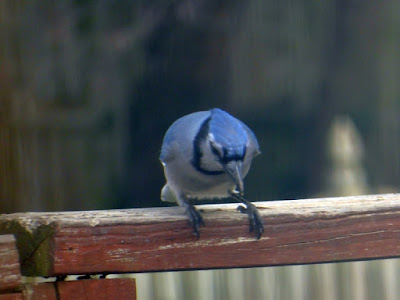 ...and best of all, cardinals! I haven't seen cardinals in decades, so every sighting was a thrill. 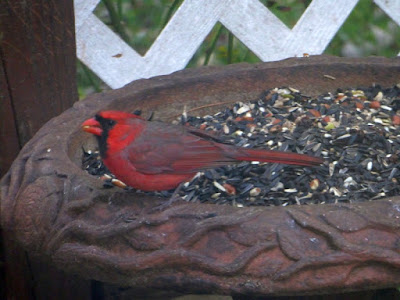 The nicest room in her house is the library. We spent hours in here, talking and catching up with each other.

Ann and I spent all day Tuesday visiting. Then this morning, Older Daughter and I finished packing her car to the rafters, and off we went on the beginning of our road trip. But before we left the city, Older Daughter took me to a stupendous used bookstore for a few minutes of indulgence. 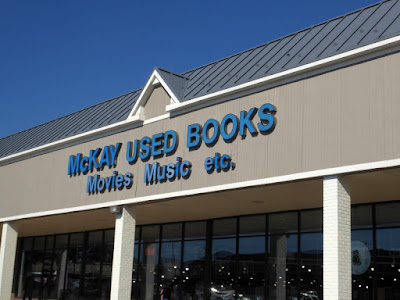 The fact that I managed to limit myself to four purchases was, I thought, a model of restraint, consider the excellent prices and the size of the emporium. Oh, and it helped I didn't have my 30-page list entitled "Books to Buy Someday" on me (actually, I have two such lists on my computer), so maybe that was a good thing for my budget. 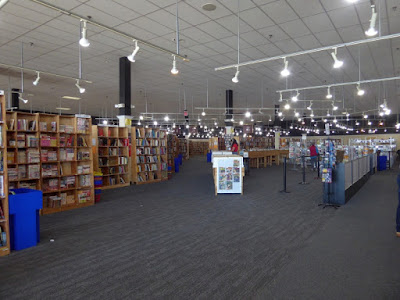 Then it was off through urban traffic, urban tunnels, past urban shipyards, and other urban sights... 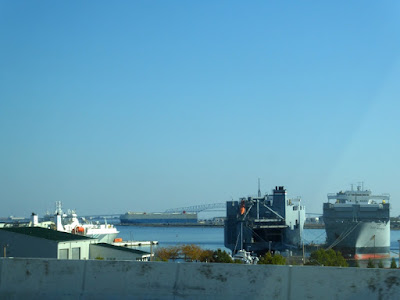 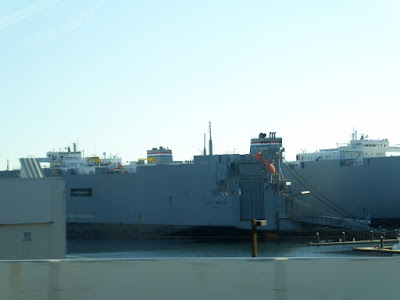 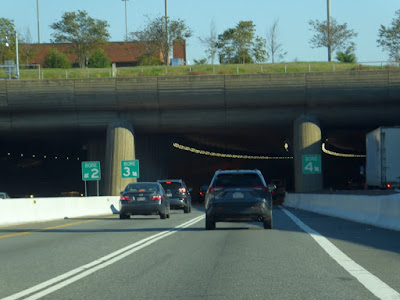 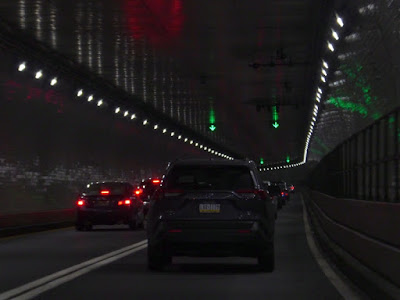 ...until we hit Pennsylvania. Then things became less urban because Older Daughter was taking me to Amish country. 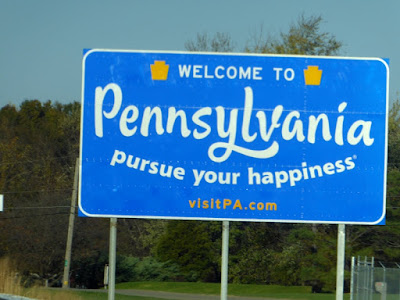 Yes, it was way less urban. 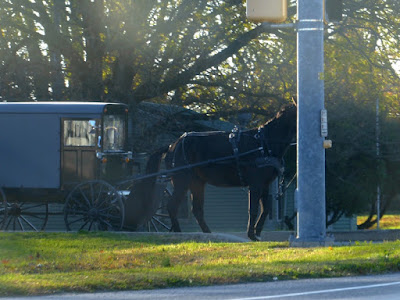 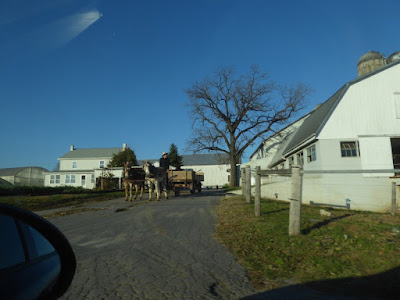 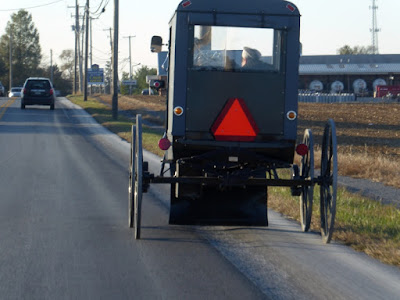 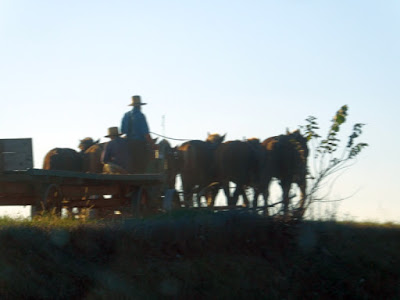 We ended up in the venerable Intercourse, Pennsylvania (established 1754). Let the droll remarks begin. 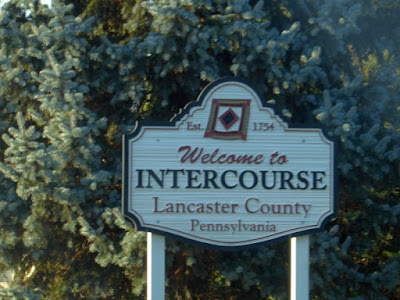 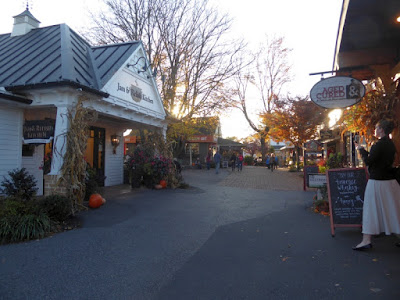 We poked around a variety of shops. One popular place was called The Jam and Relish Kitchen, where all items were made on site. 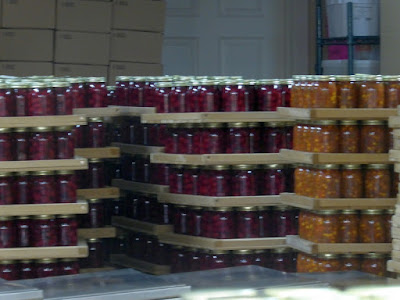 I ended up purchasing a small jar of to-die-for peach salsa, with a mental promise to try and duplicate the recipe myself when I got home. 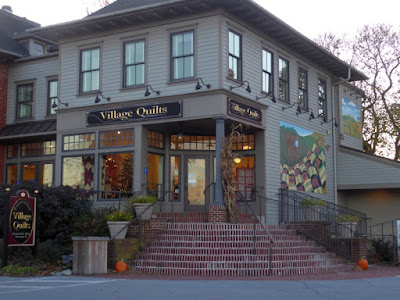 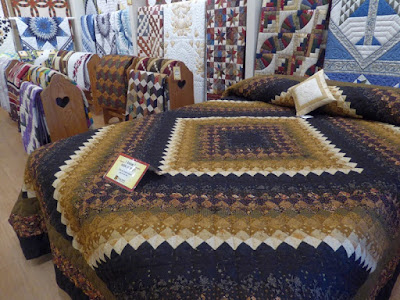 Since we arrived in Intercourse late, the sun was setting as we left the tourist spot. 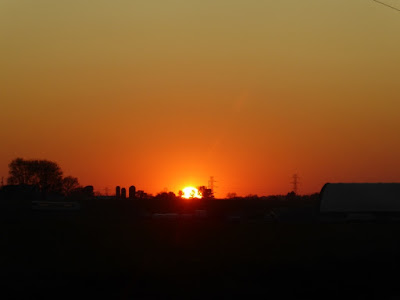 We found a place for dinner, then settled into a charming establishment called Homestead Lodging for the night. 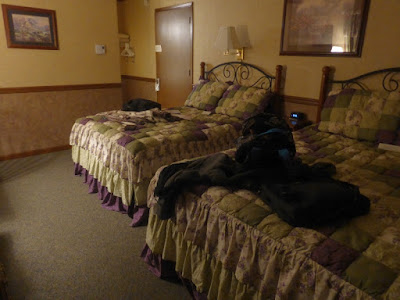 We'll leave early tomorrow for another day of driving. I promise to update everyone each night!
Posted by Patrice Lewis at 5:43 PM