Well, unlike the warm and sunny weather we experienced yesterday in Pennsylvania's Amish country, today was wet wet wet. And cold. Temperatures dropped to just above freezing as we traveled. 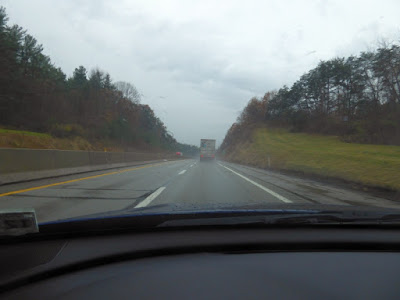 Today's task was to get into Ohio, hopefully in time to get to Lehman's, where we are promised a behind-the-scenes tour of the store. After some back-and-forth email with my contact at Lehman's, however, we learned we wouldn't make it to the store in time for the full tour before it closed for the night; so instead we made it into Ohio and are staying at a motel not far away. Tomorrow we'll get our tour.

I did most of the driving today while Older Daughter navigated (since she has a GPS on her smart phone). Okay, I'll admit it was awfully nice she had that little device, since she was able to guide us around back roads, find exact driving directions through little burgs and rain-slicked roads, navigate confusing urban areas, and otherwise take us seamlessly from Point A to Point B. It means, however, I didn't get a lot of pictures of this leg of the trip.

Nearly the first thing we saw on the highway was this rather abrupt recommendation: 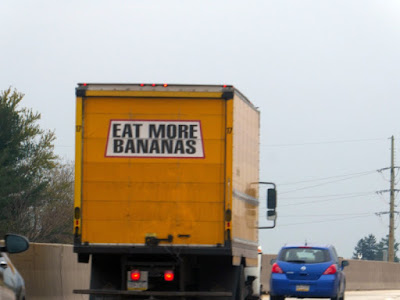 Since the vehicle had no other identifying signage, I don't know why we were being urged to eat more bananas. Just one of those little mysteries of life.

We passed many, many large working farms, all of which predated the highway and now must live with the roaring and constant noise of six lanes of high-speed traffic literally in their backyard. It's nothing short of tragic to see the juxtaposition. 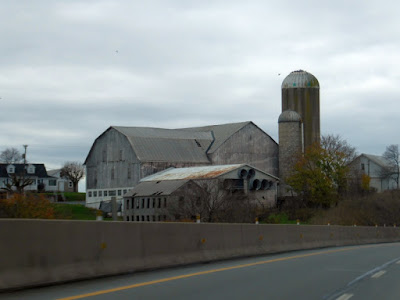 Our time on the road was about evenly divided between urban and rural vistas. 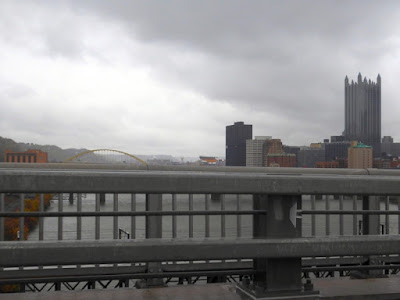 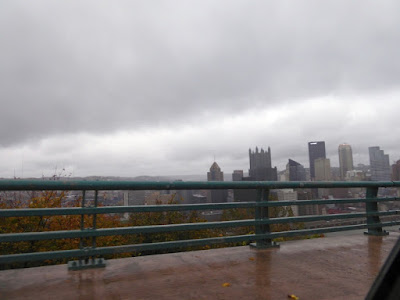 Since we couldn't make it to Lehman's in time anyway, Older Daughter directed me to an Ikea store outside Pittsburgh as a sort of "what the heck" stop. We needed to stretch our legs anyway, and I'd never been to Ikea. 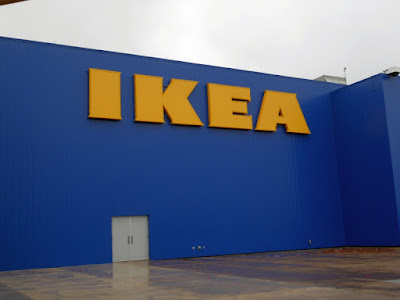 I had no idea what to expect and frankly thought I'd be skeptical at best and hostile at worst. As it turns out, I was very very impressed. 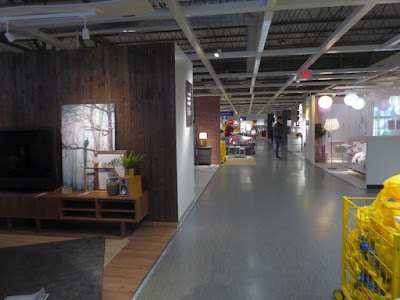 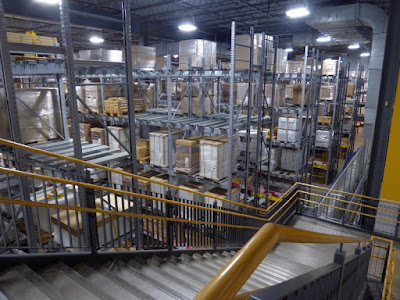 We spent an hour poking around the store before hitting the road again.

As we approached the West Virginia border from Pennsylvania (where we crossed just the thin tip of the panhandle), I saw what looked like a huge metallic clothespin sculpture from a distance. "What's that?" I asked, but my question was answered within moments as we crossed a spectacular bridge. 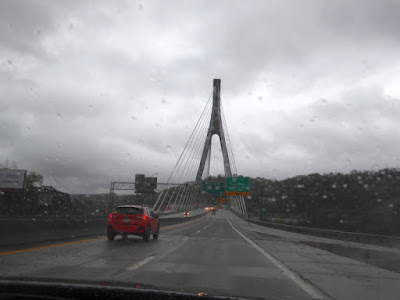 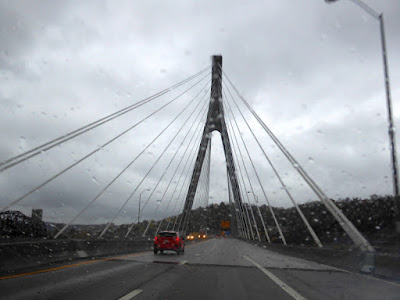 Not long after, it got too dark for photos. Now we're holed up in a motel for the evening, but unfortunately my poor husband isn't getting a phone call from me because my cell phone won't connect. (Honey, if you read this, try giving me a call, and be sure to check your email.)

Tomorrow we indulge ourselves at Lehman's; and after that, we catapult ourselves across the country, trying to stay ahead of any weather.

Posted by Patrice Lewis at 5:08 PM