There's an old John Denver song entitled "Saturday Night in Toledo, Ohio." This comical description, we've learned, cannot be applied to a Saturday night in Topeka, Kansas. Let me tell, this is a happenin' place! Every hotel and motel was booked, restaurants had line to the doors, and all kinds of excitement seems to have seized this town.

But let's back up.

I expected the scenery to be flat -- which it is -- and barren -- which it most certainly was not. In fact, it was quite surprisingly lovely, in a late-autumn sort of way. The weather was splendid. 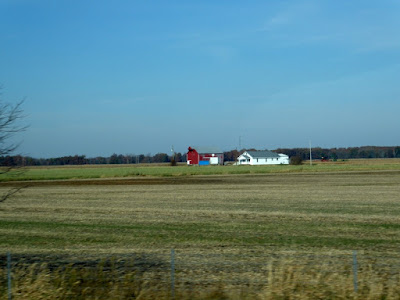 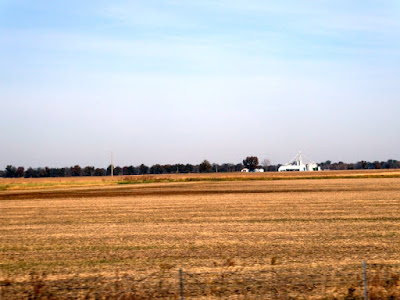 In some places, they were still bringing in a late corn crop. 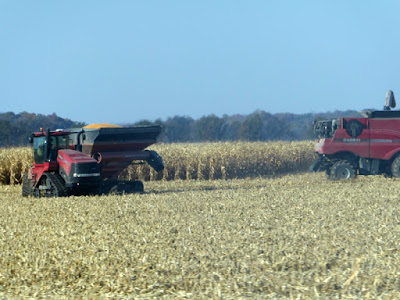 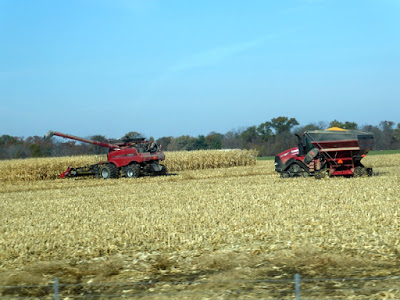 We are very firmly in the Bible belt, which is rather refreshing. Somewhere we passed this enormous cross (maybe 100 feet high or more). I would have taken a photo from the windshield, but my camera isn't always cooperative and I couldn't get it to turn on until we passed it, so here it is reflected in the side-view mirror. 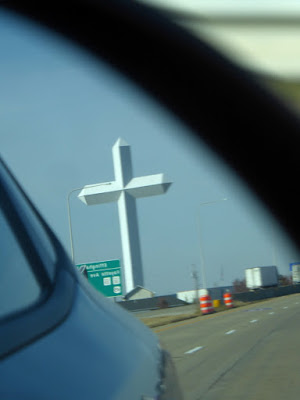 There were also numerous billboards. I photographed this one so I could look up the Bible verse. 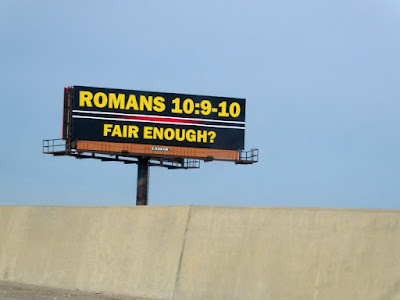 Soon we approached St. Louis, Missouri with its famous arch. (I have faint memories of ascending the arch to the observation deck at top when I was a young child during a cross-country trip with my parents; I couldn't have been more than 7 or 8 years old.) 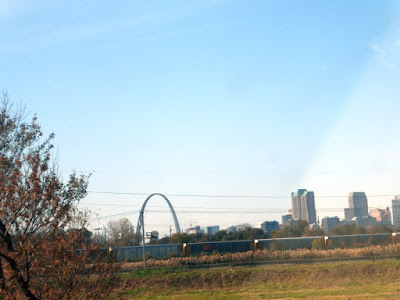 No good pix of the arch, sorry. 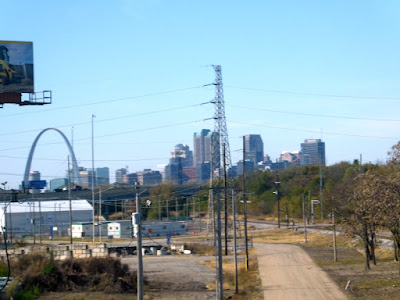 We passed over this impressive bridge... 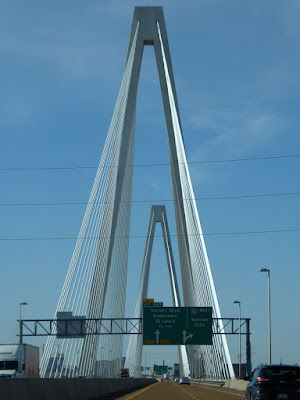 ...and then the highway sliced through pockets of shocking urban decay. 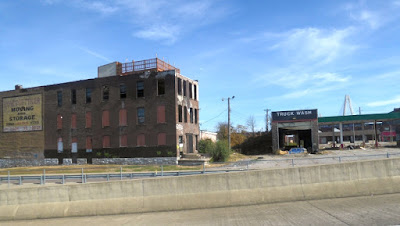 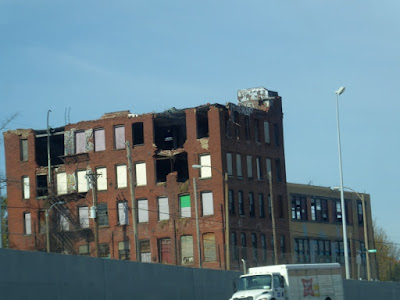 There were also areas of great beauty. 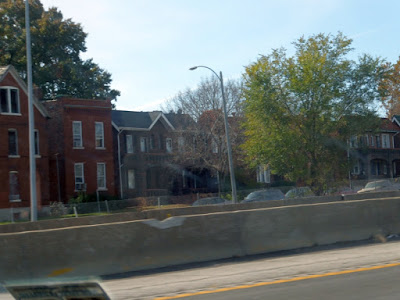 At long last we crossed the Missouri River. 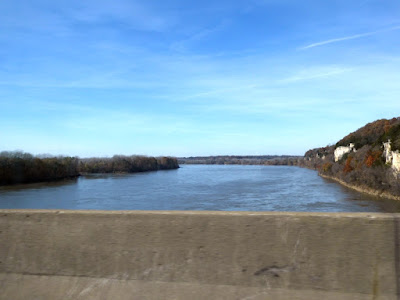 In the afternoon, needing to stretch our legs, we stopped at a ginormous antique mall. 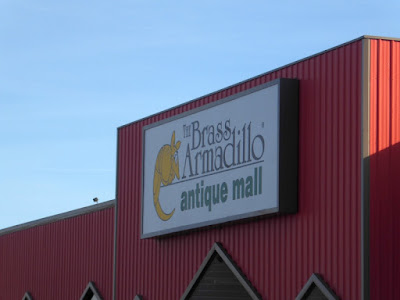 This place had something on the order of a thousand booths... 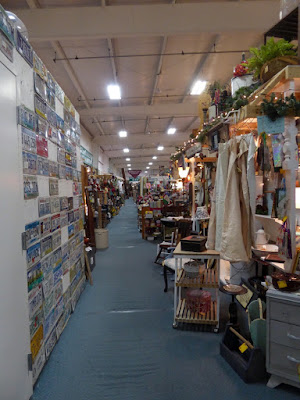 ...with stern instructions for parents. 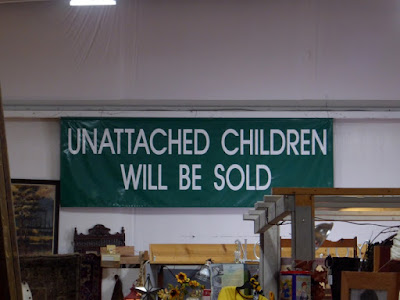 This lamp was so comically ugly that I photographed it. Shortly thereafter, another couple strolled by and pointed out how ugly it was. 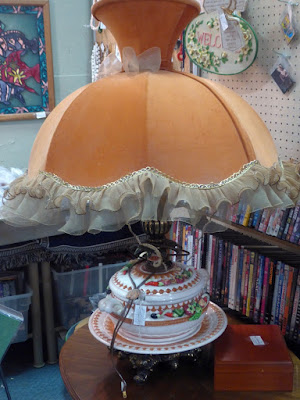 This lamp, on the other hand, brought back fond memories of my grandparent's house. 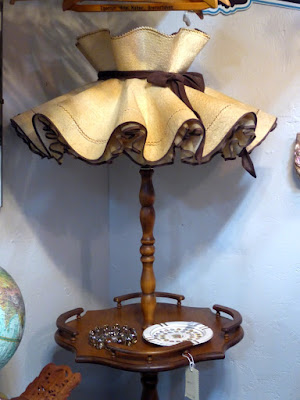 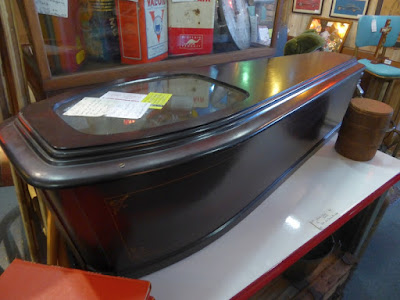 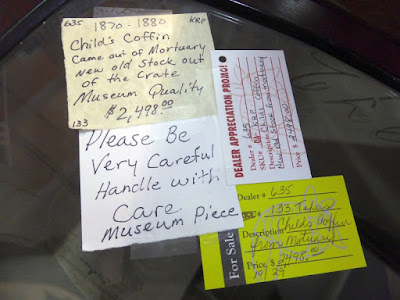 Legs stretched, we folded ourselves back into the car and hit the road once more. We made it into Kansas City, which flung us around on a bewildering archipelago of criss-crossing highways with a bewildering abundance of highway options. Finding 70W among seven or eight other choices while peering straight (and I mean straight) into the setting sun was a lot of fun. 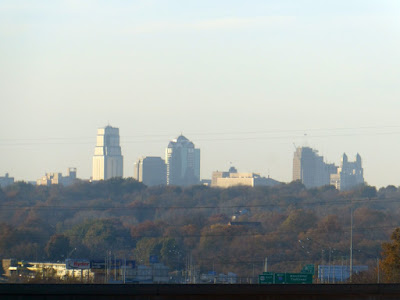 Wanting to avoid the high prices on a Saturday night in Kansas City, we pushed on to Topeka. Older Daughter made a hotel reservation in advance on her smart phone, but when we got to the hotel we found it was booked, despite the reservation. So were numerous others. Many others. We finally found a WAY overpriced room, but at least it's a nice place.

So here we are in Topeka. Move over, John Denver.

[Update: Many thank to those who pointed out my geographical error of putting the St. Louis arch in Kentucky. Oops.]
Posted by Patrice Lewis at 6:35 PM