A couple weeks ago, while walking Mr. Darcy, I noticed a pale blotch on the ground at the base of a telephone pole. 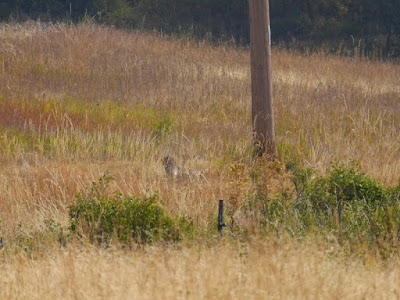 Closer inspection revealed it to be a juvenile great horned owl, dead. 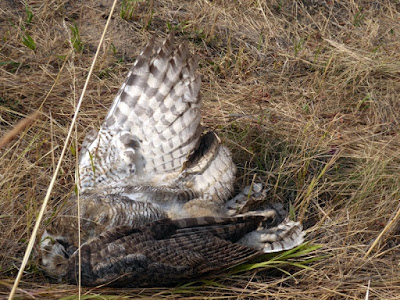 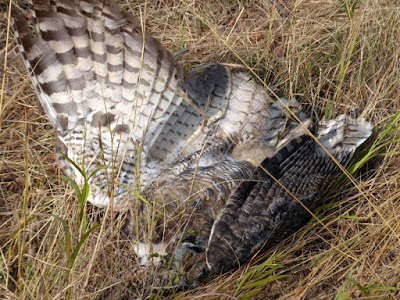 It looked like it had just pitched off the telephone pole and fell to the ground. I suspect it starved to death.

Juvenile great horned owls are quite common around us. 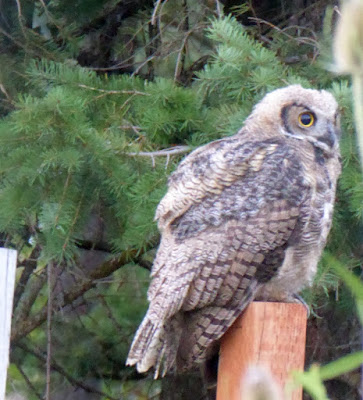 At night we hear their characteristic screech, so different than the majestic hoot of their elders. 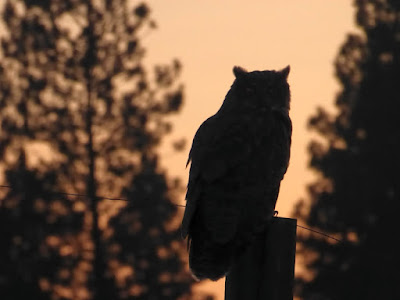 But it's a tough period in a young owl's life. His screeching calls are actually begging calls to be fed. But his parents can't feed him forever -- he has to learn to hunt on his own. And if he fails -- he starves. "During their initial dispersal in fall, juvenile owls have a high mortality rate, frequently more than 50 percent," notes Wikipedia.

That, I suspect, is what happened to the pathetic bundle of feathers on the ground at the base of the telephone pole.

After a few days, the carcass got scattered by other predators, presumably coyotes, though I suspect there wasn't much meat on those bones. 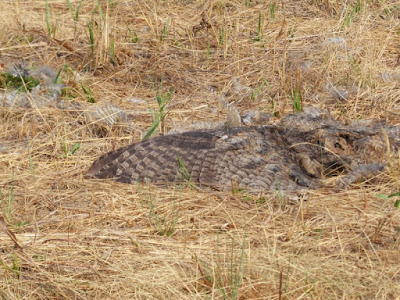 I hear other juvenile owls every night around our house. I hope they make it.
Posted by Patrice Lewis at 9:31 AM