A couple weeks ago I walked out to the garden to pick some onions for dinner. 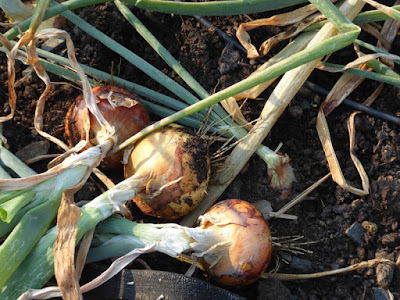 On the way I passed our cow Victoria. We had sold her six-month-old calf a few days before, so she was still in the agitated bellowing stage and was using it as an excuse to hop a low spot in the fence and hang around in the driveway. We kept the driveway gate closed, so there was no where else she could go. (She calmed down shortly thereafter and we repaired the fence.) 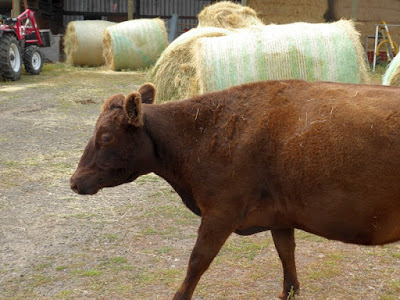 At the time, the driveway was littered with eight round bales of hay we had delivered to supplement our winter supply. We've since moved the bales into the barn. 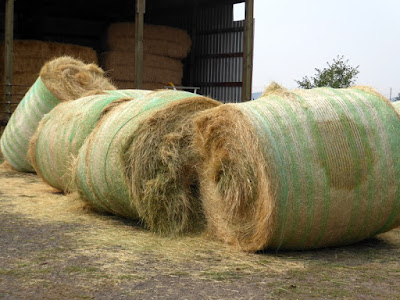 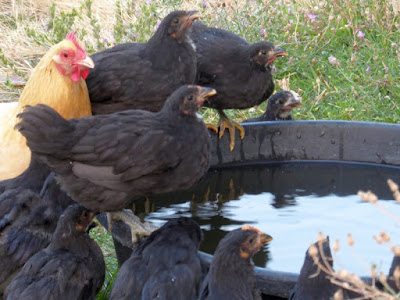 I picked the onions and trimmed the roots and stems, which I dropped in the compost bin before I came back to the house. While I was in the garden, some neighbors dropped by for a visit. "Look at the size of these!" I exclaimed, holding up the onions, which they duly admired.

"And it occurred to me," I added, "how strange it would seem to some people to be passing cows and chickens and hay bales on the way to get onions from the garden for dinner."

She was right. Sometimes I forget we're livin' the dream and it's good to be reminded. 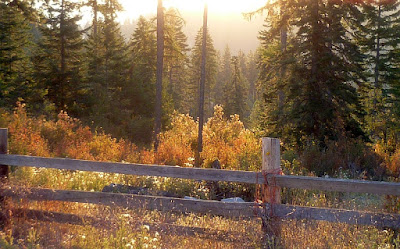 Posted by Patrice Lewis at 9:19 AM