You might remember in late June I mentioned a pair of blackbirds was nesting nearby. 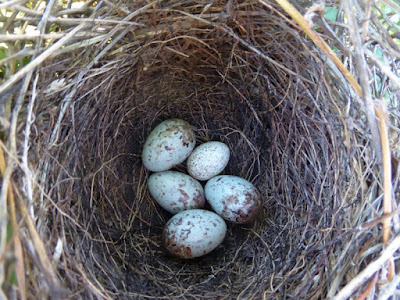 The nest had four eggs, as well as one parasitical egg from a cowbird. (I froze this egg overnight and re-inserted it into the nest, as I learned simply removing the egg might trigger retaliatory measures from the cowbird against the blackbird nest.)

So was the nest successful? Yes it was. (I just forgot to do a follow-up post.)

One June 26, one nestling had hatched. 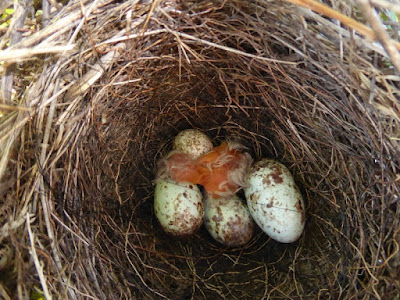 By the next day, all four eggs had hatched. 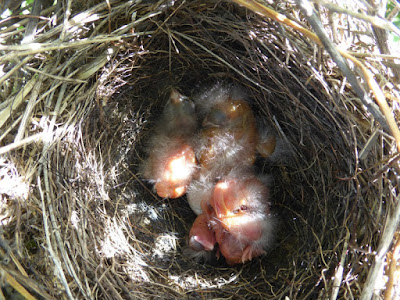 Here are the nestlings on June 30. 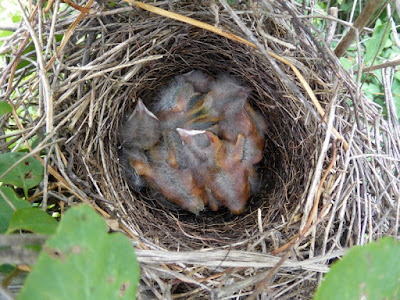 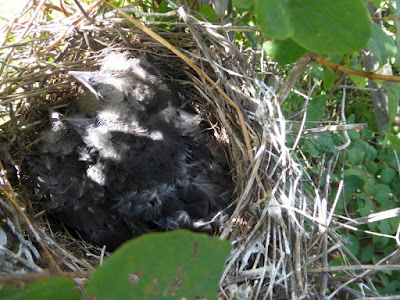 By July 11, the nest was empty, with all the babies gone. 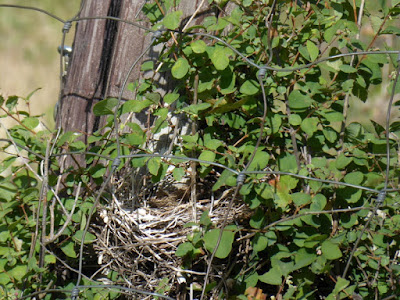 The only thing left was one lonely little cowbird egg -- and a few days later, it too was gone. 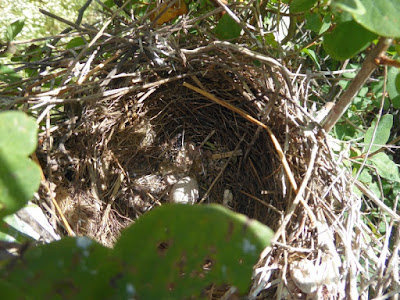 With the rampant predation of baby birds in the wild, it's always nice to see a successful nest.
Posted by Patrice Lewis at 4:52 PM