If you remember, about three weeks ago we had a Jersey Giant hen who stole a nest and hatched out eight chicks. 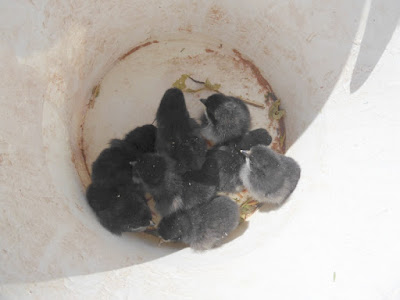 We also had a Buff hen setting on eggs as well. 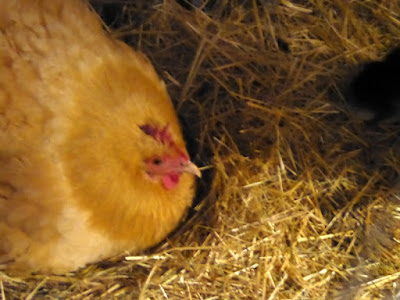 Well, the Buff hatched out five chicks, so combined we have 13 peeping babies.

The funny thing is this: For the first 10 days or so, I kept both hens and all the chicks in an inner pen in the coop, for protection. After that we opened the pen door and let everybody venture out. But by that time, the chicks were making absolutely no distinction between hens regarding who their mama is. Essentially we have co-mother hens.

Sometimes I see the Jersey Giant hen with some of the chicks: 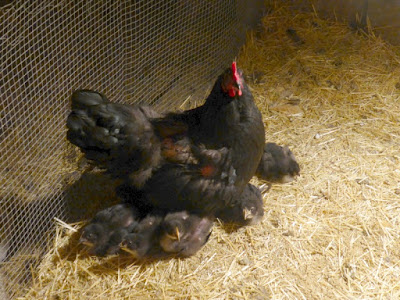 Other times the Buff seems to collect more: 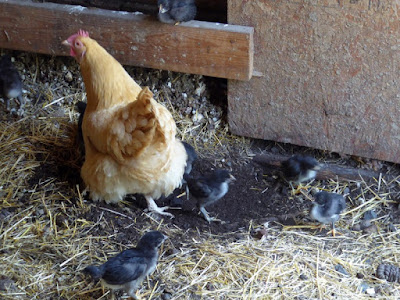 At night the chicks will tuck themselves under whatever hen has room. 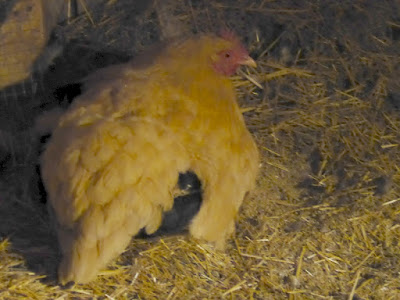 This unusual co-parenting arrangement seems to be working just fine for the chicks. There's always someone to hang with and show them the ropes of searching for food. 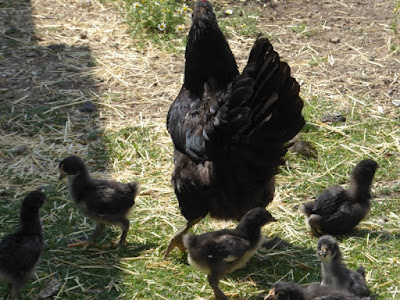 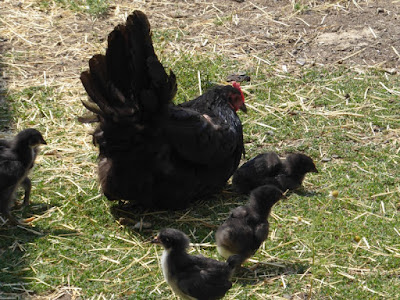 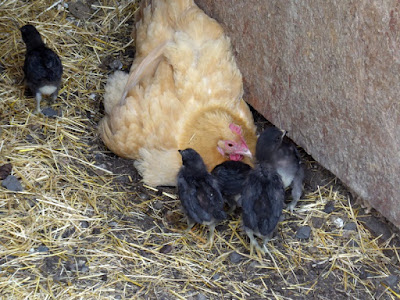 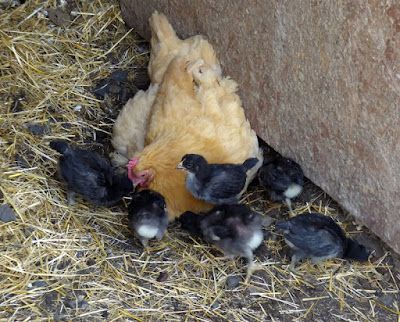 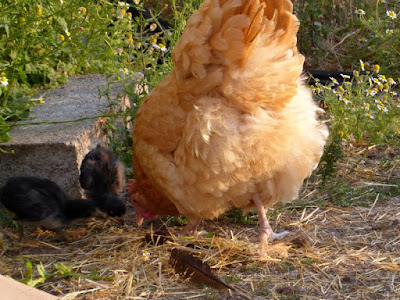 Oddly enough, the Buff mother is dominant over the Jersey Giant mother and likes the chicks to be with her. Notice who has all the babies? 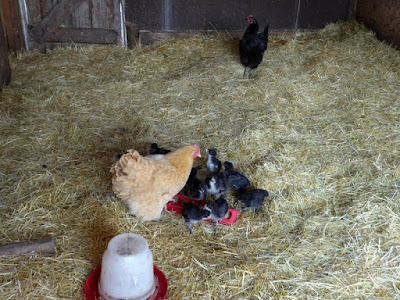 And notice who's standing off by herself, watching her family gather around the other mother? 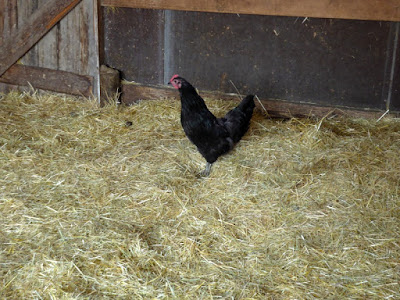 Still, I don't feel too sorry for the Jersey Giant mama. She gets her share. Besides, it's the chicks themselves who make the decision which hen to go to. 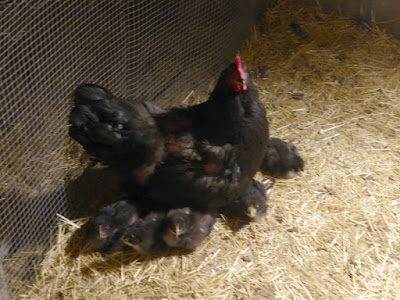 It's amazing how much a batch of chicks -- hatched by a hen rather than an incubator -- makes a barnyard seem more alive and "proper." 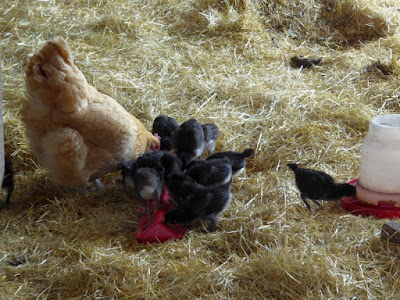 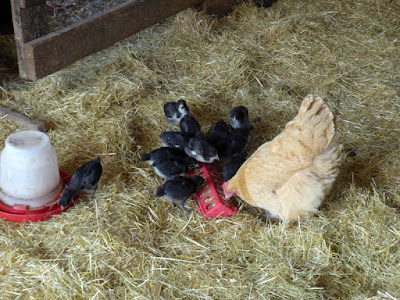 So the babies are thriving as they flow between one mother or the other, and we have two very happy hens co-parenting the chicks. Whatever works, I guess. 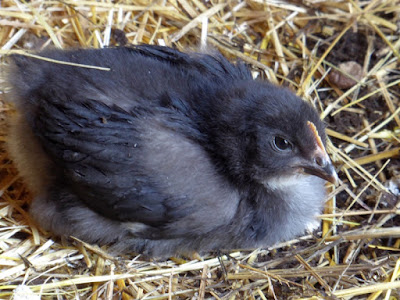