Well, she did it -- Younger Daughter has now graduated from Navy boot camp!

The graduation ceremony was Wednesday, Nov. 22 (the day before Thanksgiving). The link to the ceremony is here, but it won't be active for much longer (maybe a week or so). 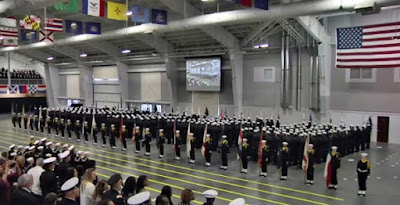 Y.D. was in Division 020, and was placed in such a location as to make finding her virtually impossible from the television screen. Fortunately she was able to tell us in advance about where she was located, so Don downloaded the ceremony and slowed down the video until he was able to pick her out and put a red circle around her. (All the graduates started the ceremony wearing heavy coats and ear muffs since it was 22F outside. They later took them off.) 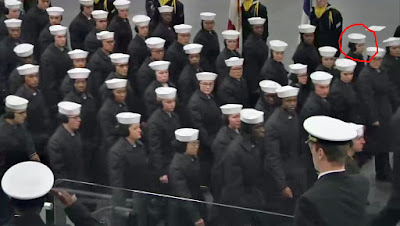 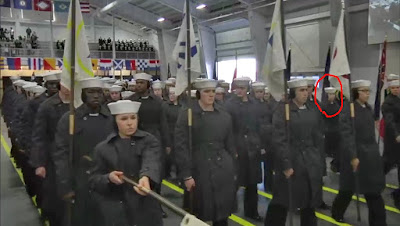 We watched every minute of the ceremony, from the beginning to the end, when the newly minted sailors were given liberty. 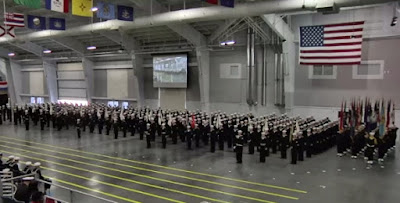 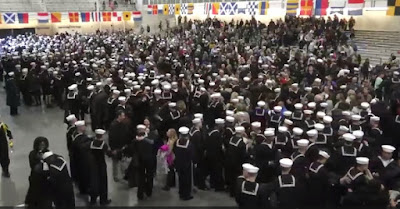 Younger Daughter very much enjoyed boot camp. She liked the discipline and camaraderie, and the challenge of learning the military way of life. In fact now that she's across the street and getting ready for "A" school, she says she misses the military bearing so strictly enforced in boot camp.

While at the moment she's not certain when her classes will start, it looks like she'll be able to come home for Christmas. So will Older Daughter. I doubt we'll have many other times when both our girls will be with us during this holiday, so we'll enjoy the blessing of their company while we can. (sniff) 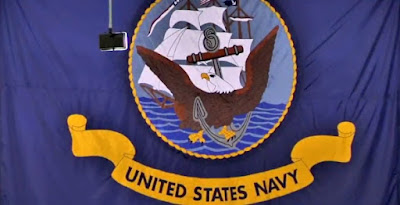