We had a light snowfall in mid-October that lasted just a couple hours, but it snowed lightly yesterday and then all last night. 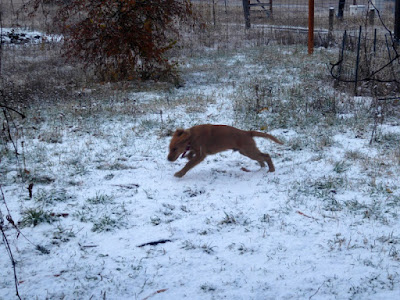 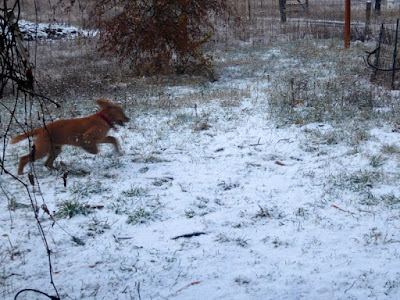 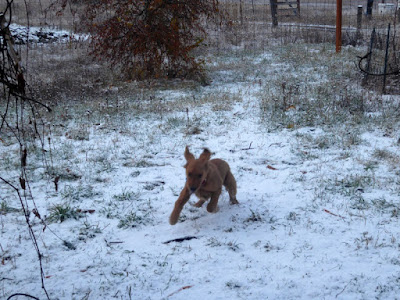 The chickens always look at snow with bemusement. 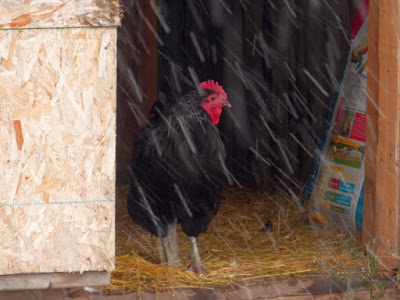 Then this morning we woke up to a snowy wonderland. Just like that -- WHUMP -- winter is here. 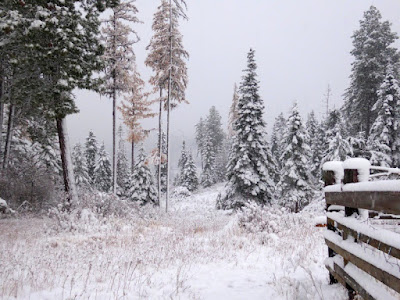 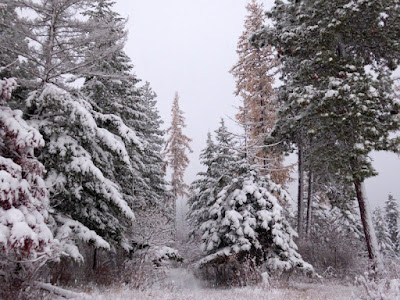 Older Daughter, who is now approaching her third year as a nanny in New Jersey (surrounded by deciduous trees), has come to the conclusion that only coniferous trees do justice to snow. 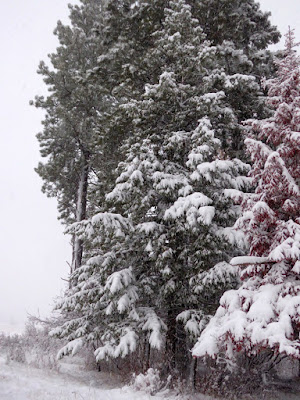 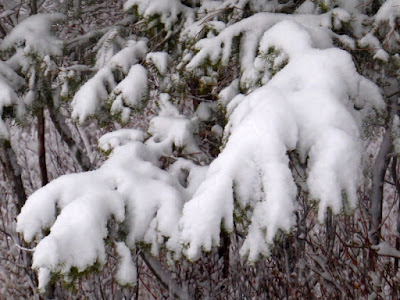 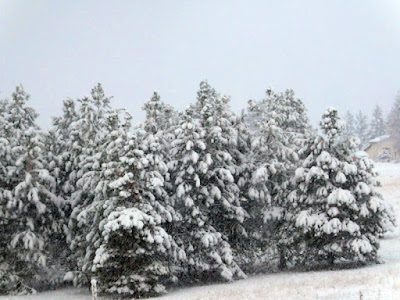 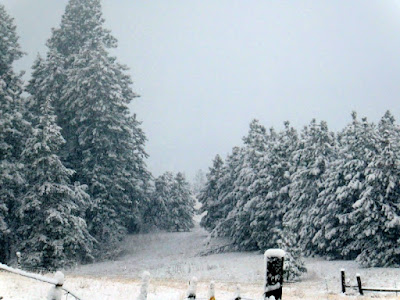 Right now it is just gloriously beautiful outside. 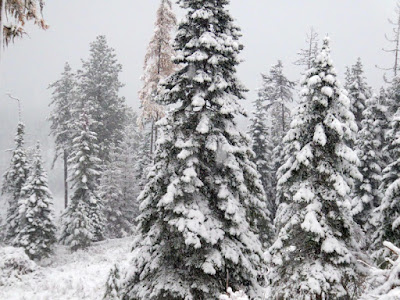 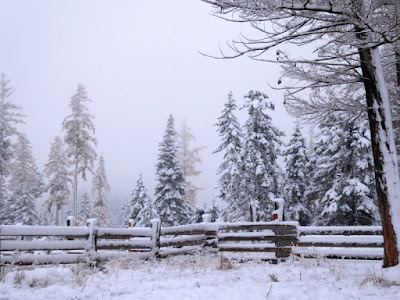 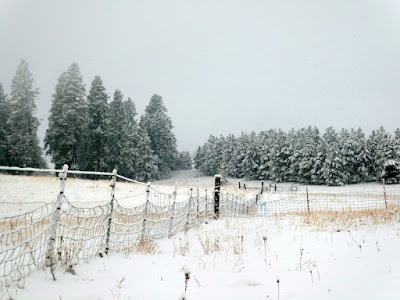 The larches (the yellowish trees in this photo) were caught with their needles on. Larches turn yellow and shed their needs each fall -- it's just about the only autumn color we get around here -- but the snow caught them early. 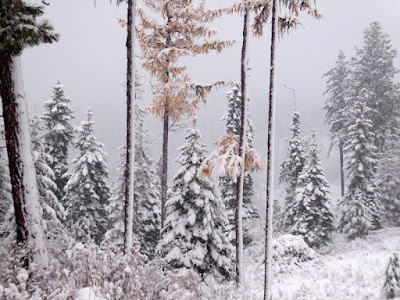 The willows in the backyard were caught still dressed in their fall finery as well. 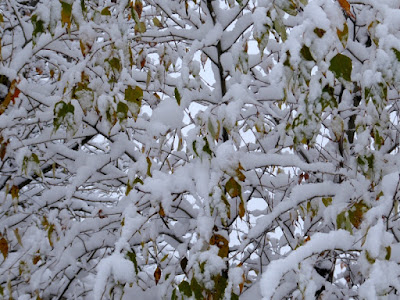 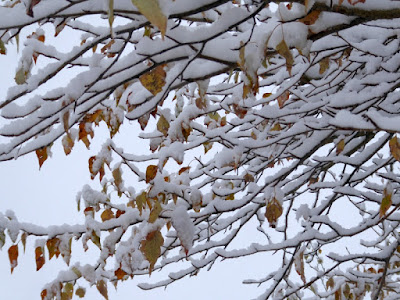 Every object bore its load... 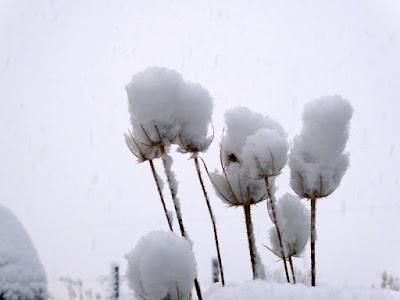 ...including the hoses we had drained, coiled, tied, and stacked on the wheelbarrow to store in the barn. 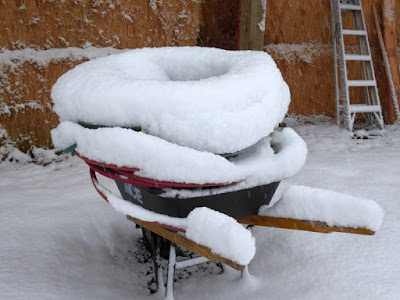 When I slid open the back barn door, you could see how much snow had fallen. 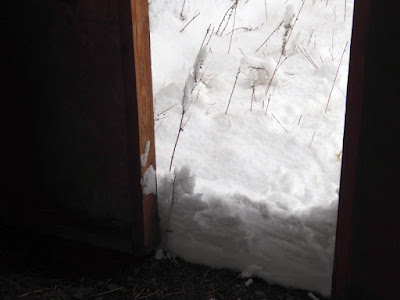 Mr. Darcy, of course, thought all this was largess bestowed by heaven for his own personal amusement. 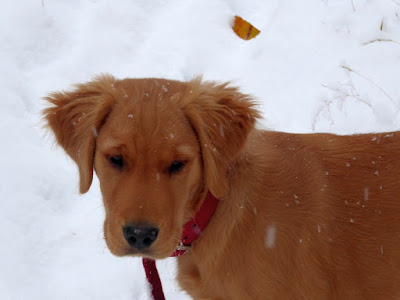 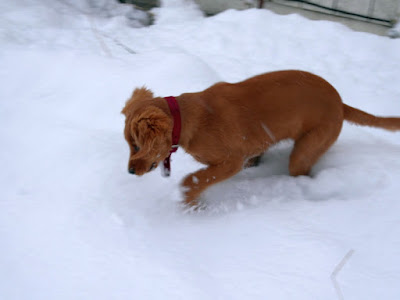 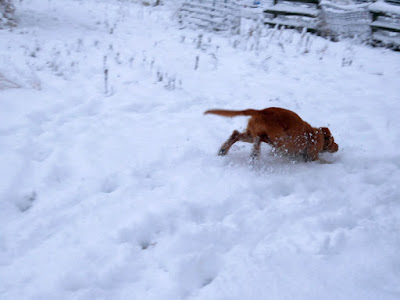 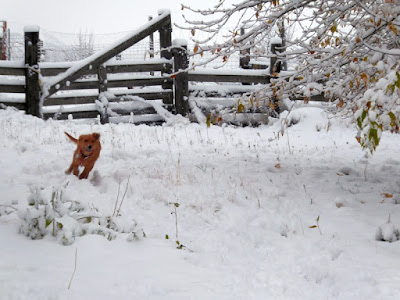 I took a ruler out and stuck it in the snow on the backyard dog house. 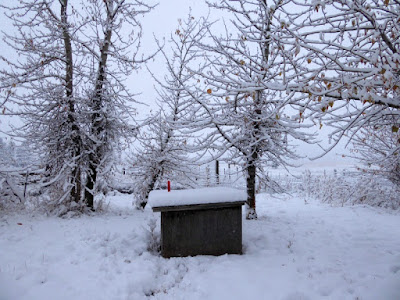 Verdict: Almost six inches as of 8 am this morning. 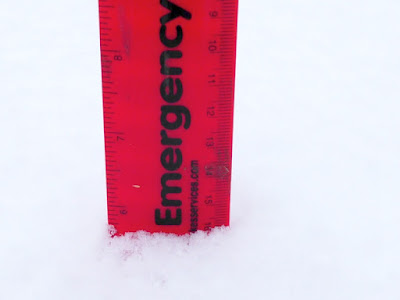 It's supposed to snow all day today, so we'll see how much deeper it gets. 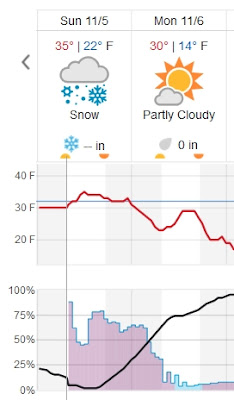