A few weeks ago, an article came out entitled "Some spooky things are happening at serial killer Ted Bundy’s childhood home." 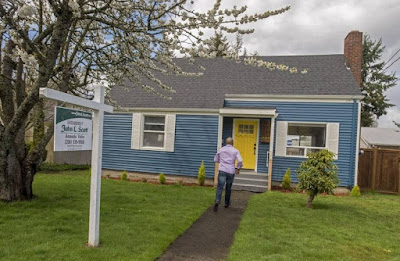 It seems a contractor bought an old fixer-upper house and began renovating it to put it up for sale. But then some spooky, creepy, unexplained things started happening. "I’m not one to believe a lot of this stuff, but this house made me a believer," said Casey Clopton, the contractor, who ended up penciling Bible verses on the walls and bringing in two pastors to bless the house. Clopton didn't know the house's history before purchasing it. His only goal was to renovate and re-sell it. None of Bundy's murders occurred while he was living in the house.

Don and I got to talking about this story recently, wondering how real the "heebie jeebies" really are.

We like to think we're rational, logical people. We both have science backgrounds and neither of us has any patience with the "supernatural." Nonetheless I've had three instances in my life where I got inexplicable heebie-jeebies.

The first time was in college. It was my junior year and I sitting on a couch, studying a science textbook. The chapter was examining the scientific contributions of various and sundry people. I turned the page and freaked.

The page showed a photo of some guy from about the 1880s or so. There was nothing wrong with him -- he just had one of those solemn faces you always see in 19th-century portraits -- but there was something heart-klunkingly creepy about him as he stared out of the page at me. I instantly turned to the previous page so I couldn't see him. Over and over, whenever I looked at that photo, I couldn't stand it and had to cover the scientist's face in order to read the text. I asked my roommate if the photo bothered her, and she said no. At last, since I had to study the chapter, I ended up folding a piece of paper in half and taping it over the photo so I could study in peace.

What freaked me out? I have no stinkin' clue. It was the unexplainable heebie-jeebies.

The second time was shortly before Don and I got married. I was renting a small house in a suburban neighborhood in West Sacramento. Every evening after work, I leashed up my dog and rode my bike around the neighborhood with her -- past a grocery store, up to the library, around some side streets, then back home -- so she could get her exercise.

One evening -- a calm summer evening around 5:30 pm -- I was riding with my dog past a broad vacant lot I'd passed dozens of times before. It was quiet and sunny and completely deserted, just as it had always been. 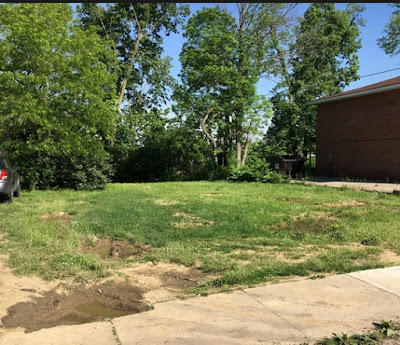 Suddenly I got the chills. I became horribly, irrationally afraid. I looked at the vacant lot and saw nothing, absolutely nothing, to cause concern. Still, I didn’t waste any time. I wheeled the bike around and urged my dog to a run to get out of there. I stopped a few hundred yards away to let her catch her breath.

I have no idea what caused that fear. I saw no one. I didn’t hear or smell anything. I even kept an eye on the news for the next few days but saw nothing related to that particular spot. The only thing I had to go on was instinct, pure gut. And my gut said run.

The third time happened in about 1996. Don and I were living in southwest Oregon. Older Daughter was a baby. I was working seasonally as a field biologist surveying owls for the BLM, which meant I worked from about 7 pm until around 3 am. The usual procedure on this job was to stop at "stations" about a quarter-mile apart and voice-call ("hoot") owls and listen for responses.

Most of my time was spent driving on dirt roads through towering forests or hiking around some very remote mountainous areas. I had many adventures, but was never afraid -- except once.

It was a quiet summer night and I pulled the rig (truck) to a halt at a juncture of two dirt roads, which made a broad clearing surrounded by forests. I stepped out of the truck to "hoot" (voice-call owls) and listen for any responses. 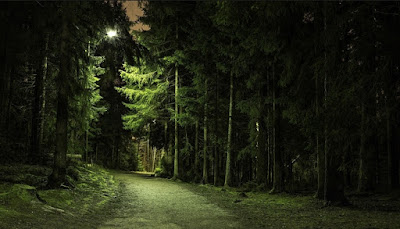 Suddenly I was terrified. I heard nothing, saw nothing, smelled nothing -- but I dove for the cab of the truck, rolled up the windows, and locked the doors. I probably looked like a fool, out there miles from anywhere, huddled in the driver's seat ... but I wasn't getting out of that truck for anything.

As before, there was no rational reason for my fear, nor did anything happen.

So why did I freak? Why did I lock myself in the truck? Well, I figure humans have cultivated an amazing ability to disregard sixth-sense warnings. We still have instincts we're often too “civilized” to heed. But instinct is there for a reason, and that reason might be very important.

Of course, why an old photograph in a textbook should trigger such an instinct is anyone's guess. It's not like it could do me any harm.

But heebie-jeebies are weird that way.

Posted by Patrice Lewis at 4:18 AM