I have a fondness for Zatarain's Dirty Rice. 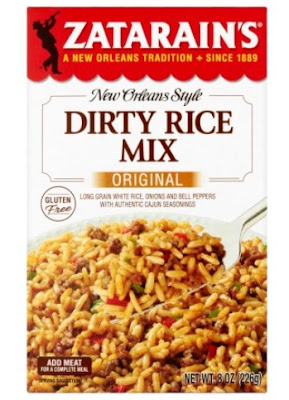 The boxed version is easy to make. Brown a pound of ground beef or ground pork, add the dirty rice mix, add 2.5 cups of water, cover, and simmer until done.

It's so easy, in fact, that I knew I had no excuse to buy the boxed stuff, and should look for my own recipe instead.

Recipes for dirty rice abound on the internet, some of which had ingredients I didn't care for (notably chicken livers), so after a bit of poking around I cobbled together my own version as follows:

I had dehydrated garlic and dehydrated red bell peppers from last year's garden, but fresh versions can be substituted. I also had crushed cayenne peppers from the garden. We have pork in the freezer after we swapped beef for pork with some neighbors. I used chicken stock I canned up from a chicken carcass following a meal last year. 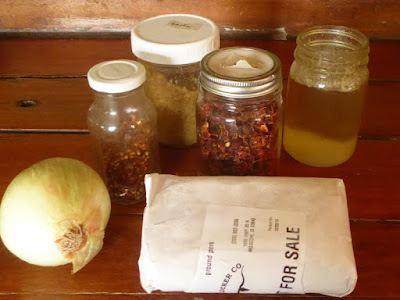 I started by soaking the dehydrated red bell pepper and garlic in the chicken broth (which I eventually supplemented with water to make 2.5 cups). 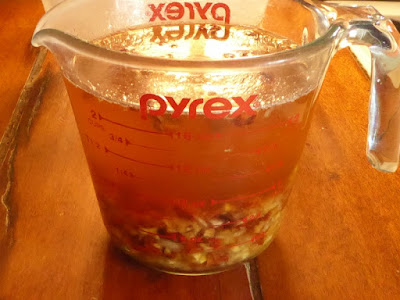 While the pork and onions were browning, I mixed rice with the rest of the spices... 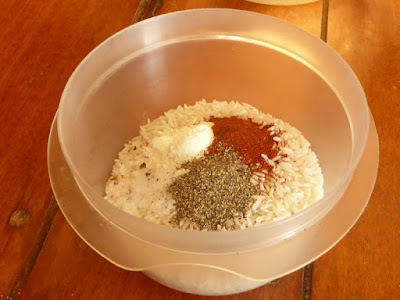 ...then added it to the browned pork. 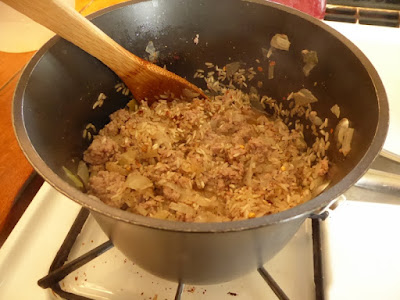 Pouring in the chicken stock with rehydrated veggies. 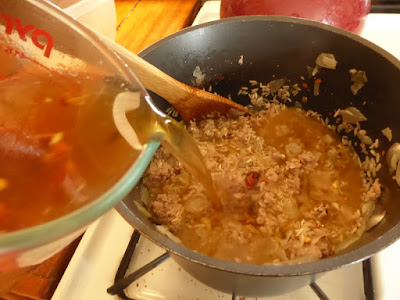 Next step, bring it to a boil, cover, let it simmer. 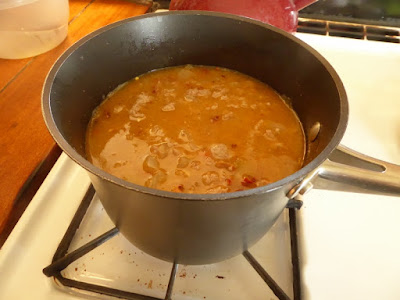 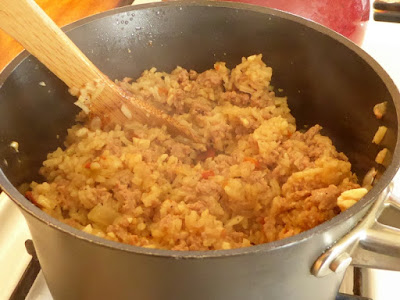 I always like to add a shake of Montreal steak seasoning, even to the boxed version. 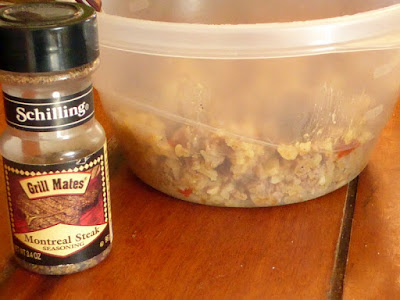 This was a simple recipe, but I'm absurdly pleased to be able to eliminate another boxed item in favor of a homemade version. Ah, the little things in life.
Posted by Patrice Lewis at 6:17 AM