Excuse me while I RANT

I mean, I really hate sewing. I loathe, despite, detest, and abhor it from the deepest pits of my being. I don’t believe there are adequate vocabulary words in the English language to express how I truly feel about it.

I’ve hated sewing since I was a child. My saintly mother, who sews magnificently, could never understand why I didn’t share her delight in creating beautiful garments from virtually nothing. Despite all her patient efforts and skillful mentoring, the mere act of putting needle to thread still fills me with hateful frustration and dripping venom.

A dear friend is a master of the needle arts. She can crochet, knit, sew, tat, embroider, and otherwise conjure up endless astounding creations with the magic of her fingers. It’s a joy and a treat to watch her at work, but you won’t catch me dead trying to emulate her.

My parents gave me a Singer sewing machine sometime in the mid-1980s as a Christmas gift. It’s been a faithful machine all these years, and I've used it a lot (yes, really; there are times I do need to sew), but it kept breaking down and it got to the point where repairs were more expensive than the cost of a new machine.

Younger Daughter (who doesn’t share my hatred of the needle) needed a machine for her own projects, so after years of procrastination, I purchased a Singer 2259, billed as geared for “beginning” sewers. I was pleased to find it was far more affordable than anticipated.

But Younger Daughter had been the one using it. Me? I avoided it like the plague. However, faced with the desire to hem the new curtains I recently hung across the pantry, it was time to figure the thing out. I flirted with just hemming the curtains by hand, but knew that was a cop-out. I had to face the new machine. 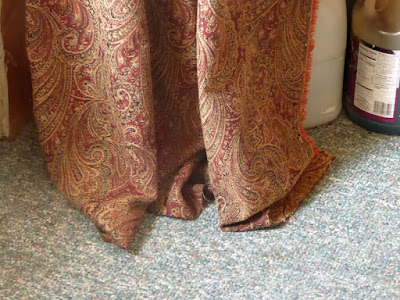 Ug. Right away I started feeling the old familiar sheer loathing I always associate with sewing.

First I needed to wind the bobbin. I’d misplaced the user’s manual, so I found one online. 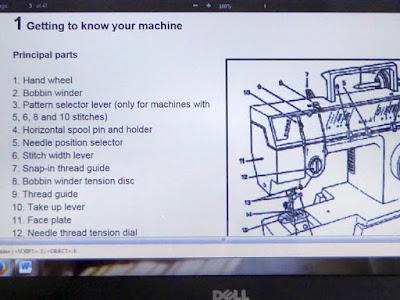 But figuring out how to do the simplest thing on this new machine had me wanting to pull out my hair in frustration. I could literally feel a weight like a band around my chest, of loathing for all things connected to the needle arts. Arrrggghhh, how can anyone do this for pleasure? 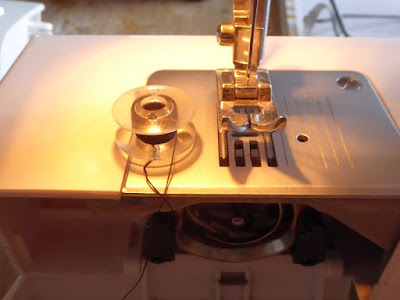 I watched a YouTube tutorial on getting started with this machine. 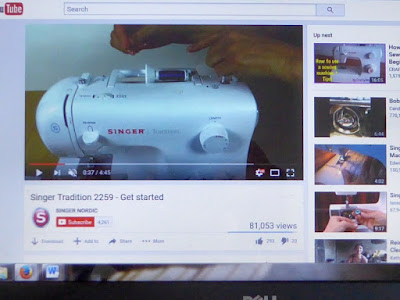 But I was having trouble keeping the spool on the spool pin and dealing with the spool cap and trying to get the bobbin in the holder (which, let the record show, bears no resemblance to the instruction manual) and keeping the thread from tangling and … and … and … 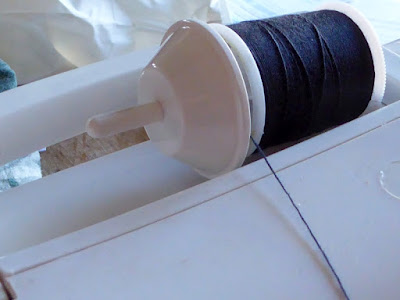 For heaven's sake, this machine is for beginners! It's supposed to be simple! What on earth is wrong with me?

I fiddled and fussed and snapped threads and did things wrong and grew more and more angry with myself. “There’s a blog post in here somewhere,” I told Don through gritted teeth. (He had wisely retreated to another room during my moments of blasphemy.)

After endless delays and setbacks – admittedly, most of them mental – I got the two seams sewn. 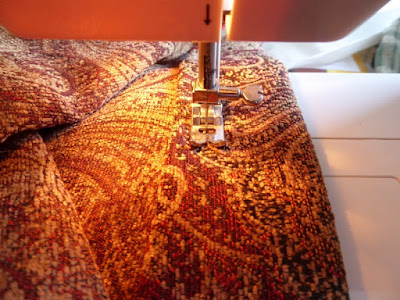 Then I hung the curtains, gave my face a good scrub (which works to scrub my brain as well), and felt much better. 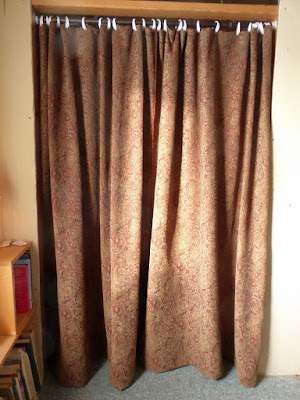 My mother can sew a pair of slacks or a skirt in less than an hour. It took me two hours of fussing to sew two straight seams. I – HATE – sewing. I passionately admire those who are skilled seamstresses, but you'll never find me among their ranks.