When Don and I first decided to start a family, we were full of trepidation. It wasn't just the usual "Oh wow, this is a huge step" type of trepidation; it was compounded by the fact that at the time we were a penniless young couple surviving on a startup craft business, and our income (to put it charitably) was wildly uncertain.

These concerns were additionally multiplied by the horrific articles we'd see every so often about the high cost of raising children. "Warning! Danger! Horror! It costs [insert insane and completely unrealistic sum here] to raise a child to age 18!!!!!" 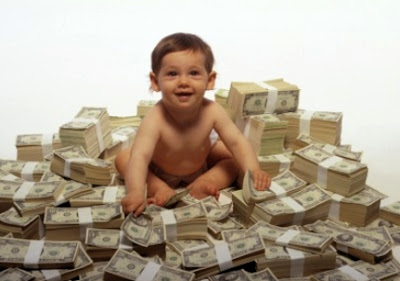 So, panicked and discouraged at these fiscal considerations, we waited five years before we gave any serious thought to having kids. But we wanted children. Then a friend gave us some sage advice: If we waited until we could afford to have kids, we'd never have kids.

Since we were already students of extreme thrift (we didn't have much of a choice, really), we decided to take the plunge. We vowed our baby would never suffer from any supposed lack of income. It was about this time I also realized something: much of the "high cost" of raising children reported in these scary articles didn't correlate in the slightest with how we wanted to raise children. 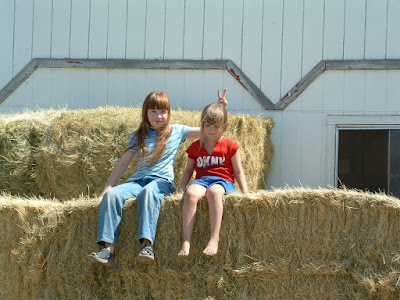 We learned that, aside from the usual considerations for children (some necessary furniture and a bit more room), most of these "high costs" are unnecessary and extraneous. In fact, the biggest "cost" associated with this figure is housing, in which parents presumably move to a bigger house in a "better" neighborhood with "better" schools to give their little darlings the "better" advantages. 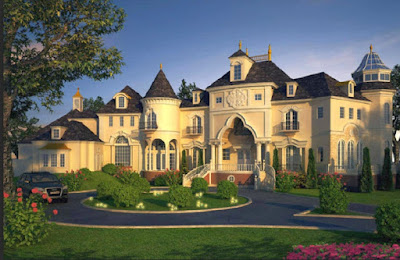 But we took a different tact. We stayed in our tiny house in Oregon (850 square feet) and remodeled a large closet into a small bedroom. We did without all the usual stuff babies supposedly need -- changing table, walkers, even a stroller (we lived rural and a stroller was useless). Anything we did need (crib, high chair) was purchased second-hand (the exception being car seats). We homeschooled, so we didn't have to worry about the quality of the local school system (which, as it turned out, was a huge blessing when we moved to Idaho).

In short, articles like this, published January 9, are -- ahem -- full of baloney: "Raising a child is as expensive as buying a FERRARI! Costs to raise offspring from birth to adulthood spiral to $233,000."

The areas factored into this figure are "housing, food, transportation, health care, education, clothing and other miscellaneous expenses."

The article does admit it costs "a bit less" to raise children in rural areas (they said Idaho is one of the cheapest states) and "a bit more" in urban areas. Since "up to a third of the total cost is housing, accounting for 26 to 33 per cent of the total expense of raising a child," this figure essentially includes rent or mortgage: "USDA comes up with those numbers by calculating the average cost of an additional bedroom -- an approach the department says is probably conservative, because it doesn't account for those families who pay more to live in communities that have better schools or other amenities for children."

But for heaven's sake, they put the cost at $12,680 when the child is between 0 and 2...!!!!! I can tell you one thing for certain, Don and I spent nowhere near that amount when our kids were toddlers!! At the time our budget was so tight, spending that much would have sucked down a vast percentage of our income.

Articles like this are, I believe, unrealistic and misleading. They are also wildly discouraging to young couples or new parents.

So here's what I'd like to do: To all you dear readers with children in urban areas, what do you do to raise your children frugally? What are your fiscal tips for NOT spending exorbitant amounts of money while still raising your children to be decent, respectful, wonderful people? I'm not saying rural parents can't chime in either, but urban parents are the ones needing the most encouragement in the wake of these figures. 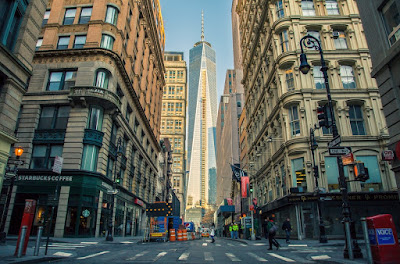 So, fire away. Give us your best -- and cheapest -- childraising advice.
Posted by Patrice Lewis at 7:28 AM