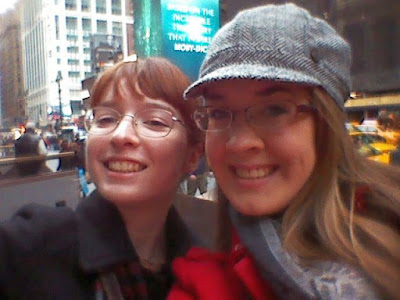 Older Daughter's difficulties in being so far away from home are greatly eased by the closeness of GG. They're only a couple hours apart by train. These two girls have practically grown up together and their friendship is a treasured thing.

Incidentally Older Daughter said people could tell in a moment they were not "native" to New York City. I blame their country clothes and country manners -- and believe me, that's not a criticism!
Posted by Patrice Lewis at 10:52 AM