During last summer's long hot days, we often longed for snow and looked forward to the first snow fall. Today we got it.

Yesterday Don split a good-sized stack of firewood, which he and Younger Daughter stacked on the porch. 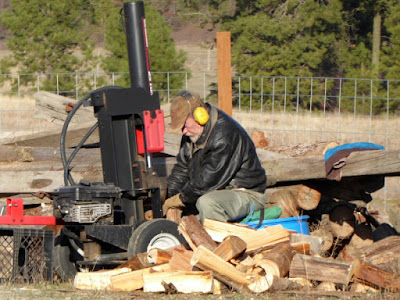 A flock of quail took over the driveway. 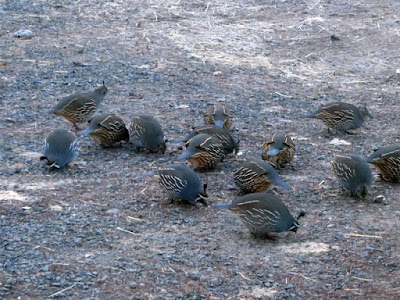 Today it's snowed lightly since before dawn. Not much by way of accumulation, but very pretty. 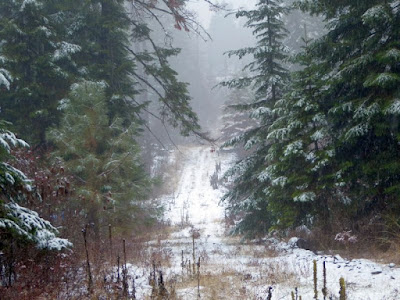 I kept the camera handy when I let the chickens out of the coop early this morning. This is because it's always funny to watch the birdies with their first snowfall. Most of our flock was born in June so they've never seen the white stuff. 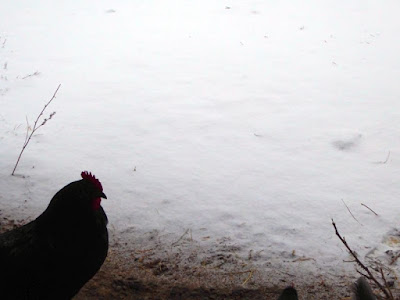 The treated the snow with the deepest of suspicion and refused to venture forth. 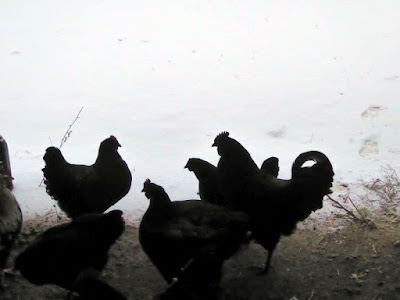 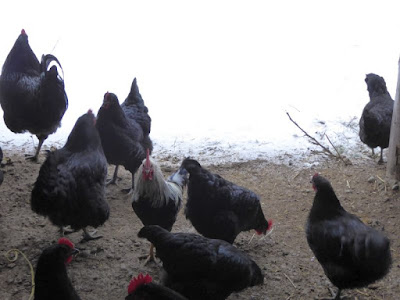 An hour later, one or two brave ones tiptoed outside... 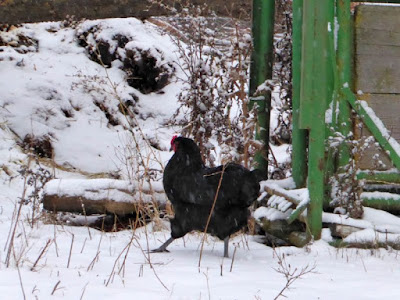 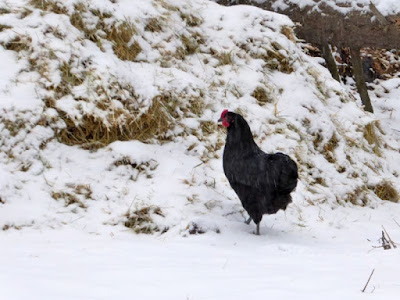 ...but most stayed huddled under their coop awning, bewildered by what all this white stuff was. 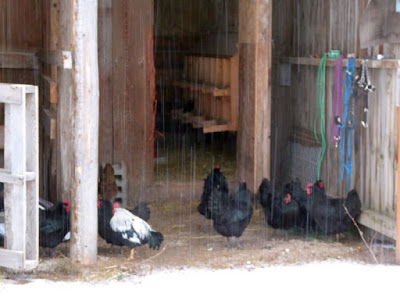 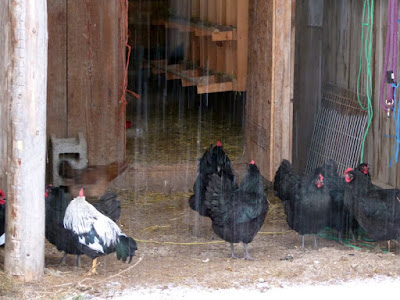 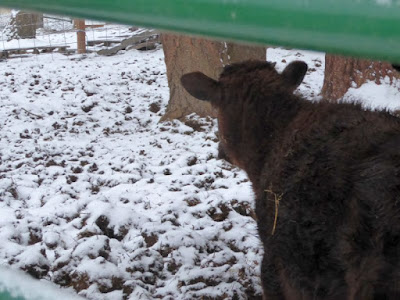 Patient Matilda, upon being released from the barn, simply stood and looked. Another winter, she's doubtless thinking. 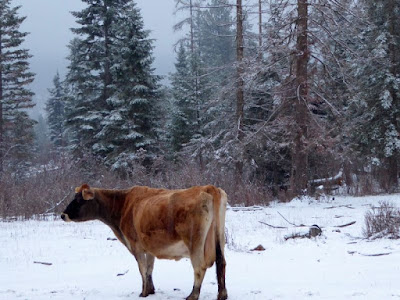 A small flock of turkeys minced by. Be careful, guys. Thanksgiving is near. 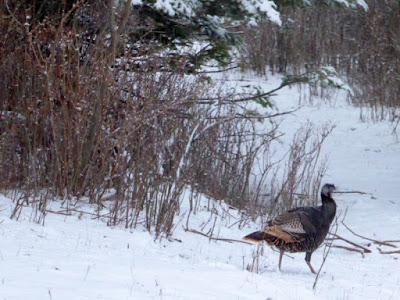 The quail we saw yesterday left a maze of dainty complex tracks. 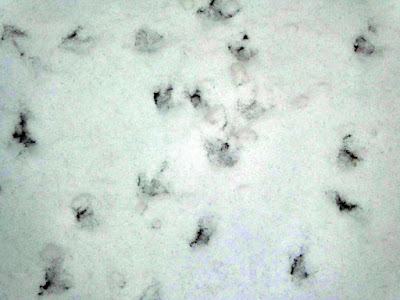 Younger Daughter decided to go walking, with tea. Tea and snow. No finer combination, she concluded. 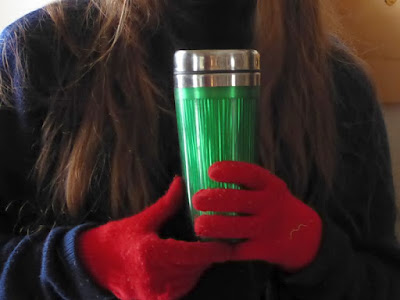 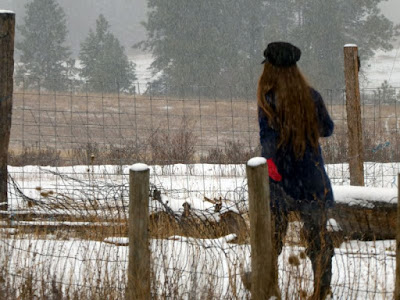 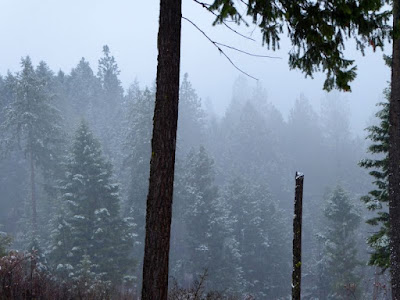 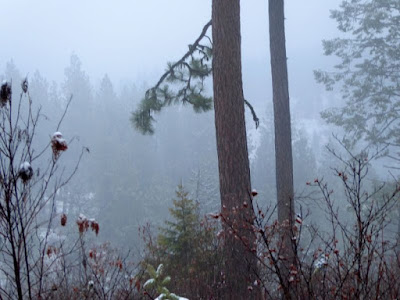 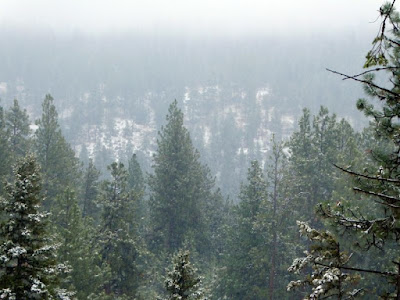 You can see just the very tip of our house. 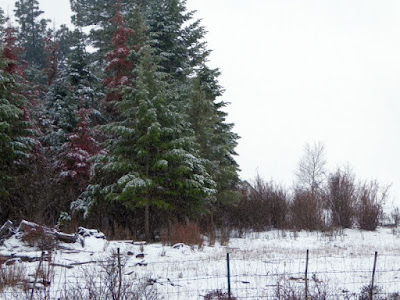 Tea. Yes, a cup of tea sounds like a dandy idea for the first snowfall of the season.
Posted by Patrice Lewis at 12:51 PM