It's been a day of insane wind. 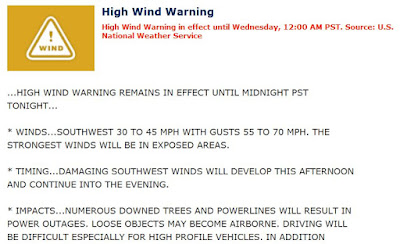 We knew this wind was coming yesterday, so we tried to get all water-related things done (when we lose power, we lose water since our well pump is electric). All day long the wind gained in strength until it was positively shrieking and shaking the house.

Early this morning I caught up on all the laundry. 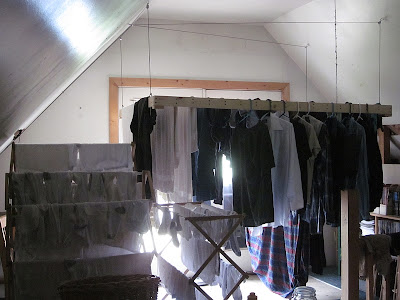 After daylight, I made sure to clean and stock Polly's and Matilda's pens with food and water. Moving hay across the yard during wind would have virtually impossible later in the day. 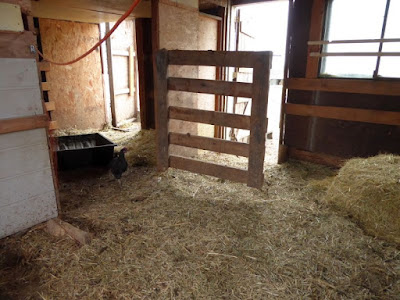 Don made sure a few days' worth of split firewood was stacked on the porch. 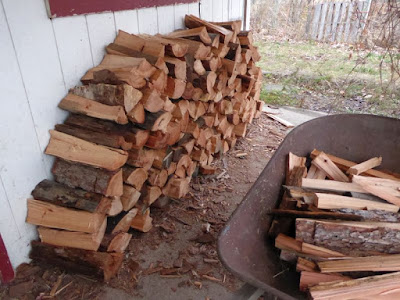 We went out several times throughout the day to make sure the stock tanks stayed brim-full. 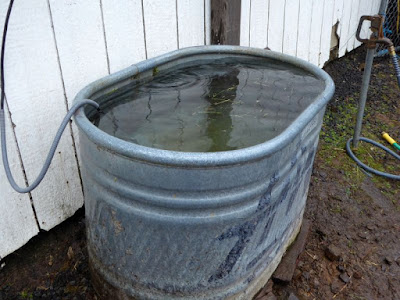 You can see the wind blowing the water sideways as I filled this tub. 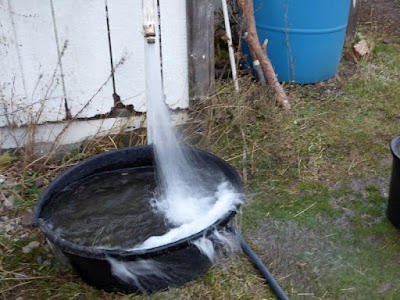 The chickens prudently stayed in whatever shelter they could find. The wind was so strong it literally tipped a couple of chickens over and sent them rolling while outside. 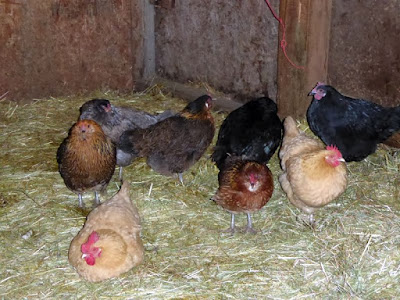 In the process of installing a window at the far end of the new barn annex, Don temporarily put up some OSB to keep the wind from shrieking through the barn (this end of the annex faces into the prevailing wind). 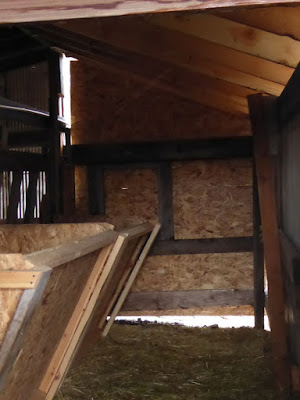 Let me tell you, this made things much snugger in the barn. 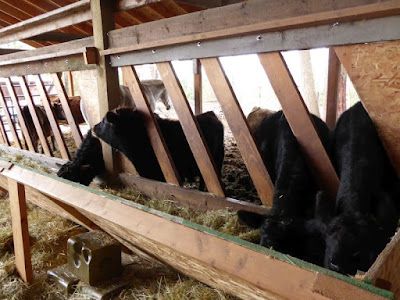 Concerned that the high profile of the bee hive might cause the wind to tip it over, Don and I strapped it down. 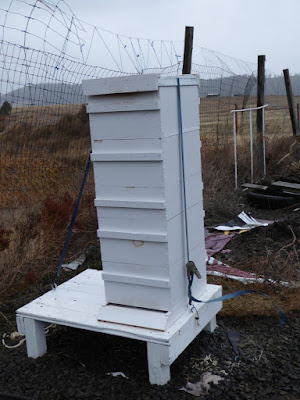 If it looks like the end of the strap is blurry, that's because it was whipping in the wind. 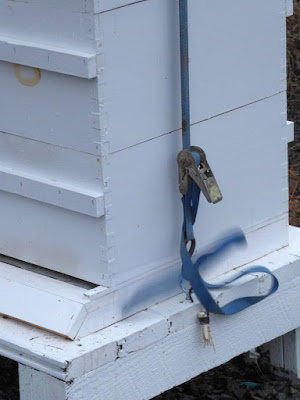 I filled up two pitchers of water for immediate kitchen use in case we lost power. We have about fifty gallons of stored water in the house, but it's always nice to have fresh. 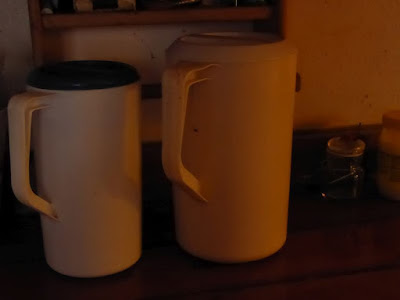 We have an old refrigerator we haven't yet recycled by the old barn. Unsurprisingly, it got blown over... 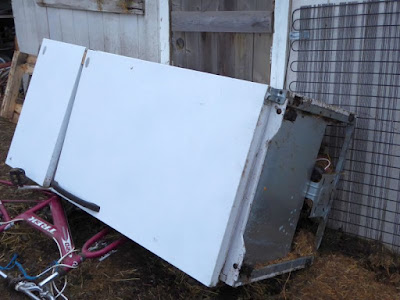 ...and sheared the door handle off the barn door. 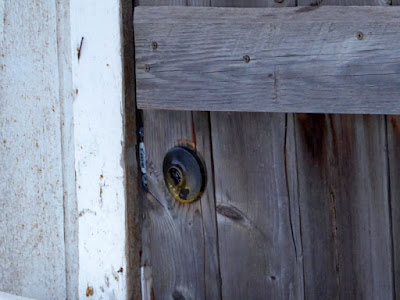 Late in the afternoon, just near dusk, a smaller dead tree went crashing over the compost pile. 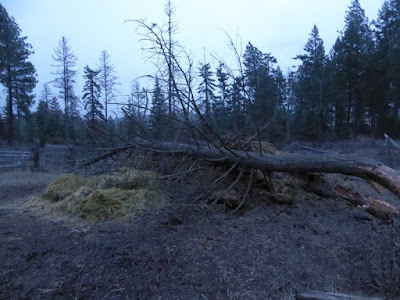 Fortunately no chickens were caught underneath (they were all cowering in their coop by this point), but it did freak out a couple of cows who were nearby. 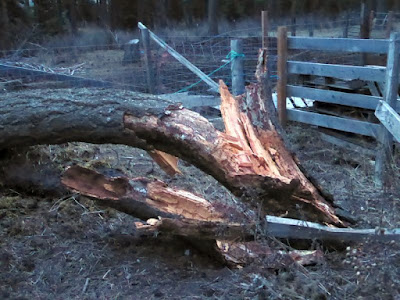 The lights have been flickering all day but amazingly the power has stayed on. We have an oil lamp lit just in case (and others on standby), but so far so good. 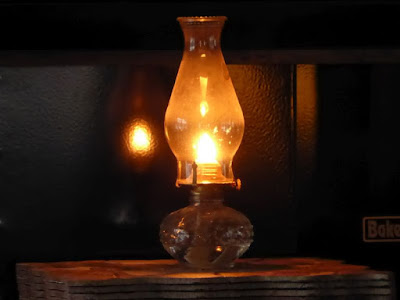 The wind is supposed to die down around midnight, and tomorrow is forecast to be calm. Such are the vagaries of weather -- all we can do is roll with the punches.

UPDATE: The power went out at 6 pm. The Spokane news is telling people to "shelter in place." What a storm! 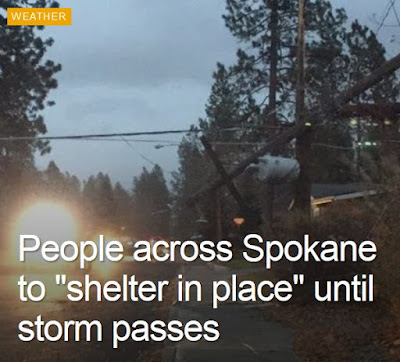 I'm going to shut my laptop down to save battery power. Good thing we spent the day prepping for this!
Posted by Patrice Lewis at 5:20 PM