I heard a thump the other day, and almost the same instant saw a tiny bird bounce off our front door window. I went over and fully expected to see a dead bird on the porch.

But he wasn't dead. 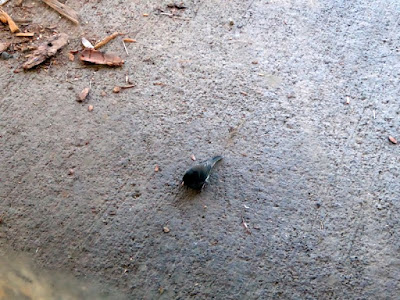 For the longest time, he just sat there on the concrete, rocking the tiniest bit. I could almost feel his pain. It hurt just to watch that pathetic tiny little rocking motion. 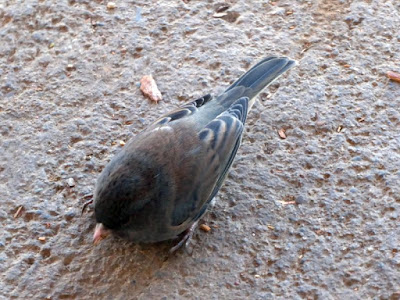 Since this is the door our dog Lydia uses to go into the yard, I locked it so no one would accidentally let her out. But after an hour, when the bird still hadn't moved, I decided to move him into a box lined with a towel and put him in another location so he could recuperate in peace.

But when I unlocked the door, it looked up at me with a bright eye. 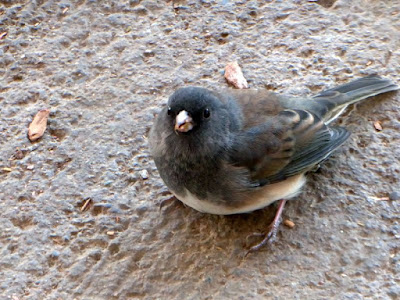 When I opened the door, he flew away. A little unsteadily, it's true, but at least he was airborne.

I've seen birds kill themselves after smacking into glass, so despite the massive headache this little guy must have had, I'm glad he made it.
Posted by Patrice Lewis at 5:33 PM

Email ThisBlogThis!Share to TwitterShare to FacebookShare to Pinterest
Labels: birds