If I've been rather quiet on the blog lately, it's because I've been up to my elbows in peaches. 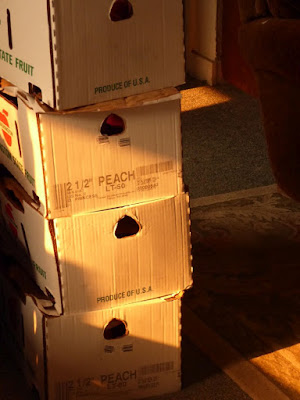 A week or two ago, I called a friend who has a family member who makes an annual run to Yakima for peaches for their church. It's not unusual for these folks to bring back hundreds of twenty-pound boxes at the extraordinary price of $16/box. I asked if I could put in an order for four boxes (80 lbs.).

To my surprise, my friend called on Monday and said the peaches were in. That was quick! 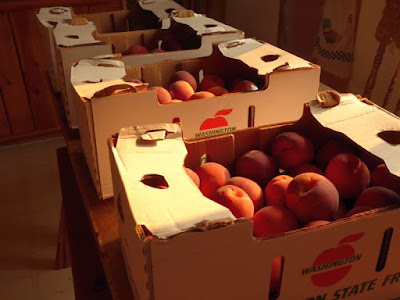 Peaches are my flat-out, hands-down, out-of-the-ballpark favorite fruit by an order of magnitude even over strawberries. They are things of great and artistic beauty. 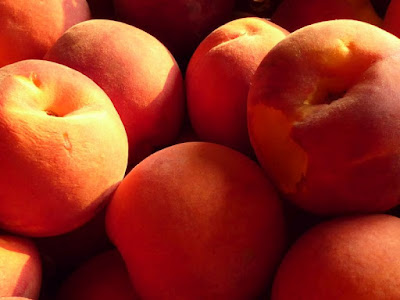 But even things of great and artistic beauty must be preserved before they go bad. Yesterday the peaches had ripened to their optimal sweetness, and it was time to buckle down and can them.

Older Daughter, of course, is at school in Ohio, and Younger Daughter was at a book convention, so it was up to me to get these babies in jars.

So I set up a sort of production line. The pot on the stove is for dipping peaches in near (but not quite) boiling water to slip the skins; the white bowl is for cooling the peaches once they've been dipped. Cooling peaches. I worked in batches of ten at a time. 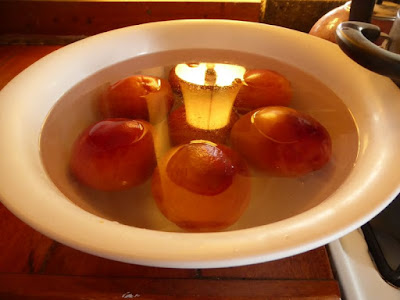 Peaches with the skins slipped off. 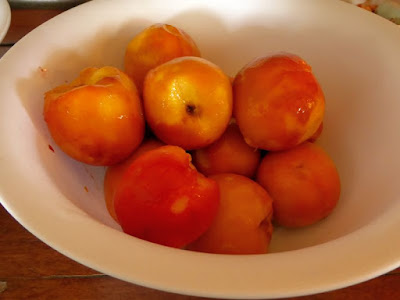 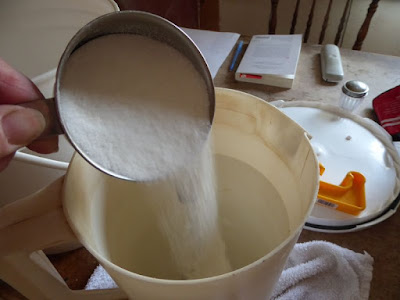 Once a batch of fruit was peeled, I sliced and filled jars... 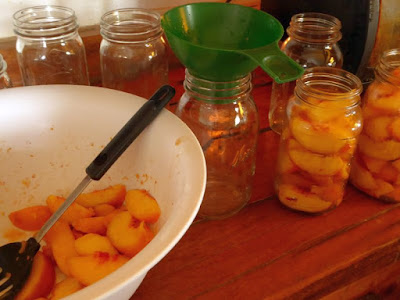 ...then filled the jar with syrup and put it aside. 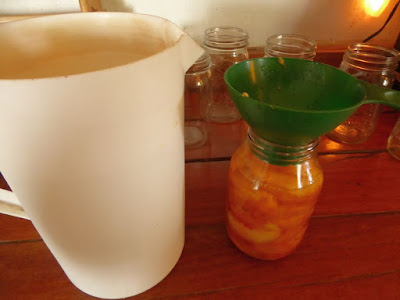 I turned the last few batches into purée since there's nothing finer for flavoring ice cream or yogurt. 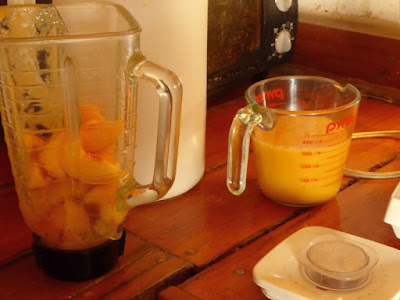 I ended with four and a half quarts of purée, which I froze. 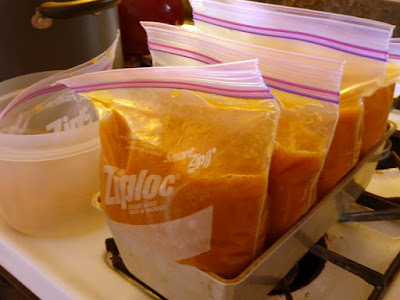 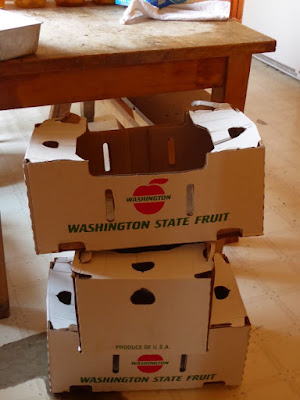 I left the fourth box half-full for fresh eating. 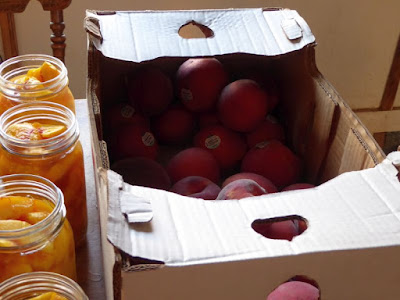 Besides the purée, I ended up with 29 quarts of sliced peaches. 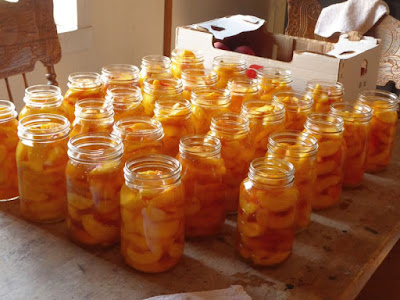 I thought they looked lovely in the sunshine. 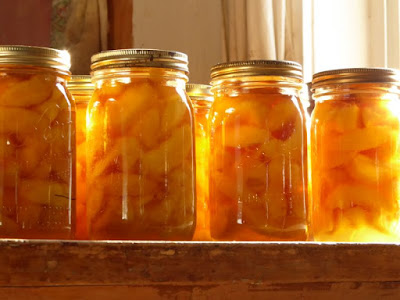 I water-bathed them for 25 minutes. I could only fit twelve jars between my two largest pots, so I did them in batches. During the third batch, one of the jars broke. It happens. 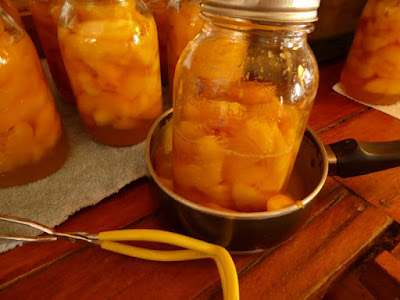 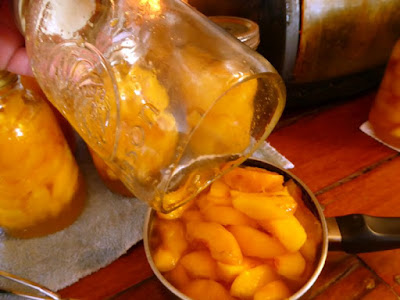 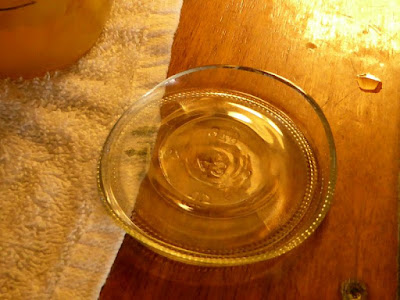 28 quarts and a bit over a gallon of purée -- not a bad haul for winter indulgence. 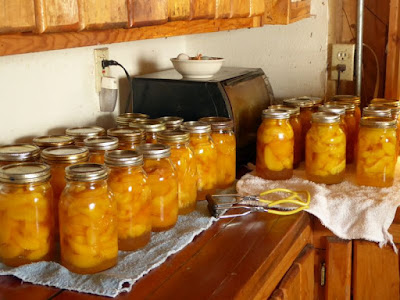 Posted by Patrice Lewis at 8:12 PM