In an effort to round out the corners in my repertoire of canned goods, I wanted to replenish our stock of canned mushrooms. This past week when I did our monthly shopping at Cash & Carry, I purchased two flats (20 lbs.) of sliced mushrooms. 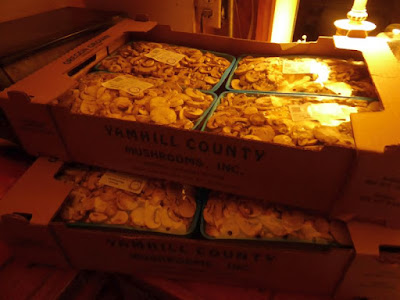 (Some of these photos were taken in the very early morning, well before dawn, so pardon any odd lighting. We needed to be someplace at noon and I wanted to get all the mushrooms canned before we left.)

I processed 10 lbs. at at time, starting with simmering the mushrooms in my largest stock pot. 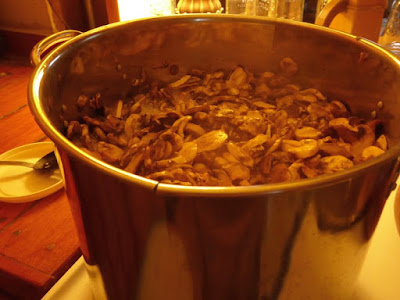 While the mushrooms were on the stove, I rounded up and washed a whole bunch of half-pint jars. In years past when canning mushrooms, I used pint jars. However since Don and I are the only ones who are fond of canned mushrooms (as complements to certain recipes, such as chicken piccata), half the pint jar of mushrooms sometimes went to waste. Half-pints are far more suited in this case. 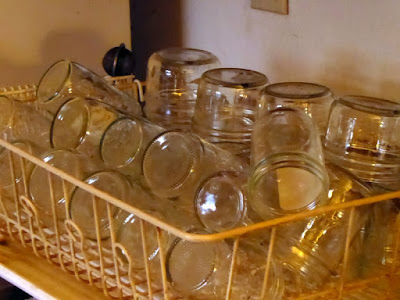 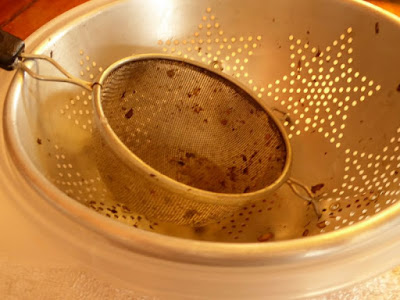 ...I scooped a bunch of mushrooms at a time into a larger colander to drain, and started filling jars. 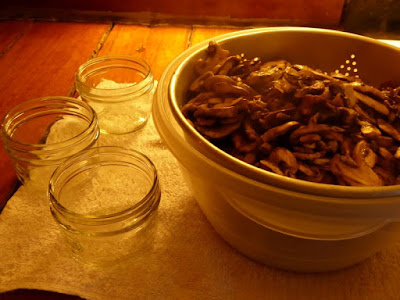 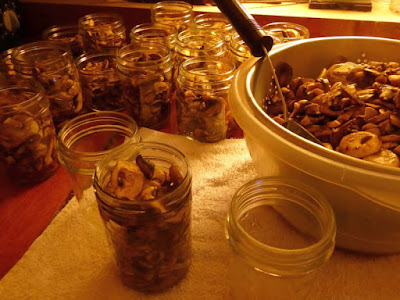 Half-pints only require a quarter-teaspoon each of salt. 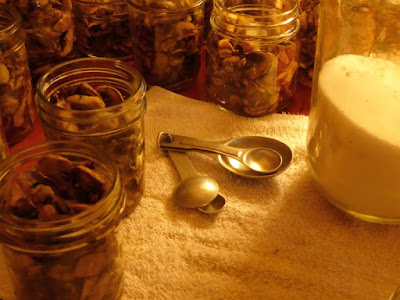 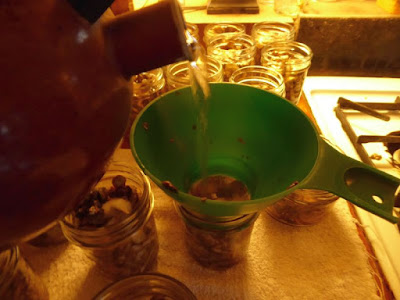 While wiping the rims, I found one jar with a large nick. Oops, it just got downgraded to non-canning purposes. I poured the contents into another jar. 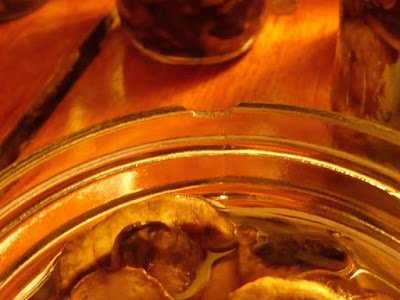 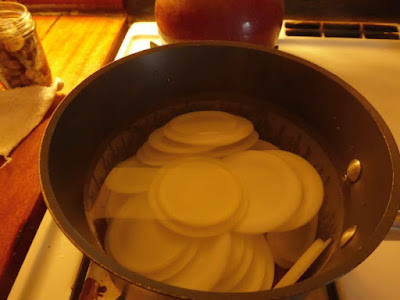 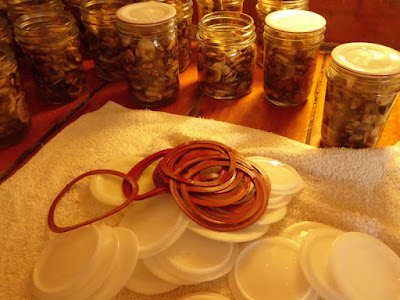 Believe it or not, I've never canned in half-pints before and wasn't sure how many the pressure canner would hold. Turns out, 13 fit on each rack. 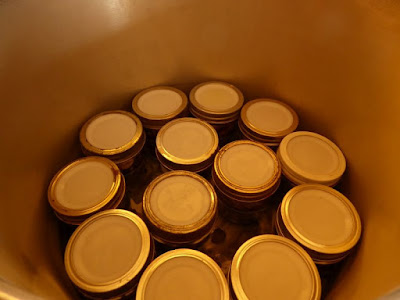 That's 26 jars altogether. Half-pints (as well as full pints) of mushrooms get pressure-canned at 10 lbs. pressure (12.5 lbs for our elevation) for 30 minutes. 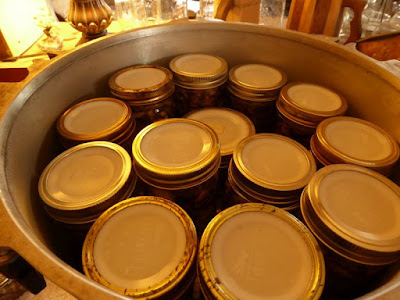 The first 10 lbs. of mushrooms gave me 28 half-pints, so I held two jars back for the next round. 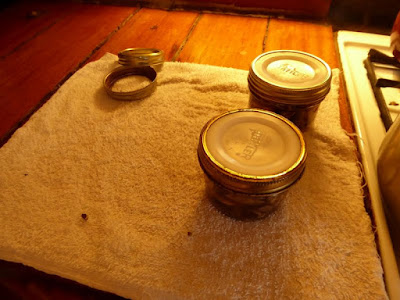 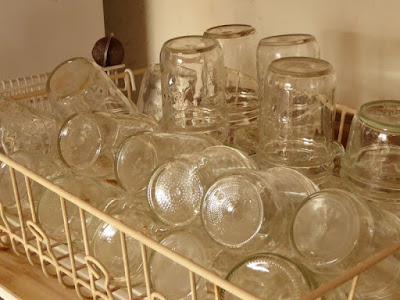 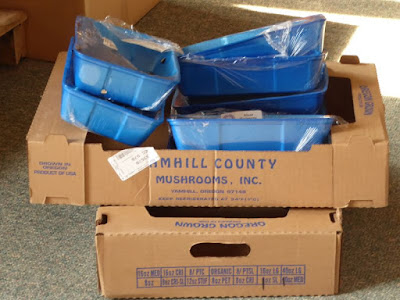 Radically messy kitchen. Let's face it, canning is NOT a tidy process. 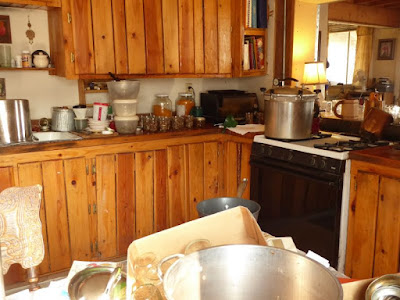 Halfway done. I held back half a basket of mushrooms for fresh use, so the second batch didn't have as many half-pints, allowing me to fit the two leftover jars into the canner this time. All the hard work is done by this point (including -- ahem -- washing dishes -- hey, I needed the counter space). 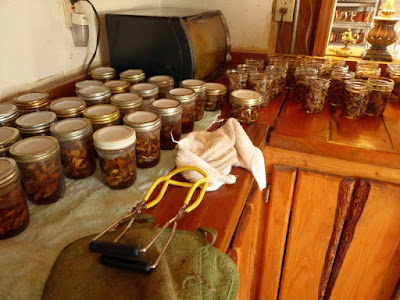 Final yield: 50 half-pints of mushrooms, enough to last us a good long time. 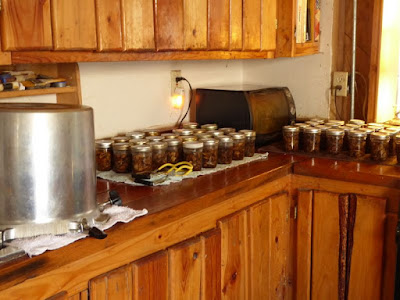 Boy do I love canning. There's nothing more satisfying than seeing those rows of jars cooling on the counter.
Posted by Patrice Lewis at 8:39 PM