Another daughter and one of THOSE days

Our friend GG, who makes such ethereal and beautiful jewelry pieces, is staying with us for a few weeks. We're so tickled!

GG's folks live across the country now, so frankly we thought we'd never see her again after she left boarding school. But an unexpected opportunity arose to have her stay with us for an extended period of time, and we jumped at the opportunity with both feet.

We had a place to put her -- a spare bedroom -- but frankly it was a MESS.

This bedroom is tucked under the steep roof of the house and its only windows are low and on the floor. Kind of a neat room, if a little dark. 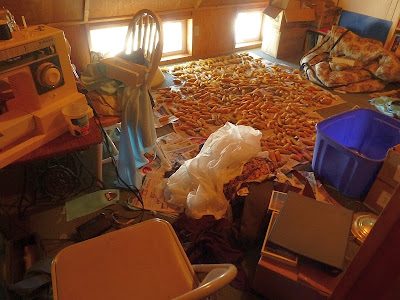 As with many spare bedrooms, it had become a catch-all for everything. We spread the corn crop up there to dry. Younger Daughter used it for sewing. We have overflow books in there. In short, GG's visit was the perfect excuse to clean it out.

So little by little we sorted, organized, discarded, donated, and otherwise got rid of the mess. 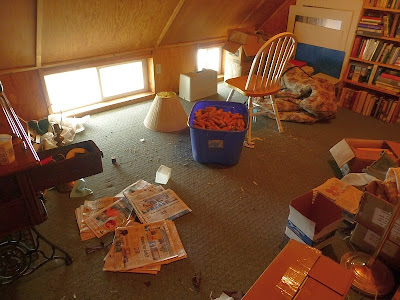 When at last the floor was clean, we moved the fold-out futon couch in as a bed (with a plywood board underneath to shore up the saggy, lumpy mattress). Clean sheets, warm blankets, ready to go... just in time to travel to the airport. 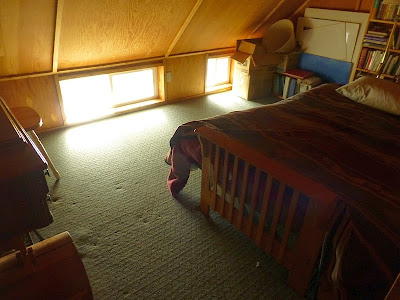 Late on Thursday evening, there she was! 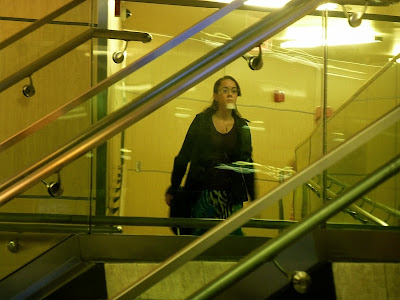 GG is like another daughter to us, so she slips right in with our family.

And she (along with our girls) is a trooper. Today we were coming back from Coeur d'Alene, climbing the steep grade heading out of town, when the car suddenly made an ominous sound: thumpthumpthumpthumpthump. Flat tire. Crud.

As I later emailed to GG's mom: "Managed to limp to the top of the grade and pulled over. Naturally I was in a place with no cell phone coverage, so I called 911, who connected me to the State Police, who called [name deleted] road service (which we have instead of AAA). Apparently our service call was "declined" (it's Saturday, after all, everyone knows flat tires don't happen on Saturdays -- remind me to renew our membership with AAA on Monday morning). So a very nice policeman showed up... 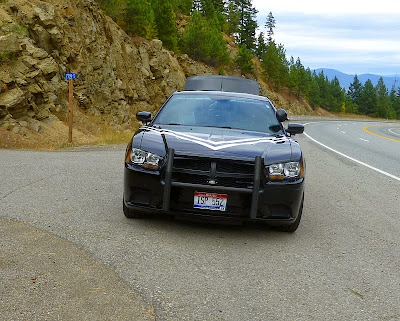 ...but because the car was parked on a slight slope, his jack wasn't high enough to lift the car to pull off the tire and neither was mine (a comedy of errors), so the policeman called a Les Schwab fellow with a mega-jack. Meanwhile the girls set up a spontaneous tea party by the side of the highway... ...and made the best of a bad situation until the Les Schwab fellow arrived... 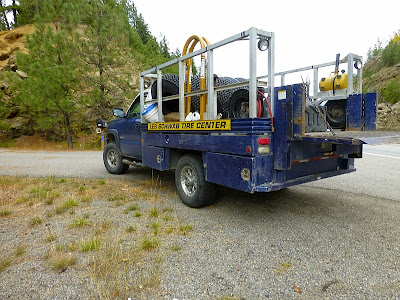 ...who was very nice and efficient and had me on my way in five minutes... 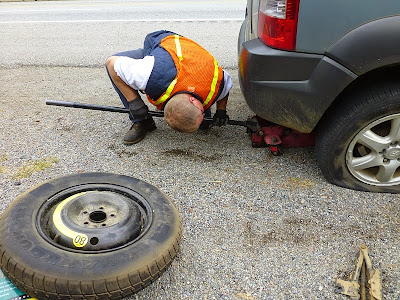 Since we were driving on the spare "donut" tire, we crept home at 40 mph, so we only got home about an hour ago. The girls were TROOPERS."

Such was my email to my friend. An hour's drive ended up taking four. 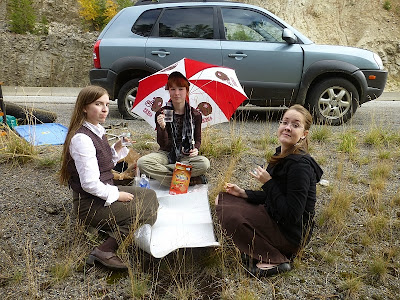 So GG will be with us until at least after Thanksgiving, and we'll savor every moment we can. Despite the flat tires and THOSE kinds of days.
Posted by Patrice Lewis at 8:32 PM